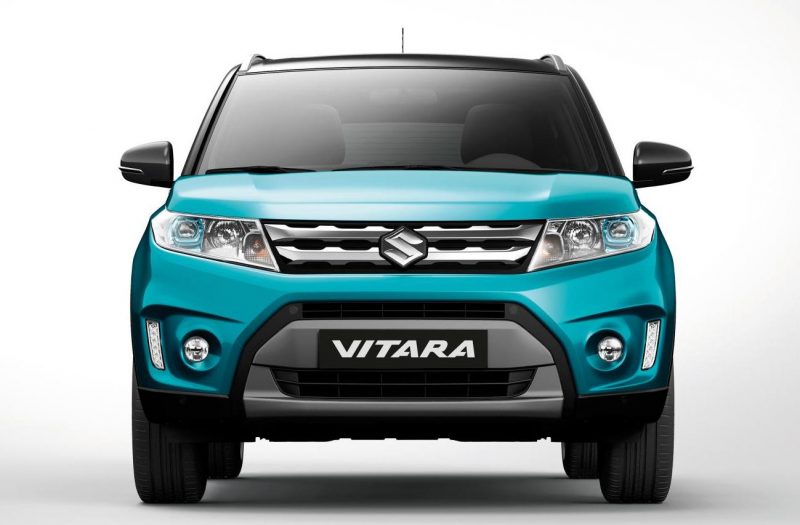 – Maruti Suzuki Grand Vitara could be launched sometime in 2019.

– It will take on the Hyundai Creta and the Renault Duster.

– The SUV will be offered with both petrol and diesel engine options.

It’s no secret that Maruti Suzuki is considering a new premium SUV for the Indian market. Called the Maruti Suzuki Vitara, the new SUV will be stacked up against the Hyundai Creta and Renault Duster. It will also compete with the upcoming Toyota C-HR and Nissan Kicks. In terms of price and positioning, the Vitara will sit above the S-Cross crossover and could be retailed through Maruti’s premium Nexa dealerships. The Maruti Grand Vitara (Suzuki Vitara) first broke cover in 2014 at the Paris Motor Show.

For people not in the know, the Suzuki Vitara (Australia-spec) was awarded ‘2017 Drive Car of the Year: Best City SUV’ for the third year in a row. Attributes such as class-leading fuel efficiency, muscular body-built and a feature-loaded cabin have always worked in its favour. Check Out – Maruti Future S Concept Pictures & Details 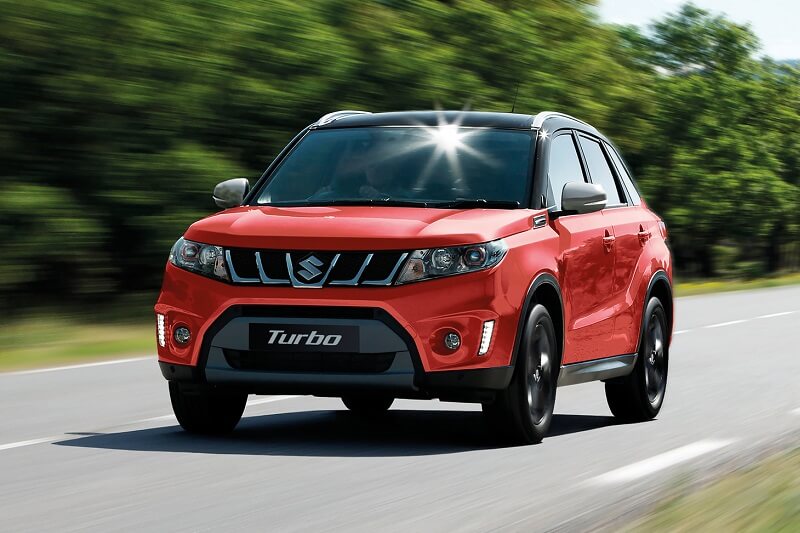 Aiming to tap the premium SUV segment, the Indo-Japanese carmaker is planning to bring the updated version of the Suzuki Vitara SUV in the Indian market. The carmaker has already begun testing the vehicle in the country. While the official launch date and details of the SUV are yet to be revealed by the carmaker, it is reported to go on sale sometime next year.

Since Suzuki only has the Vitara in its global markets, it’s almost certain that we will see the same vehicle here albeit with high-level of localisation. The higher level of localisation will ensure that it will be priced aggressively against its rivals. In India, the new Maruti Grand Vitara will be positioned and priced above the S-Cross, which is currently the company’s most expensive offering here. But we have seen how bad Maruti Suzuki’s erstwhile premium offerings, Kizashi and the old Grand Vitara, performed here, so it will be interesting to see if the Indo-Japanese carmaker manages to lure buyers this time around. Read: New Maruti Swift  – Price, Pictures & Details

Considering that the 5-seater version of the SUV will compete with Hyundai Creta and Renault Duster, it is expected to be priced accordingly. Prices of the new Maruti Grand Vitara could be as low as Rs 12 lakh for the entry-level variant and go up to Rs 16 lakh for the high-spec trim. If priced in this range, the SUV will be sold through Maruti’s premium Nexa dealerships. 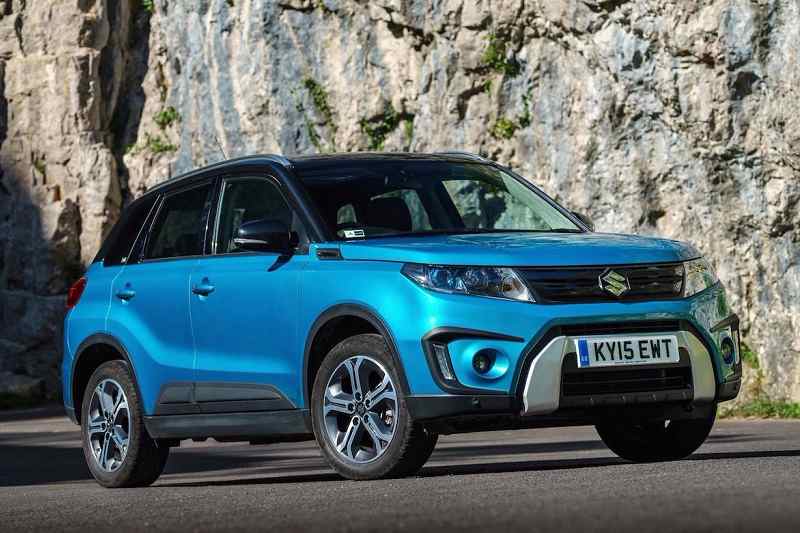 Maruti Suzuki will develop this global Vitara SUV in India, which suggests that several parts and components will be sourced from the existing Maruti cars. Most of the design and styling bits of the new Vitara will be carried over from the smaller sibling Vitara Brezza. However, it will carry more aggressive fascia and new styling elements to offer a unique look. Accentuating the front fascia of the car are a chrome grille, a set of swooping LED headlamps with integrated LED DRLs, a trapezoidal front bumper with integrated round fog lamps and clamshell bonnet with sharp lines. Read – Maruti Suzuki To Launch Toyota Corolla Based Sedan In India

As mentioned in the beginning, the new 5-seater SUV will measure above sub-4 meter in length. The overall length, width and height of the global-spec model measure 4,175mm, 1,775mm and 1,610mm respectively. It has a wheelbase of 2,500mm. With an estimated ground clearance of 185mm, it will be able to tackle rough Indian terrains. The boot space of SUV stands at 375-litres, which is good enough to accommodate 3-4 suitcases. However, the 60:40 split-folding rear seats further enhance the luggage capacity to 1,160-litres. Read – Maruti Ertiga-based Crossover Under Development 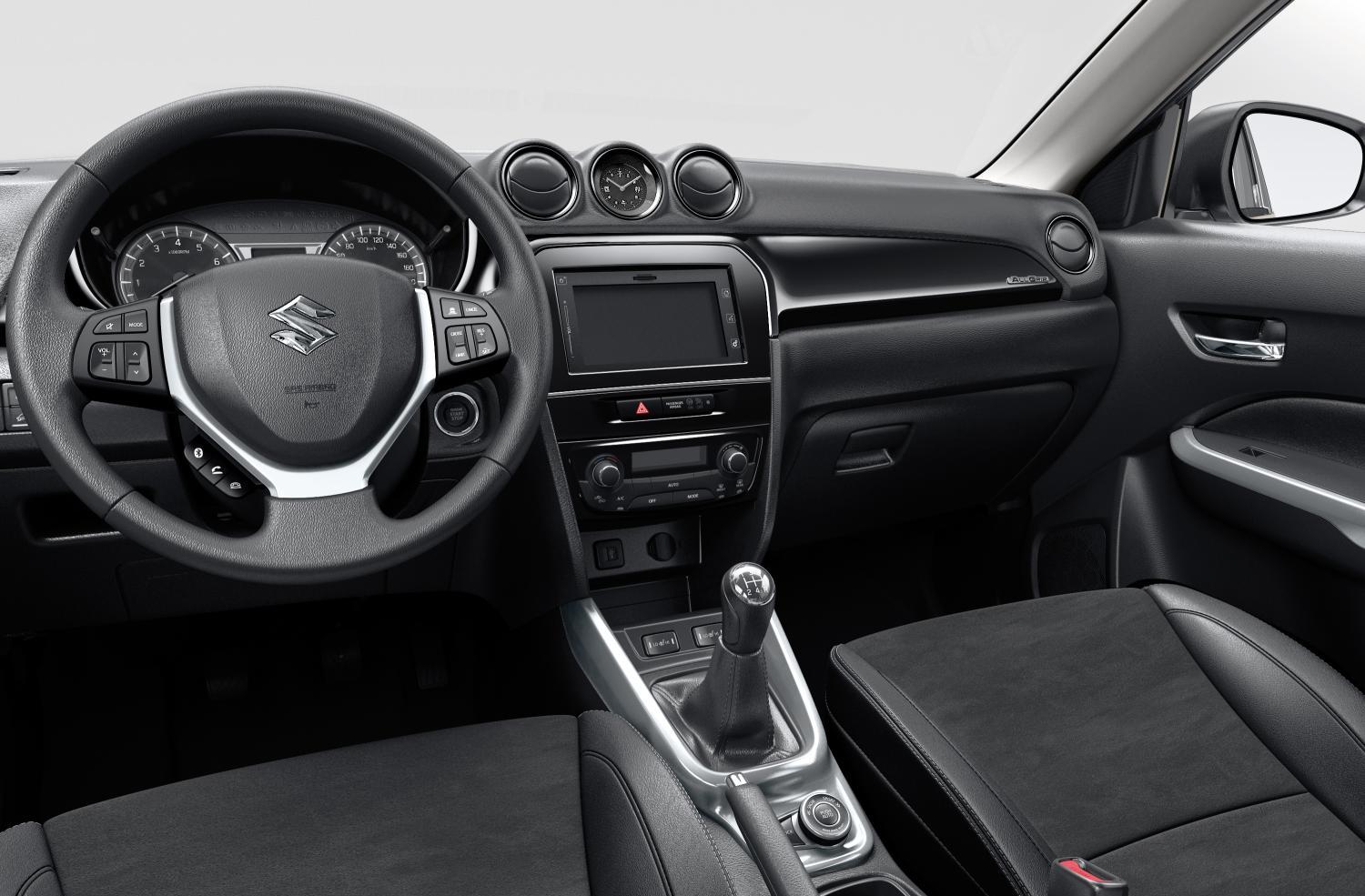 Similar to most of the new-age Maruti Suzuki cars, the upcoming Grand Vitara too might get an upmarket cabin with good quality materials. The interior will most likely sport the u-design around the gearshift lever and will get a large instrument cluster. On the feature front, expect the car to pack some new-age features including a 7-inch touchscreen infotainment system with smartphone integration such as Android Auto and Apple CarPlay, multi-functional steering wheel, audio head unit, leather wrapped steering, reverse camera with sensors and premium leather seat covers. 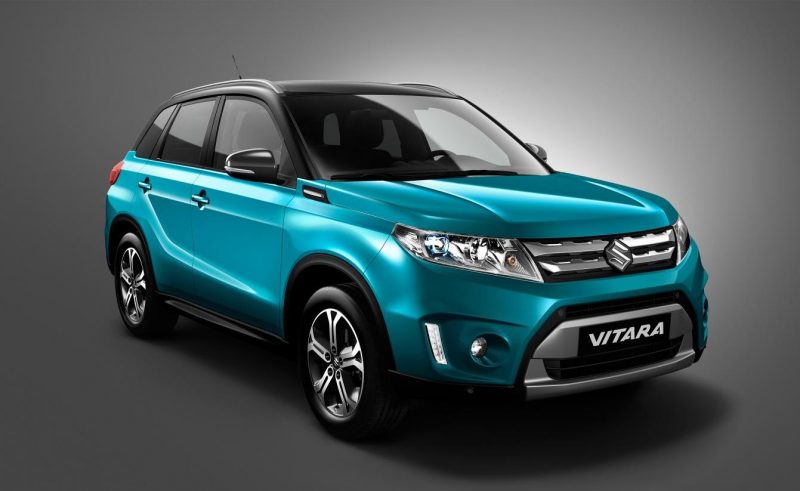 Globally, the SUV is available with both petrol and diesel fuel guise. While details on the India-spec Grand Vitara have still not been made available, but we expect it come with the Fiat-sourced 1.6-litre Multijet diesel engine and the company’s global 1.6-litre petrol or the turbocharged 1.4-litre petrol unit. While the 1.6-litre gasoline unit delivers a maximum power of 118bhp, the 1.4-litre unit pushes out peak power of 138bhp.

On the other hand, Fiat’s 1.6-litre mutlijet diesel powertrain makes power worth 118bhp against 320Nm of torque. It’s the same engine that was introduced on the S-Cross, but has now been discontinued due to poor demand for it. Transmission choices might include a 6-speed manual unit and there could be Suzuki’s ALL-Grip 4-wheel drive system, channelizing power to all four wheels. The Maurti Grand Vitara SUV will offer four driving modes – Sport, Snow, Lock and Auto. Read: New Maruti Ertiga – Launch & Other Details

Just like other Maruti cars, the new Grand Vitara will be one the most fuel efficient SUV in its league. We believe that the SUV could deliver around 16kmpl and 20kmpl in petrol and diesel guise, respectively. 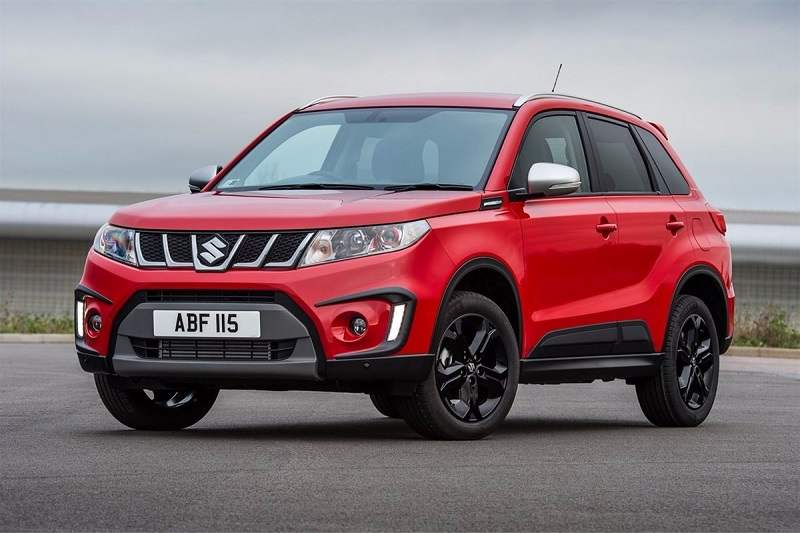 The new Maruti premium SUV will have several cubby holes like bottle holders and cup holders, and a large glovebox. Just like the global-spec, the India-bound model will offer a luggage carrying capacity of 375-litres, which is more than the Renault Captur. The split rear seats with 60:40 ratio will further enhance the practicality of the SUV, as the boot space will be further increased by up to 1,160-litres. Check Out – Maruti Suzuki e-Survivor Mini SUV Concept Pictures & Details

Measuring above sub-4 meter, Maruti’s new premium SUV will carry massive body-built and likely to offer commanding road presence. Features such as tall and aggressive stance, slopping roof-rail, high ground clearance and dual-tone colour scheme (if offered) will enhance its premium looks. Interior will surely be more upmarket and feature-loaded than the Vitara Brezza. It is likely to offer generous cabin space and luggage area, thus making it more practical for day-to-day commuting purposes. While engine details are still under the wraps, it is likely to be as fuel efficient as other Maruti cars. All these attributes, the Maruti Grand Vitara SUV will make an all-round package for Indian buyers.

To be built on Suzuki's global C platform, the new Maruti Suzuki Grand Vitara will be a seven-seater SUV to challenge Tata Hexa & Mahindra XUV500. It will be equipped with several high-end features and will get 1.6-litre MJD diesel engine.