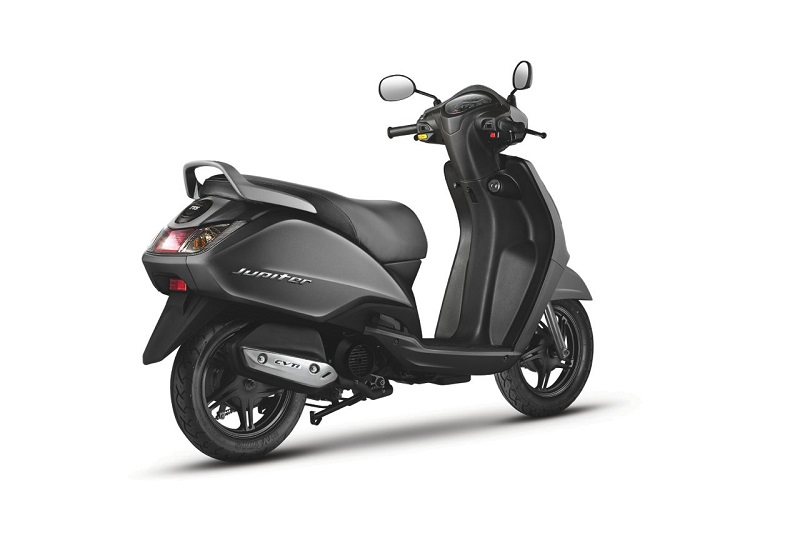 Likely to be launched during festive season, the new TVS Jupiter will get a fuel injected, 125cc single-cylinder engine

Buoyed by excellent response for Jupiter 110, TVS Motor Company is now planning to launch a 125cc version of this scooter in the Indian market. The new TVS Jupiter 125 has been snapped at one of the company’s stockyard. Though the spotted model was fully covered in camouflage, the pictures clearly reveal the resemblance with the 110cc Jupiter. This model is reportedly to be powered by a 125cc fuel injected engine. Read More – TVS Jupiter 110cc price & Other details

Report suggests that the scooter is equipped with a new digital instrument console with an analogue speedometer. The vehicle could also source the same Econometer (Eco and Power modes) from the smaller displacement Jupiter. It also gets headlamp on/off switch. The Jupier 125 could also become the first scooter in India to get fuel injection system. The spotted model features the same alloy wheels and front disc brakes offered in the regular model. The new Jupiter is expected to be powered by a 125cc engine with fuel injection unit paired to a CVT automatic unit. 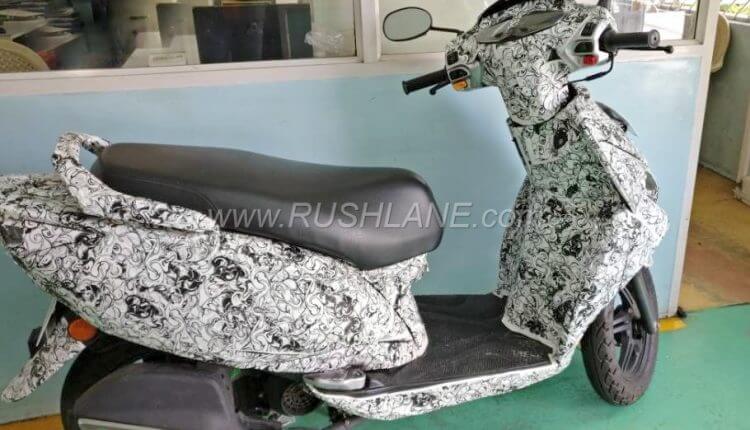 TVS is yet to make an official announcement on the launch of the new Jupiter. However, media reports suggest that the scooter could go on sale during festive season (September/October) 2017. We will update you as soon as TVS announces its launch details. Read More – TVS Apache RR 310S Launch & Other Details

The new Jupiter is expected to be powered by a 125cc, single-cylinder, fuel injected engine. This BSIV compliant petrol engine will be coupled to a CVT automatic gearbox. It is likely to produce close to 10bhp of power and 9-10Nm of torque. The scooter is also likely to get the patented Econometer technology, which guides the rider in both Eco and Power model. It will also get the digital IDI with ignition map technology. Power will be transmitted to the wheels via a CVT automatic unit. Read More – TVS Wego | TVS Entorq

As a reminder, the current model is powered by the same 109.7cc, 4-stroke, single-cylinder air-cooled engine that is good for 7.88bhp and 8Nm of torque.

This 125cc scooter is expected to be highly fuel efficient. We expect it to return close to 55kmpl of mileage. 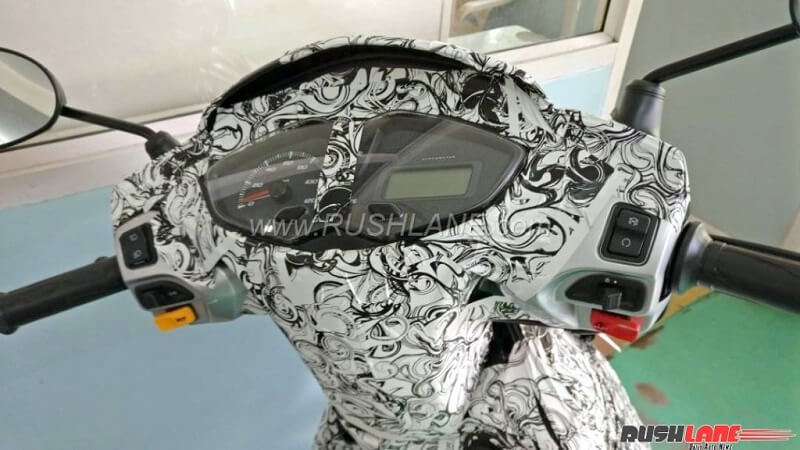 Dimensionally, the new Jupiter is expected to be similar to the 110cc model. The current model is 1,834mm long, 650mm wide and 1,115mm tall, and has a wheelbase of 1,275mm. The ground clearance of 150mm makes easier to ride it through Indian city roads.

The new Jupiter will get a new 125cc engine with a fuel injection system, which will make it refined, more powerful and torquier. This scooter will have better throttle response and cold start characteristics