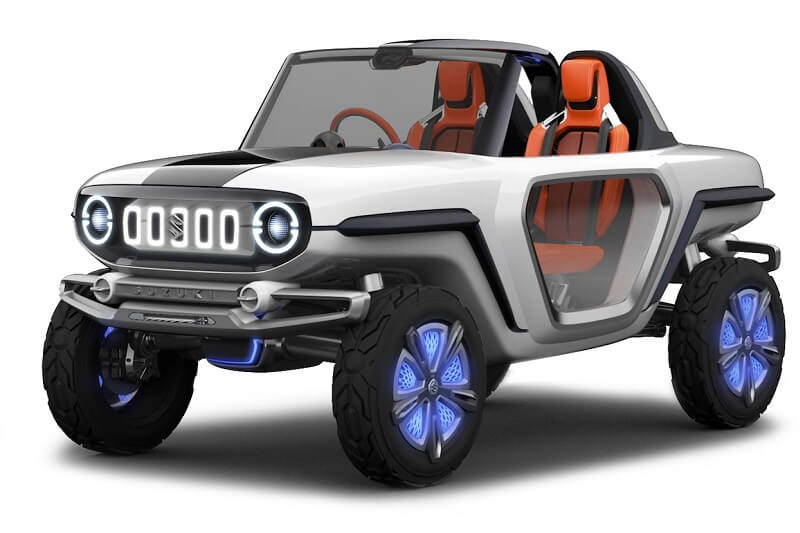 – Suzuki e-Survivor electric mini SUV concept is based on the ladder frame chassis.

– The off-roader features four-electric motor, one for each wheel, and an electric 4WD system.

– It’s claimed to be designed and developed as a zero-emission vehicle with electric motor.

Maruti Suzuki has unveiled the e-Survivor electric SUV concept for the Indian market. The concept made its debut at the 14th edition of Auto Expo in Greater Noida. Besides this, the Indo-Japanese carmaker also showcased the Concept Future S Mini SUV at the event. Just so you know, the e-Survivor small off-roader concept was first previewed at the Tokyo Motor Show in 2017. The company claims that the Maruti Suzuki e-Survivor “inherits the magnetic identity of Suzuki from the Jimny and the Vitara”. 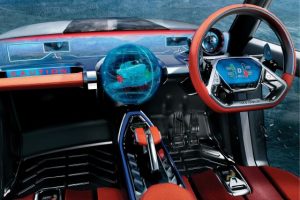 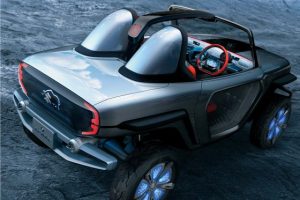 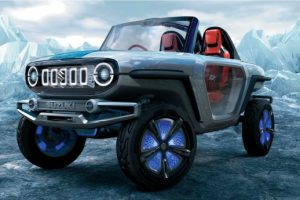 As mentioned above, the e-Survivor mini SUV is built on the ladder frame chassis and has a lightweight compact body. Face of the concept looks largely identical to the Jimny compact SUV featuring 5-slot grille flanked by round headlights. This model also gets white LED illuminated border on the grille slots and around circular headlights. The Blue illumination on the alloy wheels and underbody add more to its sporty looks. The SUV comes fitted with huge wheel arches and sporty large tyres. Read About – Maruti S-Cross facelift | Maruti Grand Vitara

Inside the cabin, the Maruti Suzuki e-Survivor concept features a large glass panel that hides the opening and closing mechanism of doors. It comes equipped with a spherical display that shows the car and its surrounding areas. Adding to it, the vehicle gets several sensors mounted around the SUV that give the information to the screen.

Based on the ladder frame chassis, the new e-Survivor off-roader concept is claimed to be designed and developed as a zero-emission vehicle with electric motor as powertrain. The concept model comes fitted with four-electric motors, one in each wheel, supported by an AWD (all-wheel-drive) system. Read: New Maruti Swift – All You Need To Know

The e-Survivor concept is not likely to enter into production anytime soon. The company is working on an affordable electric car for the Indian market, which is expected to arrive in 2020. Just to jog your memory, Maruti Suzuki and Toyota collaborated to introduce electric technologies and electric cars in the Indian market by 2020.