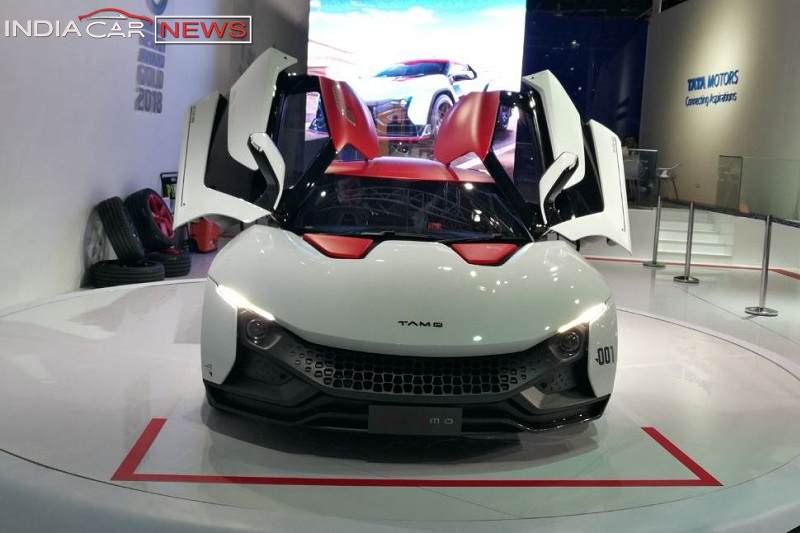 – It will be India’s first connected car with Microsoft’s in-cabin connectivity features.

Tata Motors’ pavilion at 2018 Auto Expo is surely one of the most happening ones. The home-grown carmaker has shown its brand new premium hatchback and two new SUVs along with six electric vehicles and 26 smart mobility solutions. The performance zone of the carmaker has also grabbed attention – thanks to the TaMo RaceMo, Tigor Sport and Tiago Sport. Tata’s first ever sportscar – Tamo Racemo has finally made its India debut at the Expo. Touted to be the first model under Tata’s sub-brand TaMo, the mid-engined sports coupe had its world debut at the 87th Geneva Motor Show. Appreciated for its sporty design, the Racemo crowed with the German Design Award (GDA) in the Gold category for International Excellence in ‘Exceptional Product Design’ in October, 2018.

Tata’s Tamo RaceMo would be India’s first connected car with advanced in-cabin connectivity features developed by Microsoft India. The sports-car brims with lots of high-tech features such as an advanced navigation, predictive maintenance, remote monitoring and over-the-air updates built on Microsoft’s cloud-based technologies. There are three screens in the instrument area to connect with these technologies. Just so you know, Tata Motors entered into a strategic partnership with Microsoft India in February last year, soon after introducing TaMo sub-brand. For people not in the know, Tata Motors shelved the Racemo’s production plan due to its high production cost. It had certainly broke million of Indian hearts that were waiting for the vehicle. 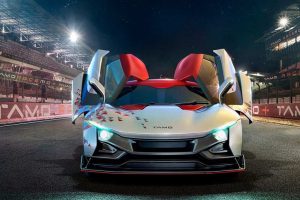 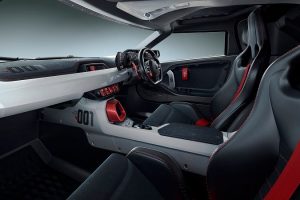 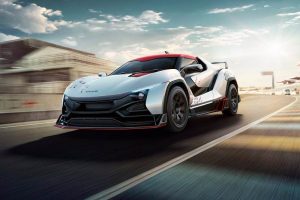 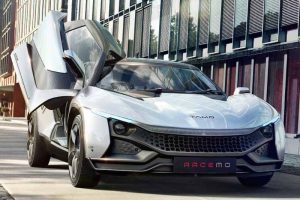 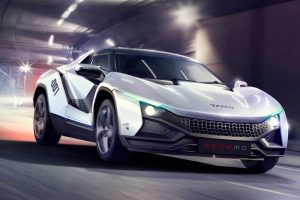 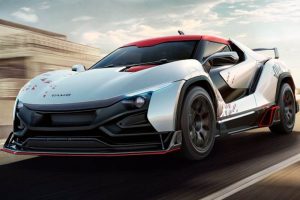 Tata Motors teased the sports-coupe at the introduction of its sub-brand, TaMo in February 2017, which was followed by its global debut at the 87th Geneva Motor Show in March 2017. Now, the home-grown carmaker has revealed the two-seat mid-engined sportscar for the Indian market at the 2018 Auto Expo. As far as launch is concerned, Tata has no plan to bring in the sports car in India. Also See- Tamo Racemo Explain In 8 Quick Points 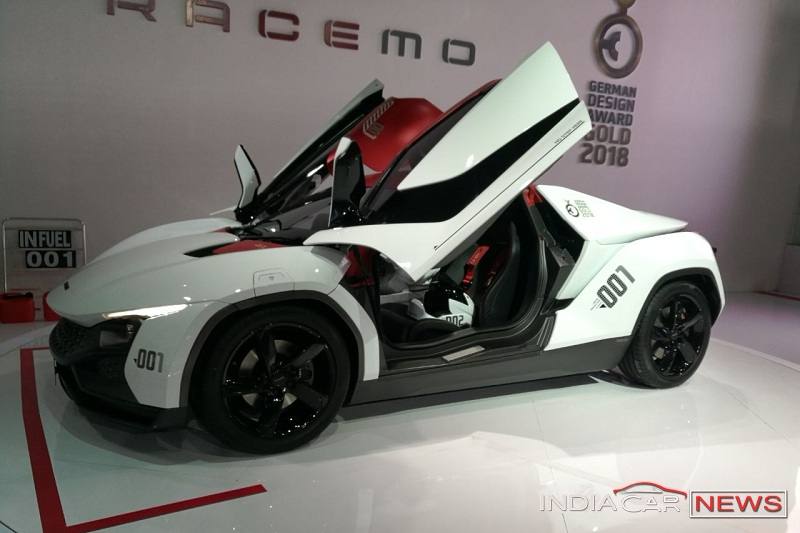 As of now, there is no information whether the sports coupe will make its way to production or not. So, it would be quite early to comment on its pricing. Even if, the Racemo enters production and launched in India, we expect to be priced aggressively. It could be the most affordable sports coupe in India with the prices estimated to fall between Rs 25 lakh to Rs 30 lakh. Check Out – New Tata Cars and Concepts at Auto Expo 2018 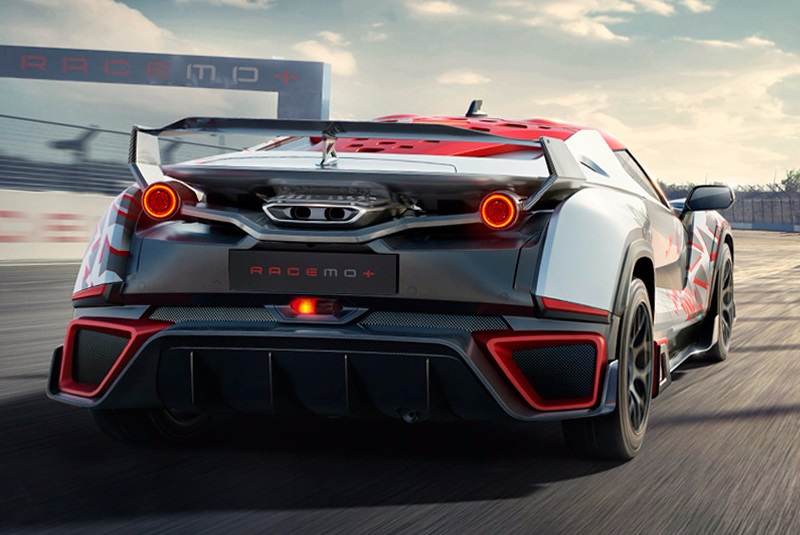 The Racemo is essentially a two-seat, mid-engined sports coupe under Tata’s sub-brand Tamo. Measuring less than four meters, the sports car makes use of Tata’s 1.2-litre turbocharged Revotron aluminium engine with intercooler for generating power. This low capacity engine has been tuned for producing a top power of 186bhp at 6,500rpm and 210Nm of torque at 2,500rpm. This motor is coupled to a six-speed automated manual gearbox supported by paddle shifters for transmitting power to wheels. Sporting a special body fitted with Tata’s MOFlex multi-material sandwich structure, RaceMo carries light weight and is claimed to mark 100kmph from stand still within six seconds. Check Out – Upcoming Tata Cars in India 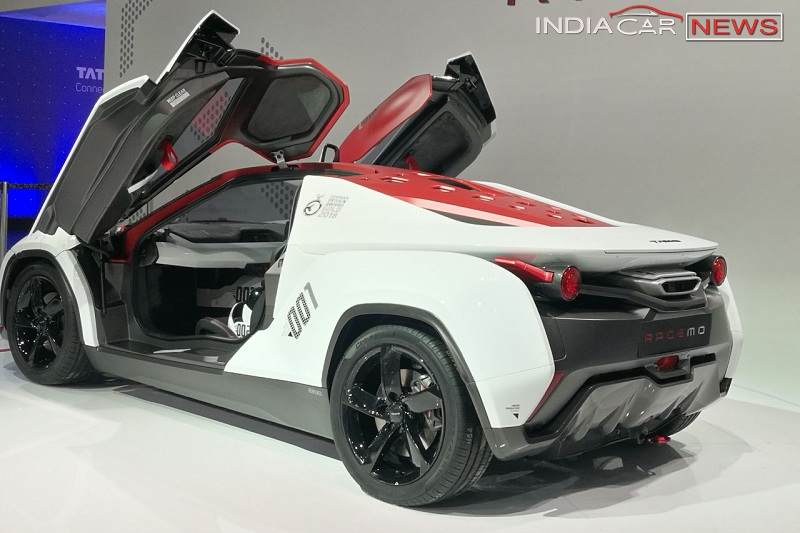 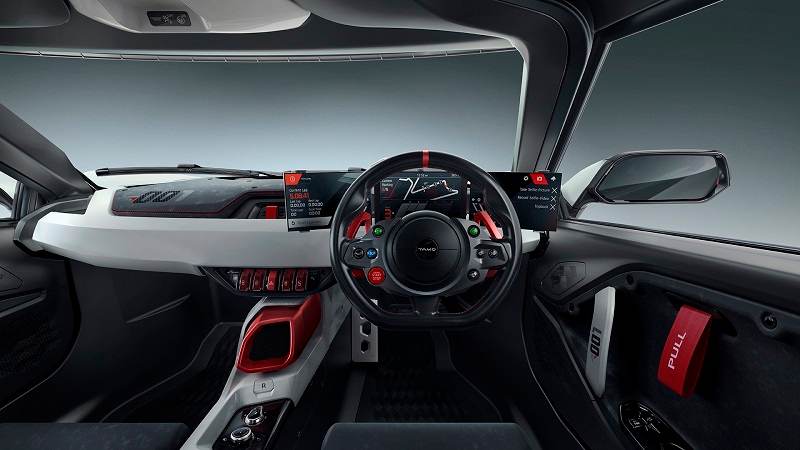