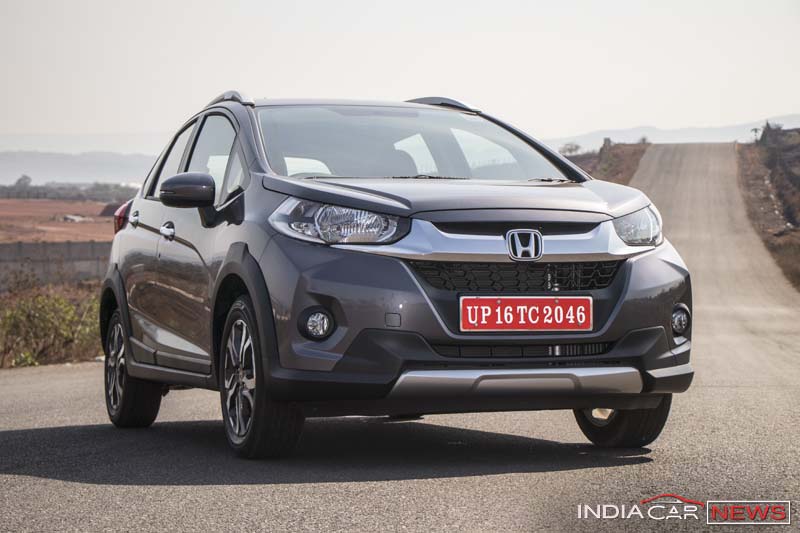 – Honda WR-V is one of the best-selling subcompact SUVs in India.

– The diesel version delivers a class-leading mileage of 25.5kmpl.

– The Honda WR-V takes on the Tata Nexon and Ford EcoSport.

Launched in March 2017, the Honda WRV subcompact SUV has been doing really well for the Japanese carmaker in India. The sub-4 meter SUV is currently one of the two best selling cars in the market. It is also one of the top five best-selling utility vehicles in the country. Honda manages to sell around 4000-5000 units of the WR-V constantly every month. Within first year of its arrival, the Jazz based crossover achieved sales milestone of 50,000 units in the country.

After the City, the WRV is the second best-selling Honda vehicle in the country. The crossover registered a cumulative sales of 37,031 units in the last calendar year, accounting a growth of 28%. About 80% of WRV buyers opted for the range-topping VX grade and 20% chose the entry-level S grade. As of engine, about 58% of the customers picked the 1.5-litre i-DTEC diesel powertrain that delivers a class-leading mileage of 25.5kmpl. Read – Honda WR-V Vs Maruti Vitara Brezza 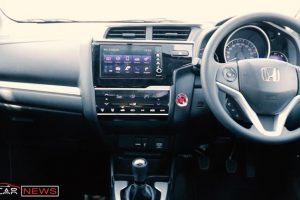 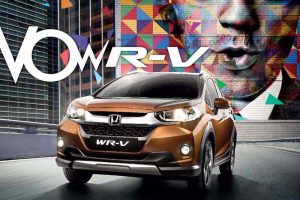 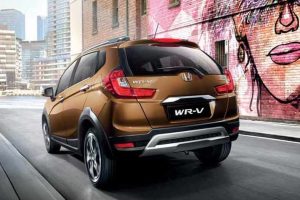 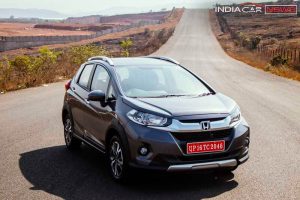 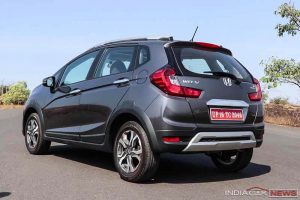 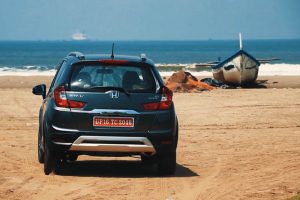 With the implementation of the GST tax regime, the Honda WRV prices had been trimmed down by around Rs 8000 in July 2017. The price list was further revised in January 2018. The SUV is now available within range of Rs 7.78 lakh – Rs 9.00 lakh and diesel variant is priced between Rs 8.81 lakh and Rs 9.99 lakh (all the prices are ex-showroom, Delhi). This compact SUV was launched in the range of Rs 7.75 lakh to Rs 9.99 lakh. Entering a space that has catapulted into a snowball lately, WR-V is faring well against rivals including Maruti Vitara Brezza and Ford EcoSport.

Designed on the Jazz hatchback, the new Honda WRV is equipped with a host of crossover bits that save it from being mistaken as Jazz’s spin off. Instead, the front fascia seems more inspired from the BR-V. It features a bold chrome band that runs between the pulled back headlamps. In addition, it gets a newly designed bumper with lots of contours, creases and cuts that infuses aggression to the front profile.

Unlike the front end, the side profile of the crossover seems likely identical the Jazz hatchback. It has borrowed the side panels, character lines, doors and window shape from its donor hatchback sibling. Though, Honda has added new bits such as new roof rails atop, plastic cladding on the lower body, new diamond cut alloy wheels and flared wheel arches. The rear profile of the SUV gets several new design highlights, adding to a new identity. It is equipped with newly designed L-shaped taillights, new tail-gate and the dual-tone bumper that gives it a sporty profile. In addition, the license plate has been repositioned a tad that sets it apart from its donor hatchback. Check Out – New Honda CR-V Pictures & Details

Unlike the exterior, the cabin of the SUV has been directly lifted from the Jazz hatchback. Except for the new features, the overall design is similar to the hatchback sibling. The quality of the material used on the rear seats are neither too hard nor too soft that makes it very comfortable to use. The plastic quality is also improved and the addition of sound deadening material keeps the cabin silent. 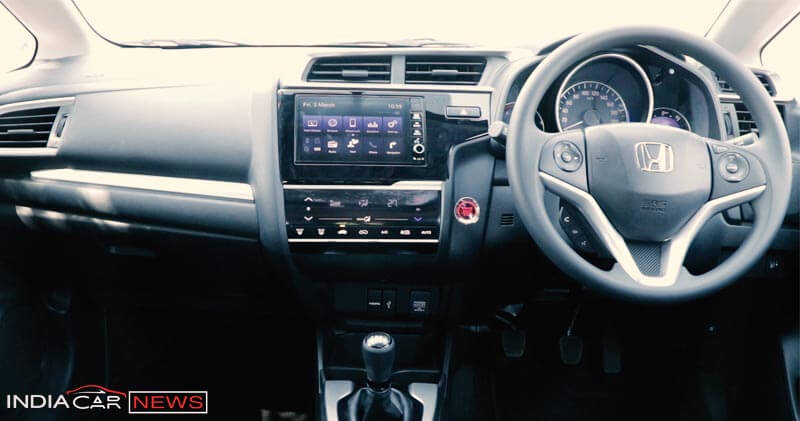 The WR-V line-up comprises of two variants each in petrol and diesel guise with a choice between two manual gearboxes. The gasoline version of the car derives its power from a 1.2-litre, i-VTEC unit that also does duty in the Brio and Jazz. This engine pushes out 89bhp of power at 6,000rpm and 110Nm of torque at 4,500rpm. On the other side, the WR-V diesel variant is propelled by a 1.5-litre i-DTEC unit that churns out 99bhp of maximum power at 3,600rpm as against 200Nm at 1,750rpm. Transmission duties on the petrol version are performed by a 5-speed manual, and a 6-speed manual on the diesel WR-V. In attempt to offer better acceleration, Honda has tweaked the gearing.

The Japanese automaker is also planning to add a more powerful 1.5-litre i-VTEC petrol engine to the WR-V carline. This new variant will produce a maximum power output of 118bhp and a peak torque of 145Nm. It might also get an optional 7-speed CVT gearbox, which is currently missing in the range. Comparison – Honda WRV Vs Honda Jazz – What’s The Difference

The diesel engine does well on low rpms but cannot maintain it after a certain point. During overtaking, one feels the need to downshift the gear multiple times, which makes it a tad tough to ride through traffic, but once you get accustomed to it, the car is fun to drive. The diesel engine is a bit noisy that hinders the ride quality of the car. Though, it is better than petrol version in terms of driveability due to the smooth power delivery.

Honda has altered the dimensions in a bid to provide more space on the inside. The compact SUV is 44mm longer, 40mm wider and 57mm taller than the Jazz sibling. The overall length of the car is 3,999mm, while its width and height stand at 1,734mm and 1,601mm respectively. The wheelbase too has has been raised by 25mm to 2,555mm, which makes it more spacious inside the cabin to accommodate five adults. Ground clearance is around 188mm and the luggage compartment is 363-litres large. Read –Upcoming Honda Cars In India

Both the powertrain of the Honda WRV promise impressive mileage. In fact, Honda WR-V diesel is one of the best mileage cars in its league. While the gasoline model is claimed to return a fuel economy of 17.5kmpl, the oil burner delivers an ARAI certified mileage of 25.5kmpl. Read – 2018 Honda Jazz – All You Need To Know 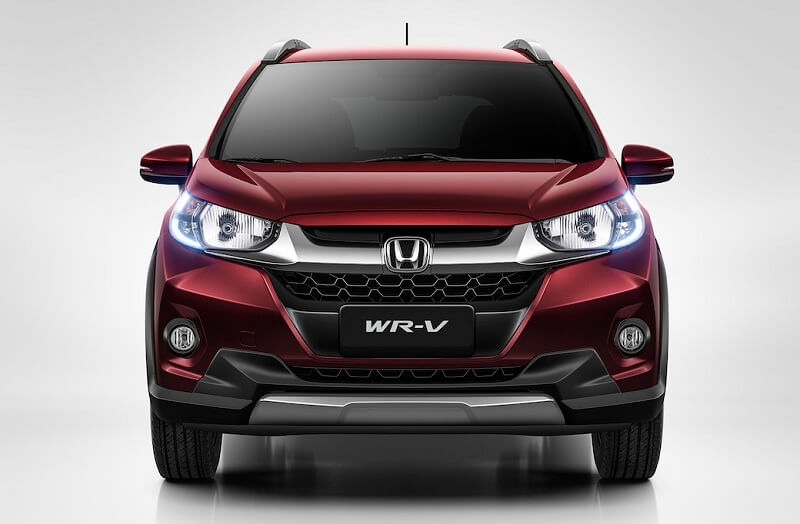 Comfort goodies such as automatic climate control with touch control panel, one push start/stop button, smart key with keyless remote, keyless entry & central door lock, driver side power door lock master switch, all power windows with key-off time lag, cruise control, power operated ORVM with power folding function, front centre armrest with storage console, accessory charging ports with li etc are packed in the SUV. Changes made to the dimensions make the interior more comfortable in terms of space. The cabin with increased proportions allows space for five adults. The driver’s seat in front, is well-cushioned and offer great thigh support, back support and gets a height adjuster. While there is enough headroom in front, the rear side offers better legroom and knee-room. Check Out – Honda Jazz X-Road Pictures & Details

Utility space on the inside includes bottle holders on front and rear doors, cubby holes, front seat back pocket, glovebox etc. The front armrest in front also comes with storage space and there are two cup holders in the front console box. Compared to the Jazz, the subcompact SUV is 44mm longer, 40mm wider and 57mm taller. In addition, the wheelbase has been increased by 25mm and the ground clearance has also been raised by 23mm. With these changes, the SUV offers decent room inside the boot that stands at 363-litres.

Based on Honda’s premium hatchback Jazz, the subcompact SUV sport more aggressive styling and is visually more appealing. Similarly, the SUV is more efficient when it comes to performance. Although, Honda could have worked on the cabin insulation, especially in the diesel version. Keeping aside the above limitation, the model fares well against rivals in the segment.

Based on the Jazz platform, the Honda WR-V is the first sub-compact SUV/crossover from Honda Cars India. Besides the platform, it also share its engine options with its hatchback sibling.