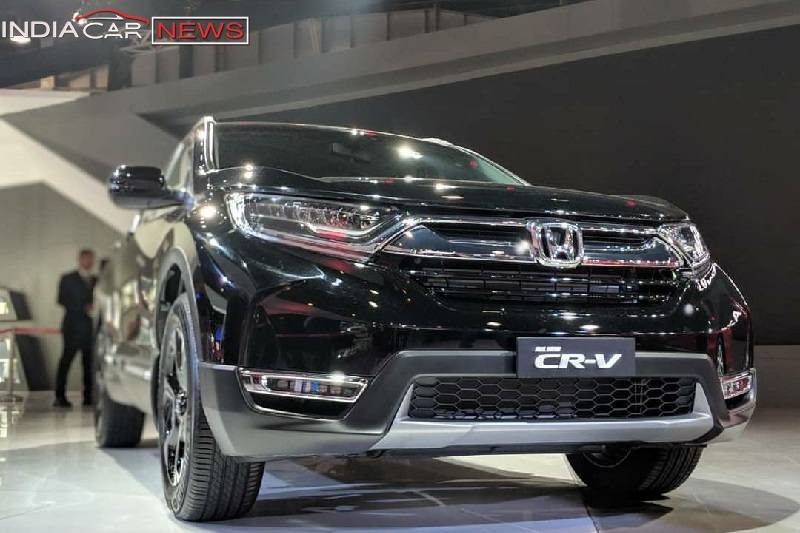 The long-awaited 2018 Honda CRV 7-seater SUV has finally been launched in the Indian car market. Available in 3trim levels, the SUV is priced in the range of Rs 28.15 lakh – 32.75 lakh . The company has shifted its strategy and is now aiming at premium segment to further strengthen its market position. Japanese automaker will launch the new-gen Civic sedan in India in the first quarter of 2019. Just to jog your memory, Honda had showcased the new CR-V at the 2018 Delhi Auto Expo. The new CRV is based on all-new modular platform, receiving several changes in the form of new design, better equipped cabin and new powertrains.

The 2018 Honda CRV is available in two seating configurations – 5 and 7-seater. Besides, 7-seats layout, the new CRV adorns company’s new design language and a more spacious and better quality interior along with a pack of new comfort and safety features. Featuring sharper front, the new SUV looks bolder and more premium than the outgoing model. It is longer and wider, measuring 4,571mm in length and 1,885mm in width. Wheelbase has been raised to create better cabin space. The company has given special attention to its cabin, which is loaded with several high-end features. In terms of equipment, the new CRV has a new 7-inch touchscreen infotainment system with Android Auto and Apple CarPlay, and 8-way electrically adjustable driver seat, dual-zone HVAC and remote engine start.

The biggest change is made under the bonnet. For the first time, the 2018 Honda CRV 7 seater SUV is available with a turbocharged diesel engine. Powering the new model is a locally developed 1.6-litre i-DTEC diesel engine, which will also power the upcoming new Civic sedan. This diesel engine is claimed to deliver “refined and responsive performance”. The SUV also gets an all-new ZF 9-speed automatic gearbox, supported by FWD (front-wheel-drive) and optional AWD (all-wheel-drive) system. Based on new Civic’s modular platform, the 2018 CRV is safer than the previous model – thanks to the Honda SensingTM suite of advanced safety and driver-assistive technologies. Check Out – New-gen Honda CR-V Picture Gallery

The new generation CRV 7-seater SUV receives comprehensive aesthetic and feature updates. Besides this, the car is also equipped with a new 1.6-litre Honda’s Earth Dreams diesel engine and a 9-speed automatic gearbox. This engine has been locally developed at the company’s Tapukara, Rajasthan based plant. This has helped the automaker to price the new SUV quite competitively. The SUV is available in 3 trim levels – Petrol CVT 2WD, Diesel 9AT 2WD and Diesel 9AT 4WD – priced between Rs 28.15 lakh and Rs 32.75 lakh

. Read: New Honda Accord – All You Need To Know

The fourth-generation Honda CRV was failed to generate volumes for the carmaker due to two reasons – seating configuration (5-seats) and lack of diesel engine. Honda has addressed both the issues with the new-generation model. Honda not only added the third seats row on the new-gen CRV, but offers a new 1.6-litre i-DTEC diesel engine as well. Manufactured locally at Honda’s Tapukara plant, the new turbocharged diesel engine churns out a maximum power output of 118bhp at 4,000rpm and 350Nm of torque at 2,000rpm. The Honda’s Earth Dreams diesel motor is paired to an all-new ZF 9-speed automatic gearbox. It was speculated that Honda will launch the more powerful version of this engine. However, this will make it more expensive than the previous model. Full Report Here

The 2018 Honda CR-V’s petrol version gets an all-new 2.0-litre i-VTEC engine that replaces the older 2.4-litre i-VTEC unit. This engine is capable of producing 154bhp of maximum power and 189Nm of torque. Transmission duties will be carried out by a CVT automatic unit. It will only come in the front-wheel-drive form, devoid of paddle-shifters.

Damping duties on the SUV has been taken care of by MacPherson strut and Multi-link suspension units fitted at the front and rear axles respectively. Its braking system comprises of ventilated disc upfront and solid disc rear brakes.

Sharing its platform with the new Civic sedan, the 2018 Honda CRV measures 4,596mm in length, 1,855mm in width and 1,679mm in height. The wheelbase and ground clearance of the SUV stand at 2,660mm and 198mm respectively. While the former makes it more spacious than the current model, the latter one helps it tackle Indian road conditions more efficiently. The wheelbase of the car has been increased by 41mm, while the rear seats offer 53mm more legroom. The 7-seater model offers a boot space of 150-litres, which can be stretched by up to 967-litres by folding third row and second row respectively. Read – Honda WR-V – All You Need To Know 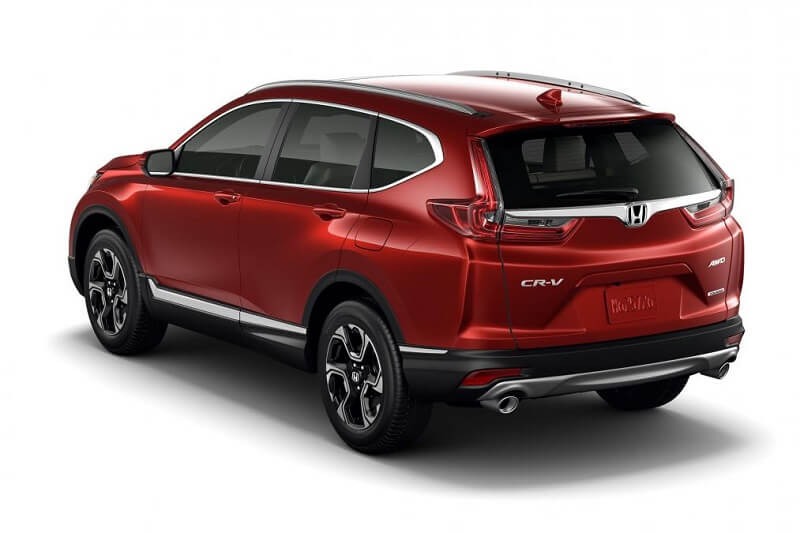 Visually, the new-gen CRV looks bolder and more premium than the current one. Sharing its bits with the new Civic and BR-V, the SUV features sharper front-end design elements such as wing-shaped LED daytime running lights, wide and muscular fenders and sportier headlamps. Interestingly, the 2018 CRV 7 seater is Honda’s first car to feature an automatic shutter grille tech that reduces its aerodynamic drag.

The SUV, however, retain the vertically positioned tail-lamp from the current-gen model. The car also features short overhang and dual exhaust. Design elements such as Active Shutter Grille (for the first time), High Beam Support (AHB) headlights, hands-free access power tailgate, a pair of 18-inch aluminium wheels and rain-sensing windshield wipers will be reserved for the top-spec model. The SUV also gets Honda-first available Hands Free Access Power Tailgate enabling to open and close the tailgate by simply kicking a foot under its rear. Read – Honda Jazz Facelift Coming Soon 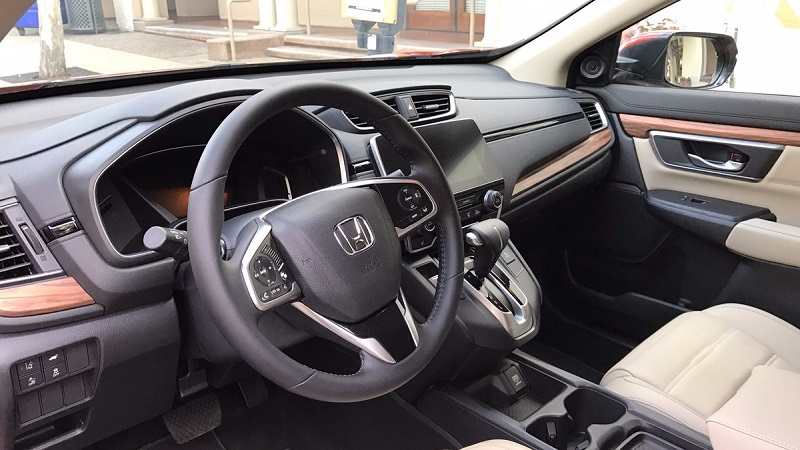 Similar to the exterior, the cabin has received comprehensive cosmetic and feature upgrades. Step inside, and the first thing you will notice is the 7-seats layout and better interior packaging. Sitting on 41mm longer wheelbase, the vehicle now offers 53mm better rear legroom and 2 cubic feet more luggage area. For the record, Honda claims that the 2018 Honda CR-V offers the best-in-class cabin space and rear seat legroom.