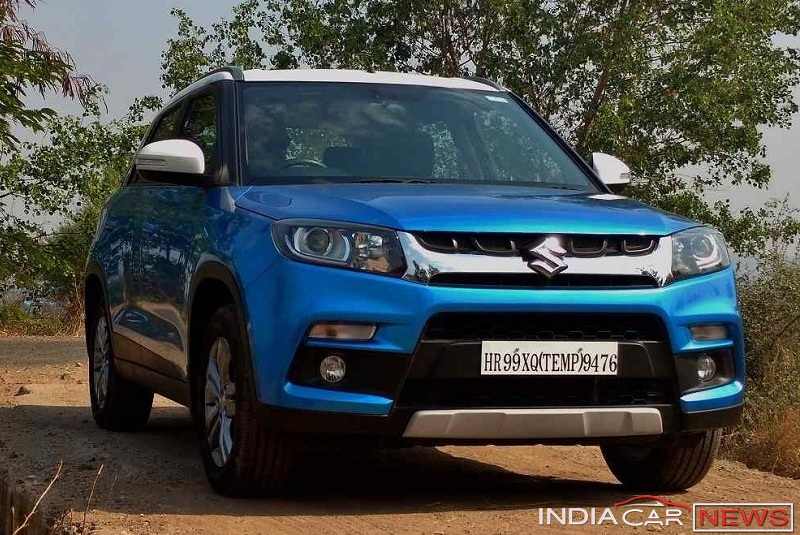 Launched in March 2016, the Maruti Vitara Brezza compact SUV has been receiving an excellent response from car buyers in the country. The company has been constantly selling over 10,000 units of the car on monthly basis. Despite increase in production, the Brezza currently commands a waiting period close to 3 months. Since the model is over 2 years old, the Vitara Brezza is now ready to receive some changes in features and variant rejig. The company is currently facing stiff competition from the likes of Ford EcoSport and Tata Nexon. The 2018 Maruti Vitara Brezza will get new alloy wheels in the top-spec ZDi trim.

The current entry-level variants are not offering ABS and dual front airbags as optional. However, the 2018 model will get these safety features as standard. The SUV is available in three trim levels – LDi, VDi and ZDi – with diesel engine only. It is priced in the range of Rs 7.42 lakh – Rs 9.85 lakh (ex-showroom, Delhi). As the demand for Maruti Vitara Brezza remains high, the Indo-Japanese carmaker is planning to bring in the petrol iteration of the vehicle. The petrol model is likely to be powered by a 1.0-litre Boosterjet engine that also powers the Baleno RS. This turbocharged petrol engine is capable of producing 100.5bhp of power and 150Nm of torque. Also Read: Maruti Vitara Brezza Review – Should You Buy it?

Besides, Maruti Suzuki is also looking to introduce an automatic diesel variant of the Brezza. As a reminder, Suzuki had showcased the India-made Vitara Brezza diesel automatic at the 2016 Indonesian Motor Show. The showcased model had the company’s auto-gear shift, and the same unit could be introduced in the model coming to India as well.

The current car is available with diesel engine only. It is powered by a 1.3-litre DDiS 200 Multijet unit that is capable of producing 89bhp of power and 200Nm of torque. Power is transmitted to the front wheels via a 5-speed manual gearbox. Talking about features, the Breeza is equipped with SmartPlay infotainment system with Apple CarPlay, inbuilt navigation with Mapcare, push button start, reverse parking camera, keyless entry and cruise control wiht steering mounted controls. (Details about the Brezza diesel automatic here) 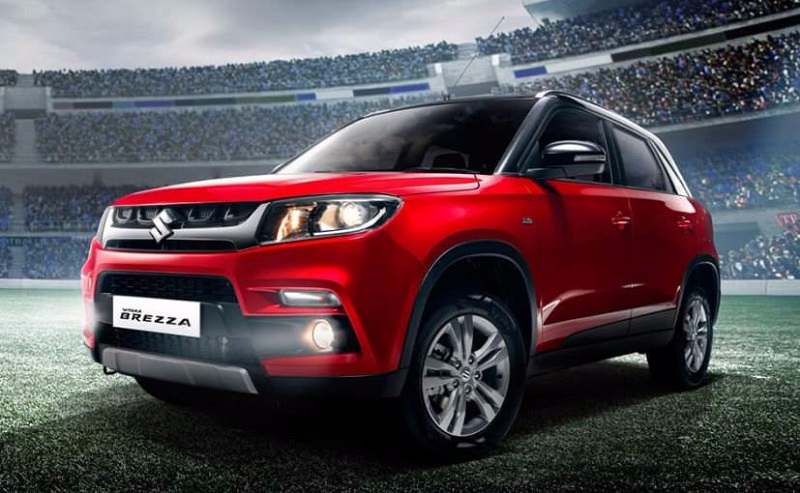 As of now, Maruti Suzuki’s compact SUV is being made available only with a 1.3-litre DDiS 200 Multijet diesel engine. This oil burner is capable of putting out 89bhp of power at 4,000rpm and 200Nm of torque at 2,000rpm. The same powertrain does duty in the mid-sized sedan Ciaz as well. This power mill comes mated to a 5-speed manual gearbox that transmits its power to the front wheels of the car. The AMT-equipped version of the Brezza is expected to come early next year. Also Read: Upcoming Maruti Suzuki Cars in India in 2016 – 2017

With a claimed mileage of over 24kmpl, the Brezza is more fuel efficient than all of its rivals including the Ford EcoSport, Hyundai Creta, Mahindra TUV300 and others in the sub-4 metre SUV space.

The Maruti Suzuki Brezza is unquestionably one of the best-looking compact SUVs in our market today. Thanks to its upright hood, square wheel arches, short overhangs, high shoulder line, high ground clearance and overall bold stance, the vehicle looks quite sporty from all the angles. Maruti Suzuki’s compact SUV has been designed and developed entirely in India, but it has taken its inspiration from two concepts – XA Alpha and iV-4 that were put up on display at the 2012 Auto Expo Delhi and 2014 Frankfurt Motor Show respectively.

The body-coloured bumper strongly underlines its radiator grille and fuses with slightly pronounced square wheel arches on both ends. The side of the sub-4 metre SUV resembles the Suzuki iV-4 concept with the identical sloping roof line and roof rails. The lower variants of the Maruti Vitara Brezza are fitted with 5-spoke, 15-inch steel wheels and 205/60 tyres, while the higher trims get larger 16-inch alloy wheels with 215/60 R16 tyres. Maruti Suzuki Vitara Brezza’s cabin looks quite clean and sporty with all black-theme and piano-black highlights on the centre console. Black fabric seats add more to its overall appeal.

The compact SUV has a unique cockpit style instrument cluster with five shade mood lighting – Red, Orange, Blue, White and Pink. One can set the shade as per his/her choice. This compact SUV comes with a seating capacity of five passengers, and offers decent legroom and headroom for both front and rear passengers. It offers a boot space of 328-litres, which is adequate for putting 2-3 suitcases quite easily. The 60:40 split, flip foldable rear seats and flat bed offer great flexibility, and make it more practical for regular luggage purposes. The Maruti Brezza’s interior looks identical to the Baleno hatchback.

The Ford EcoSport is the closest rival of the the Brezza in the sub-4 metre SUV category. The EcoSport is available in two engine options – a 1.5-litre TDCi diesel and a 1.5-litre Ti-VCT petrol – paired to a 5-speed manual transmission. While a 6-speed automatic gearbox is available only on the top-end petrol variant. While the diesel motor produces 98.59bhp and 205Nm, the petrol mill is good for 100.4bhp and 140Nm. On the other hand, the Maruti Vitara Brezza features the Ciaz’s 89bhp, 1.3-litre Multijet diesel engine, coupled to a 5-speed manual gearbox. (Read Full Comparison..)

The Mahindra TUV300 is another close competitor for Maruti’s new compact SUV. The TUV300 is available with a 1.5-litre mHawk80 diesel engine that generates 84bhp of maximum power and 230Nm of torque. The TUV300 also has a 100bhp version. While the Brezza comes only with a 5-speed manual gearbox as of now, the TUV300 has two transmission option – a 5-speed manual and a 5-speed AMT automatic.

The Maruti Vitara Brezza petrol might come by the end of 2018. Power for this version will come from a new 1.0-litre Boosterjet engine that is tuned to develop a maximum power of 110bhp and a peak torque of 170Nm. This power mill will also do duty in the Baleno RS. Initially, the carmaker will import the Boosterjet motor for both the vehicles.