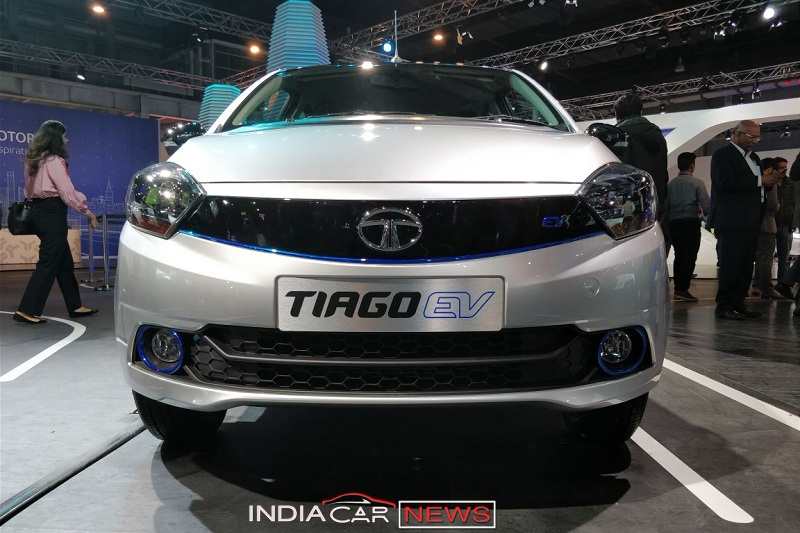 Tata Tiago Electric, the pre-production version, has been finally unveiled for the Indian market. The electric car has made its India debut at the Delhi Auto Expo along with other Tata passenger and commercial vehicles. Tata is also offering visitors a chance to drive the car that indicates that the vehicle is ready for the launch. Just so you know, the concept version of the Tiago electric was first previewed at the LCV2017 (Low Carbon Emission Vehicles show) in Millbrook, UK. Interestingly, the electric hatchback has been developed by the company’s UK-based arm – Tata Motors European Technical Centre (TMETC). Read About – Tata H5X Compact SUV | Tata 45X Hatchback

It has been a while since Tata Motors is working on battery electric vehicles with UK-based Tata Motors European Technical Centre (TMETC). Featuring a liquid-cooled 85kW electric drive motor that produces 40.4bhp at 4,500rpm, the Tata Tiago EV is claimed to have a top speed of 135kmph. It does 0-100kmph in less than 11 seconds. This electric car has a kerb weight of 1040kgs, which makes it 20kgs lighter than the heaviest Tiago on sale in India. Read More – Upcoming Tata Cars In India

Based on the relatively low-cost platform (modified X0 platform), that also underpins the Tigor Styleback, the Tiago EV shares most of its components with the Bolt BEV prototype that was unveiled in 2016. This affordable platform is likely to help the company to offset some of the costs of the battery and related components. 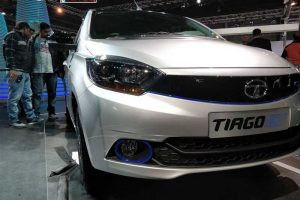 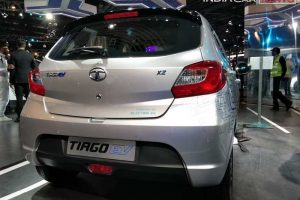 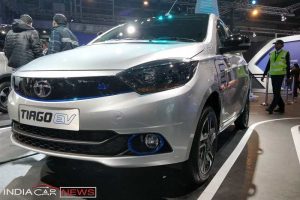 The pre-production version of the Tiago electric was recently unveiled at the Delhi Auto Expo 2018. The carmaker also showcased the Tigor electric at the biennial event. The Government of India’s latest push towards electric vehicles is also likely to give a confidence to Tata Motors to introduce Electric cars sooner than their proposed introduction in 2020. India launch of the electric hatchback could happen in the second half of 2018. However, there is no official word on the same. Check Out – Tata Nexon Aero Pictures & Details

Tata’s new pricing strategy has been working in its favour, and with its new models the carmaker will follow the same approach. We believe that the Tiago electric could be priced around Rs 8 lakh – Rs 10 lakh (ex-showroom). 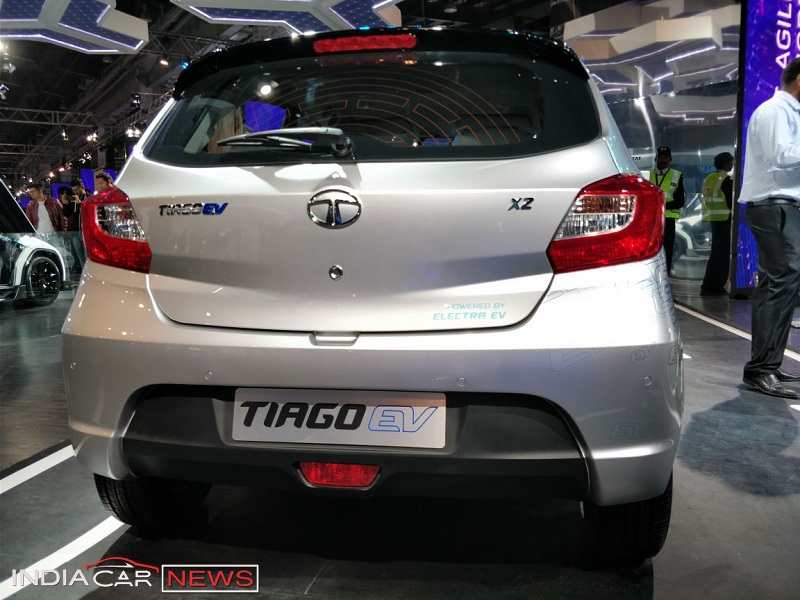 The Tiago Electric is a battery-electric variant that uses a liquid-cooled 85kW, 3-phase AC induction motor. This motor is claimed to deliver power worth 40.4bhp (30kW) at 4,500rpm. The design of the refrigerant-cooled lithium ion battery is newly designed for minimal disruption to the donor vehicle package. In Sport mode, the Tata Tiago EV is claimed to mark 0-100kmph in less than 11 seconds. This model is claimed to have an electric range of over 100kms on a single charge. Adding to it, the vehicle comes with a top speed of 135kmph. Read – New Tata Sedan To Challenge Honda City

The EV comes with a 6-speed gearbox and front-wheel-drive system. It has a kerb weight of 1040kgs, which is 20kgs lighter than the model available in India. The company claims that the electric motor for the Tiago EV has been tested for half a million kilometers of real-world driving. The hatchback features independent McPherson strut with coil sprong up front and semi-independent, twist beam with dual path strut rear suspension system. Check Out – Tamo Racemo Sportscar Pictures & Details

As a reminder, Tata Motors has already started testing the Nano electric on Indian roads. The homegrown automaker could use its smallest car for fleet market and could be introduced in partnership with OLA. Recent media reports reveal that the Nano electric will be based on the Moflex platform. Adding to it, the company is also testing an electric bus in India, which will soon introduced in the market. In a move to further expand the electric & hybrid base in India, the government is planning to completely move to eco-friendly cars by 2030. Adding to it, the GOI have also reduces taxes on such cars.