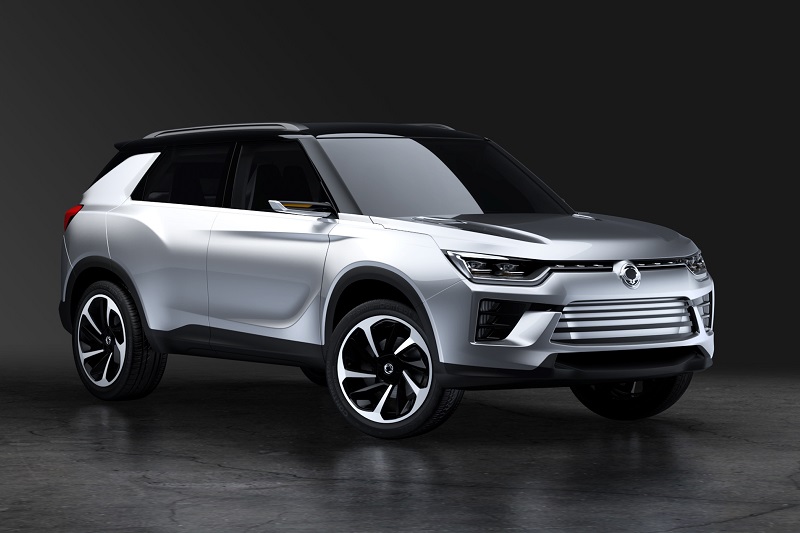 Likely to be unveiled at Auto Expo 2018, the Mahindra S201 will get a 1.2-litre turbocharged petrol and 1.5-litre diesel engine

Mahindra & Mahindra, the homegrown UV maker is working on an all-new compact SUV, codenamed S201. This compact SUV is expected to make its global debut at the Auto Expo 2018, while the launch is expected to take place in mid 2018. If media reports are to be believed, the compact SUV will offer best-in-class performance.

Speaking to Autocar on the sidelines of the Frankfurt Motor Show, Rajan Wadhera, EVP, R&D and Global Product Development of M&M said that the new compact SUV will get the state-of-the-art petrol and diesel engines developed in-house. He further added that the SUV will get the 1.2-litre petrol, which will be equipped with a turbocharged and direct injection. Also Read – Mahindra XUV300 could be the final name for S201 Compact SUV

This new engine joins the company’s new mFalcon engine family. The other two engines in the mFalcon series include G80 1.2-litre 3-cylinder unit that is good for 80.6bhp and a 1.2-litre 3-cylinder diesel engine. The new 1.2-litre engine is the same three-cylinder unit, but it will be equipped with a direct fuel-injection and a large turbocharger. This will result into high power output of around 140bhp, which will make it around 30bhp more powerful than the Tata Nexon and around 20bhp more than the new Ford 1.5-litre Dragon engine.

Additionally, the homegrown automaker is also working on a turbocharged version of this 1.2-litre engine, but without direct engine. This engine will power some of its other future models. The S201 compact SUV will also get a 1.5-litre four-cylinder diesel engine, which is basically a bigger version of the 1.2-litre Falcon series diesel engine. Also Read – Upcoming Mahindra Cars In India

This engine will also power the U321 MPV, but it is expected to be a 1.6-litre diesel engine. However, the S201 will get a downsized engine with 1.5-litre capacity to meet the compact car criteria. This engine is expected to produce around 125bhp of power.

The Mahindra S201 is basically the modified version of the SsangYong Tivoli, which was unveiled at the 2016 Delhi Auto Expo. The company will reduce the length of the SUV to achieve under 4 meter in length. Interior components and styling will be shared from the Tivoli, but the exterior will be tweaked to give it a Mahindra look. This compact SUV will rival the Tata Nexon, Ford EcoSport and Maruti Vitara Brezza.