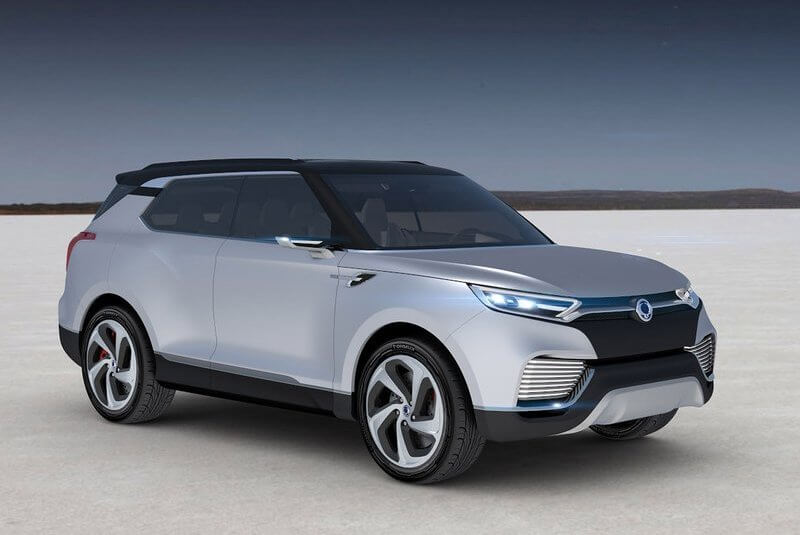 Mahindra & Mahindra had confirmed that it will expand its Indian product portfolio with a range of new models. While the Mahindra Marazzo MPV and Mahindra Alturas have already gone on sale, the Mahindra S201 (codename) compact SUV is slated to launch early next year. Besides this, the carmaker will introduce the new-generation model of the XUV500, Scorpio and Thar in coming years. The Mahindra S201, which is reported to be christened Mahindra XUV300 or Mahindra Inferno, will be put up against the Tata Nexon, Ford EcoSport and Maruti Vitara Brezza.

Interestingly, the Mahindra S201 will be the company’s first car to use SsangYong’s X100 platform. Official design and feature details of the compact SUV are yet to be revealed by the carmaker. Though, it is reported to be packed with several segment-first features including seven airbags and sunroof as standard. At a later stage, the carmaker will also introduce a 7-seater version of the S201 that won’t have any direct competition in India. Though, its pricing could make it an arch rival of the Hyundai Creta and the Renault Captur/Duster.

Mahindra & Mahindra has already confirmed that its all-new compact SUV will hit showrooms early next year. Though, the official launch date is yet to be announced. The company will soon announce the official name and design details of the Mahindra S201/Mahindra XUV300. The 7-seater version of the SUV is expected to launch in late 2019.

In Mahindra’s Indian product lineup, the S201 compact SUV will sit between the NuvoSport and the Scorpio. As per the available reports, the SUV will feature a powerful engine along with a well-equipped cabin and new sporty design bits. It will also have multiple segment-first comfort and safety features to offer. These attributes will surely work in favour of Mahindra’s new compact SUV. Read – This Will Be Mahindra’s Most Expensive SUV In India

As far as pricing is concerned, the Mahindra S201 price in India is expected to start from Rs 9 lakh for the entry-level petrol variant and the top-spec diesel trim is estimated to be priced around Rs 13 lakh. If launched in this price range, the Mahindra S201 5-seater SUV will face challenge from the segment leaders including Tata Nexon, Maruti Suzuki Vitara Brezza and Ford EcoSport.

SsangYong and Pininfarina, the renowned Italian car design house owned by Mahindra, is helping Mahindra to design the new compact SUV. As mentioned above, the Mahindra S201 will be based on the SsangYong’s X100 platform that will make it first car to feature the new architecture. This platform also underpins the Ssangyong Tivoli crossover. Most of the body panels and styling bits are expected to be carried over from the sister SUV. Though, the reports suggest that the entire exterior and interior design of the Mahindra compact SUV will be different from the Tivoli crossover. Read – New Generation Mahindra XUV500, Scorpio, Bolero Launch Details Revealed

The production ready version of the SUV has been spied multiple times during its test rounds giving us a fair idea about its exterior design and styling. The vehicle will get a newly styled grille at the front fascia. Elements such as a sculpted bonnet, sweptback LED headlamps with LED daytime running lamps, fog lamps with chrome surround, new bumper and wide air intakes will further enhance its sporty appeal. There will be lot of creases and curves all around the body giving a sporty side profile. The SUV will run on the double-spoke, diamond cut alloy wheels. Moving towards the rear, the SUV will feature an integrated roof spoiler with integrated stop lamp, newly-designed LED tail lamps, rear fog lamps and aggressive bumper.

Interior of the new Mahindra SUV is likely to share most of its design bits and features with the Mahindra XUUV500. While the official details will be revealed near its name unveiling or launch, it is likely to carry lots of comfort goodies. One of the key features of the SUV will be a 7-inch touchscreen infotainment system with smartphone connectivity such as Apple CarPlay and Android Auto. It will also support the navigation system. The touchscreen will also work as a display for the reverse parking camera. The dashboard will have dual-tone (Black & Beige) theme. Read: Mahindra S201 – 4 Things That Make It Better Than Competition

For enhancing the comfort quotient, Mahindra might offer a multi-functional steering wheel, automatic climate control, leather upholstery, electrically adjustable driver’s seat, keyless entry and reversing camera. There will also be several storage compartments. Rumor has it that Mahindra might offer a sunroof as standard on its new subcompact SUV. The vehicle might also come with different customization options for upholstery. For safety purpose, the SUV is likely to offer seven airbags and ABS (antilock braking system) with EBD (electronic brakeforce distribution) as standard.

Mahindra & Mahindra hasn’t yet revealed the engine details of its new compact SUV. If media reports are to be believed, the SUV will come in both petrol and diesel fuel disguise. Powering the petrol variants could be a 1.2-litre, 3-cylinder turbocharged engine that will also be used in the future Mahindra & SsangYong’s product. This gasoline motor will return an estimated power output of 140bhp. However, the exact figure will be revealed in near future. Read – Upcoming Mahindra Cars in India

If the power figure will remain around 140bhp or more, the Mahindra S201 will become the most powerful compact SUV in the country. That means, it will be 30bhp and 20bhp more powerful than its arch rivals – Tata Nexon and Ford EcoSport – respectively. The diesel variants, on the other hand, might derive power from a 1.5-litre mHawk 100 engine. This oil burner can deliver a maximum power output of 121bhp, while producing a peak torque of 300Nm. The SUV could be brought with three transmissions – a 5-speed manual, a 6-speed automatic and an autoSHIFT AMT gearbox.