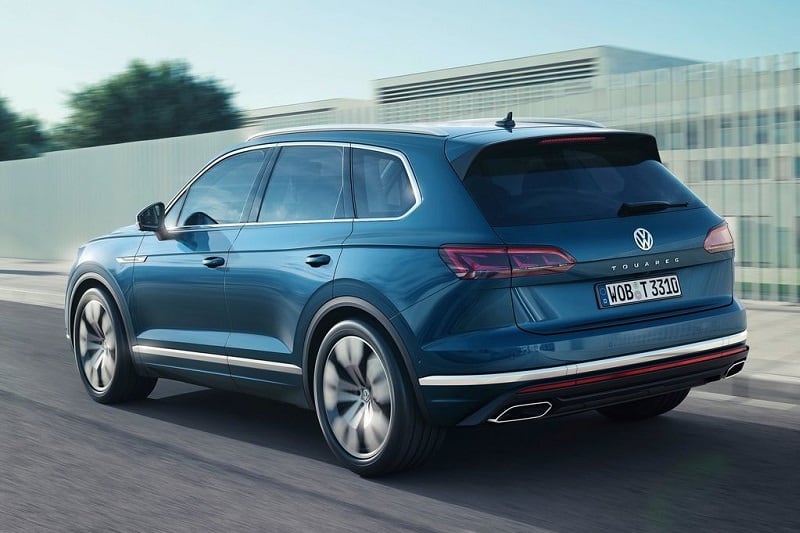 Volkswagen T-Roc SUV will be the first to arrive in India.

Volkswagen is planning to expand its Indian product portfolio with 4 new SUVs by 2021. The model lineup will include Volkswagen T-Roc, VW Tiguan Allspace, VW Touareg and VW T-Cross. While the Volkswagen T-Cross will be manufactured locally in India, other 3 SUVs will be imported under the new 2,500 car quota scheme. Check Out – 2019 Volkswagen Polo Plus Pictures & Details

Volkswagen T-Roc SUV will be the first to arrive in the Indian market. Based on VW’s MQB platform, the premium SUV will take on the Jeep Compass and Tata Harrier. While the European version of the T-Roc comes with 3 engine options, the India-spec model will be offered 150bhp, 1.5L TSI petrol engine. Design of the SUV looks quite aggressive and its interior will be packed with lots of advanced comfort and safety goodies.

Volkswagen Tiguan Allspace, the long wheelbase version of the 5-seater Tiguan SUV, might also hit Indian roads sometime this year. Its length and wheelbase are around 215mm and 110mm longer than the regular Tiguan respectively. In fact, it offers 115L extra boot space. Globally, the 7-seater SUV comes with a 1.4L turbo petrol and 2.0L turbo petrol engine options. In India, it’s likely to be offered with a 143bhp, 2.0L diesel motor combined with a 7-speed dual-clutch automatic gearbox and 4Motion AWD system.

Volkswagen Touareg is one of the premium offerings from the German carmaker. The SUV is based on VW’s MLB Evo platform that also underpins Porsche Cayenne and Lamborghini Urus. In Europe, the SUV comes with a 3.0L V6 diesel engine generating two power outputs – 228bhp and 282bhp. The Touareg will be brought to India as CBU (Completely Build Up) unit and is estimated to be priced between Rs 65 lakh – Rs 70 lakh.

Volkswagen T-Cross SUV is likely to have its India debut at the 2020 Auto Expo. While the European version of the SUV has been designed on the MQB AO platform, the India-spec model will be based on the MQB AO IN architecture. Reports suggest that the VW T-Cross will come with petrol engine only.