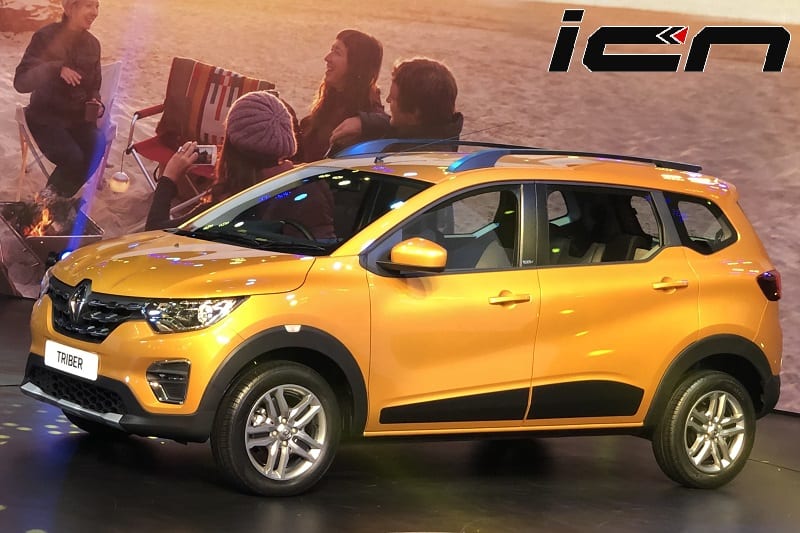 Renault Triber is a subcompact (3.99m in length) 7-seater MPV.

Renault Triber, the all-new 7-seater MPV from the French carmaker, has finally made its global debut at an event in Delhi. In India, Renault’s new MPV will be stacked up against the Mahindra Marazzo and Maruti Suzuki Ertiga. The carmaker has confirmed that the Triber will go on sale in the second half of 2019. Initially, the carmaker will manufacture the Triber in India and export it to other markets.

Claimed to be a ‘Super Spacious’ and ‘Ultra Modular’, the Renault Triber has been designed on a slightly modified version of the CMF-A platform that also underpins the Renault Kwid and Datsun Redi-Go. Design and styling of the Triber seems inspired by the Renault Captur and (global-spec) the Kadjar SUV. The MPV features some interesting design bits including a V-shaped grille, wide headlamps with LED DRLs, a large bumper, skid plates, a sculpted clamshell bonnet, roof rails and bold cladding all round the body. It measures 3.99 meter in length and sits on 183mm of ground clearance. Read – 2019 Renault Duster Facelift Completely Revealed 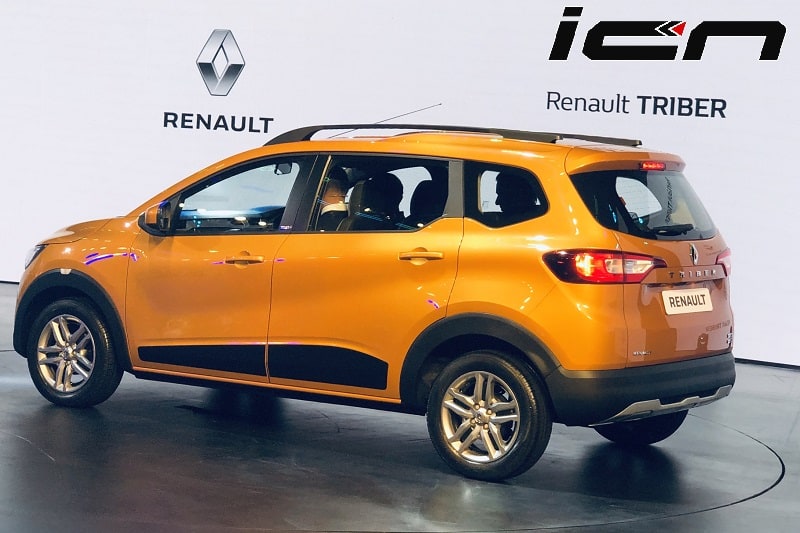 Renault Triber offers segment-first flexible third row seats with manual folding and unlatching operations. That means, the MPV will have ample cabin and cargo space. There will also be a dedicated AC vents for third seat passengers. A 20cm large touchscreen infotainment system with Apple CarPlay and Android Auto support will serve the connectivity purpose. It will also offer driving-style coaching and driver economy rating. The Triber offers a boot space of 625L in 5-seat configuration, which is largest in its segment. Read – 2020 Renault Captur Leaked Online

The new 7-seater MPV from the French carmaker will meet the upcoming safety norms. It offers dual front airbags, rear parking sensors, a speed warning system and ABS (anti-lock braking system) as standard safety fitments. For power, the Renault Triber will make use of a 1.0L, 3-cylinder petrol engine that will be good enough for 71bhp and 96Nm of torque. The MPV will come with a 5-speed manual and a 5-speed AMT gearbox options.