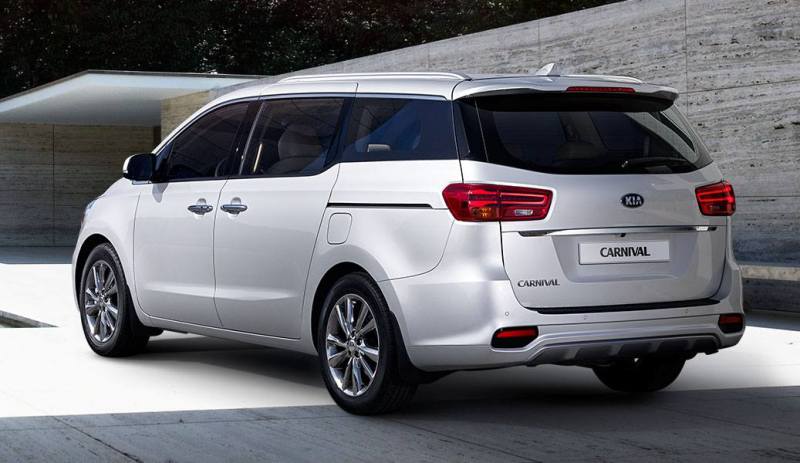 2020 is just a few months away and we are excited about the all-new cars we will get right in the beginning. In the first three months, the automobile industry will witness several new car launches planned across the segments. Here, we have listed the top 10 highly anticipated new car launches that will increase the heat in their respective segments.

MG Motor India has already confirmed that it will bring in a 6-seater version of the Hector SUV. The new model was recently caught testing in the country. Visually, the Hector’s 6-seater model will look slightly different than the 5-seater version. It will receive a new, larger honeycomb grille, new headlamps with turn indicators, split LED DRLs, revised rear bumper with faux dual exhaust tips and newly-designed taillamps. Though, it will retain the original design and silhouette. Engine setup of the MG Hector 6-seater will include the 143bhp, 1.5L turbo petrol, a 170bhp, 2.0L diesel and a 48V mild-hybrid motor.

Tata Motors will bring in its all-new premium hatchback – Altroz – early next year. First previewed in its concept avatar (Tata 45X) at the 2018 Auto Expo, the Tata Altroz will be the company’s first production model to be based on the new Alfa platform. The hatchback will carry the new-generation IMPACT 2.0 design language and feature the signature 3D Humanity Line grille, upswept window lines and slimmer headlamps. Engine details are still under the wraps. Though, it’s likely to share powertrains with the Nexon and Tiago.

The new-generation Mahindra Scorpio might make its debut at the 2020 Auto Expo, followed by its launch. The SUV will receive comprehensive cosmetic and feature upgrades along with a new powertrain. The 2020 Mahindra Scorpio will source its power from a newly-developed 2.0L diesel engine producing power close to 160bhp. The new oil burner will meet the BS6 emission norms. It can be had either with a 6-speed manual gearbox or a 6-speed torque convertor automatic transmission. The 4WD (four-wheel-drive) system might come as an option.

Mahindra & Mahindra will give a generation change to its highly-popular off-roader – Thar – early next year. The 2020 Mahindra Thar could be showcased alongside the new Scorpio at the 2020 Auto Expo. The SUV’s all-new model will be based on the new GEN3 platform and come with a factory-fitted hardtop. Interior of the new Thar will see significant changes including a pack of new features and new seat layouts. For power, the 2020 Mahindra Thar will get a newly-developed 2.0L turbocharged diesel engine making power around 140bhp. Transmission duties are likely to be carried out by a 6-speed manual gearbox. There could also be an optional 4WD drivetrain system.

The all-new Hyundai Creta will make its India debut at the Delhi Auto Expo in February, 2020. It has already been unveiled at the 2019 Chengdu Auto Show in China. Visually, the India-spec 2020 Hyundai Creta will look exactly similar to the China-spec version. The SUV’s new model will follow the company’s new design language and witness significant changes include a new grille, LED headlamps with LED DRLs, new bumpers, alloys, etc. Compared to the existing model, the new one will be taller and wider and sit on a slightly longer wheelbase. The 2020 Hyundai Creta is likely to share its powertrians with the Kia Seltos – i.e. a 1.5L diesel, a 1.5L petrol and 1.4L turbocharged petrol.

The all-new Honda City is surely one of the most important launches of the next year. The sedan’s new model will be showcased at the 2020 Auto Expo and its launch might happen around the biennial event. The 2020 Honda City will feature the brand’s new design language along with more upmarket interior and BS6-ready version of the existing 1.5L i-VTEC petrol and 1.5L i-DTEC diesel powertrains. This time around, the sedan might also receive a mild-hybrid engine. Transmission choices will include a manual and a CVT unit.

Tata Motors will launch the 7-seater version of its highly-popular Harrier SUV early next year. The model was showcased as Tata Buzzard at the 2019 Geneva Motor Show. Though, it will carry a different nameplate in the Indian market. Reports suggest it could be named ‘Tata Cassini’. The Harrier’s 7-seater model will be around 63mm longer, 72mm wider and 80mm taller than the 5-seater version. It will use the same 2.0L turbocharged diesel engine that does duty in the 5-seater Harrier. Though, it will be tuned for generating power worth 170bhp and 350Nm of torque. Both manual and automatic transmission will be on offer.

Kia Carnival luxury MPV will be the second product from the Korean carmaker in India. Scheduled to launch in early 2020, the MPV will come to India via CKD (Completely Knocked Down) route. The overall length, width and height of the vehicle stand at 5115mm, 1985mm and 1740mm respectively. It sits on a 3060mm long wheelbase. That means, the Carnival will be significantly bigger than the Toyota Innova Crysta. It could be offered with a BS6-ready 2.2L, 4-cylinder diesel engine generating power worth 200bhp and 441Nm of torque. The Kia Carnival will come with a 6-speed automatic gearbox and front-wheel-drive system.

MG eZS electric SUV is one of the top 10 new car launches of the early next year. Claimed to MG’s most high-tech car ever, the eZS will come with a 44.5kWh lithium-ion battery and an electric motor delivering a maximum power of 143PS and 353Nm of torque. It’s capable to deliver a range of up to 262km and 372km on a single change on the WLTP combine cycle and city cycle respectively. Its battery can be charged up to 80% in 6 hours via a 7kWh home charger and 40 minutes via a 50kWh fast charger.

Skoda plans to launch 5 all-new models in India next year including the Karoq compact SUV. The Skoda Karoq underpins the MQB platform and shares some of its design elements with the Kodiaq 7-seater SUV. In India, it will be made available with both petrol and diesel engine options. The petrol variant might get a 1.5L turbocharged motor and the diesel version might use a 1.6L or a 2.0L engine. The SUV will get a DSG dual-clutch automatic gearbox for performing transmission duties. The Skoda Karoq is 4382mm long, 1814mm wide and 1605mm tall.