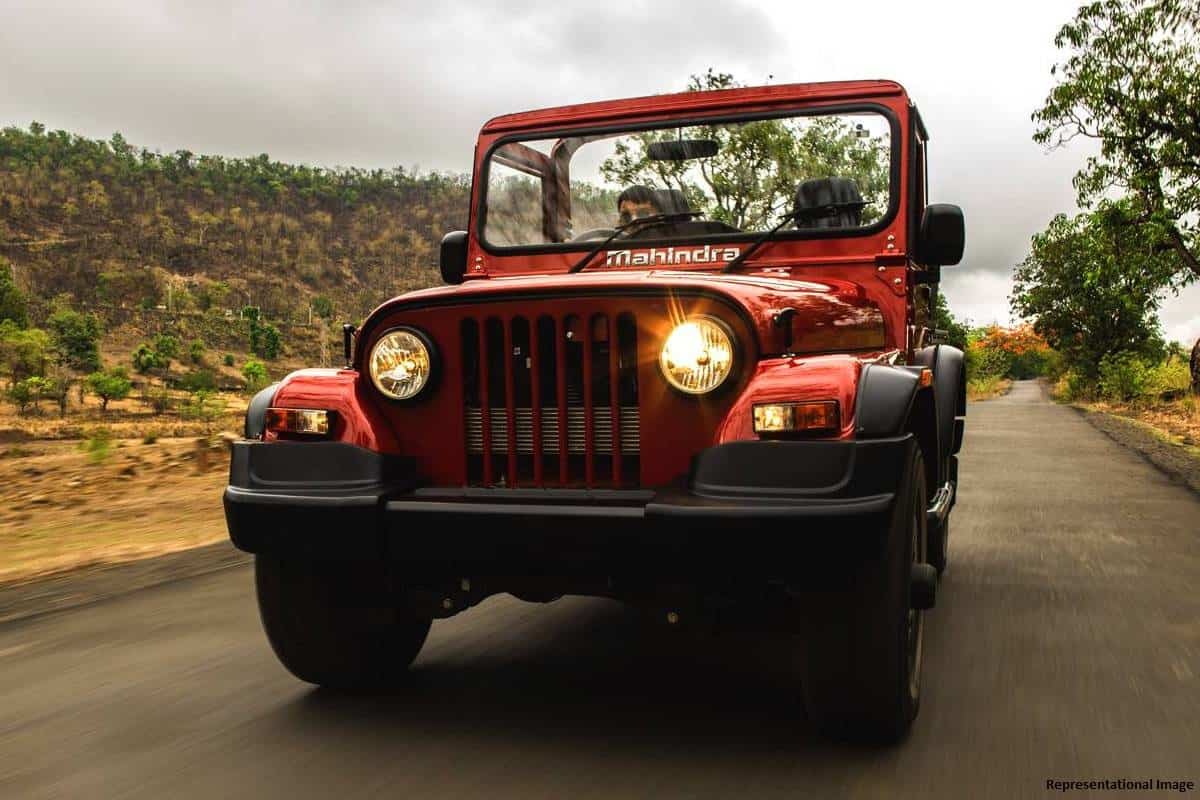 The next-gen Mahindra Thar will be compliant with BS6 emission norms and upcoming crash test.

We informed you earlier that Mahindra will launch the new-generation models of the existing SUVs in the next 2 years. The first model to go on sale will be the new-gen Thar, which is currently going through its testing phase. The new Mahindra Thar 2020 was speculated to be unveiled at the 2020 Delhi Auto Expo; that didn’t happen. It will be based on the thoroughly updated GEN3 ladder-frame platform, which will also underpin the next-generation Scorpio. The new architecture will be stronger enough to meet the upcoming Bharat New Vehicle Safety Assessment Program (BNVSAP).

The upcoming Mahindra Thar 2020 model will receive the new 2.2-litre turbo-diesel and a new 1.5-litre/2.0-litre mStallion turbocharged petrol engines, which will be compliant with upcoming BSVI emission norms. While the original profile will remain intact, the new model will have modern design elements and features. Ever since its launch in 2010, the Thar is admired by enthusiasts all over the country. This iconic 4X4 has been favoured for its robust body-built and excellent off-road capabilities. According to media reports, Mahindra aims to make the Thar a cult brand. This suggests that the next model will continue to offer excellent off-road abilities.

The most-loved life-style SUV, Mahindra Thar is all set to receive a major makeover in the country. While the homegrown automaker is yet to make an official announcement, media report claims that the SUV could be launched in mid-2020, around August. We will update you as soon as Mahindra reveals anything on its launch timeline.

Thanks to the new platform, the new Thar will be bigger, safer and efficient. Moreover, it will be equipped with several safety features and BS6 compliant diesel engine. Prices of the SUV’s new-generation model are likely to start from Rs 9 lakh for the base model and go up to Rs 15 lakh for the high-end variant.

Mahindra is also aiming to export the new-gen Thar to select international markets, which confirms that the new model will receive a new petrol engine along with diesel powertrain. Moreover, the rising demand for petrol SUVs will also play an important role in the development of the new Thar. The new-gen Thar is most likely to receive a new 1.5-litre T-GDI turbocharged petrol engine, which is capable of producing 163bhp of power and 280Nm of torque. The company could also use the new 2.0-litre mStallion turbocharged petrol engine, which will also power the new Scorpio and the XUV500. This engine churns out 190bhp of power and 380Nm of torque. Transmission choices will include a 6-speed manual and a 6-speed torque convertor automatic.

The next-gen Mahindra Thar will be equipped with a newly developed 2.0-litre or a 2.2-litre, 4-cylinder, turbocharged unit, which will be tuned to offer different power outputs. This engine will also power the next-gen Scorpio and the XUV500. It is expected to produce around 140bhp of power and excess of 350Nm of torque. With new powertrain and platform, the new Mahindra Thar 2020 could be better in terms of performance, handling and fuel efficiency.

Mahindra’s Italian design house – Pininfarina, SsangYong and Mahindra’s in-house design team has designed the new-gen Thar lifestyle SUV. It is designed and developed on the modified version of the ZEN3 platform, which also underpins the Scorpio and the TUV300. The same platform will also underpin the next-gen Scorpio. The company is aiming to promote the new SUV as a cult brand and the new model will retain the original robust profile. Some of the major changes will include new front and rear bumpers, strong beltline, flared wheel arches, new aggressive grille with large LED headlamps and new tail-lights. The new model will be wider and bigger than the outgoing model. Adding to it, the SUV will come with a factory-fitted hardtop version.

The next-gen Thar SUV will be equipped with modern equipment, which is missing in the current model. It will get some advanced connectivity features such as a large touchscreen infotainment system with Android Auto and Apple CarPlay along with a wireless mobile charging and memory seats. The SUV is also expected to get intelligent and assisted driving technologies. It is likely to source some of the features from the Mahindra Marazzo MPV such as gear knob, steering wheel and switchgear. It will have all-black dashboard with provision for the touchscreen infotainment at the centre. The lower-spec models will get a 2-DIN music system. The SUV will have all-new instrument console with 2 large dials for speedometer and tachometer, and MID positioned right between them. The multi-functional steering wheel will be shared with the TUV300.