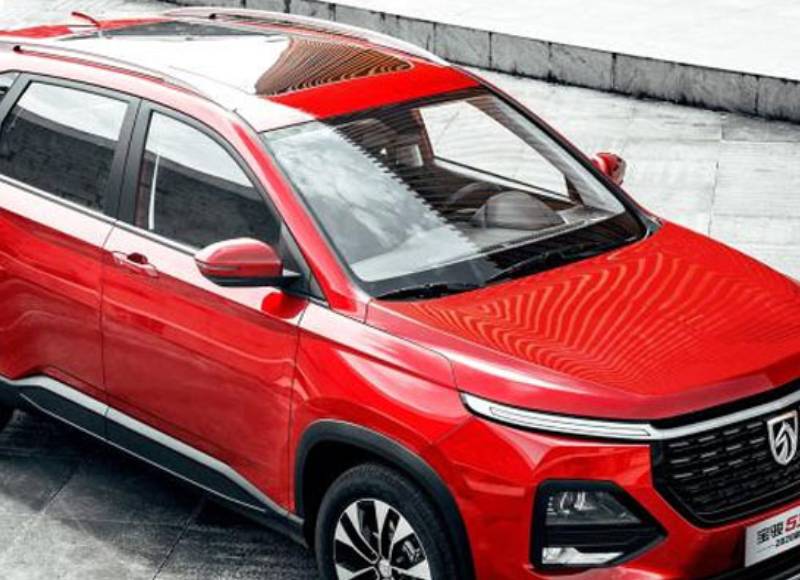 It is no secret that MG Motor is working on the three-row version of the Hector SUV for the Indian market. Now, the company has started testing the six-seat MG Hector and the first spied images of the SUV have hit the Internet. The spotted model was covered with thick cloth at the rear and the third-row of seat is not visible. However, the SUV has received styling changes which will be exclusive to the six-seat derivative of the MG Hector.

Going by the spy images, it is visible that the 5-seat and 6-seat models will come with different styling elements. MG Motors is following Tata Motors strategy of introducing the Harrier 5-seater and the H7X 7-seater SUV, which was previewed as the Buzzard at the 2019 Geneva Motor Show. The six-seat MG Hector comes with split-LED DRLs and a new honeycomb grille that appears to be larger than that of the 5-seat Hector. It also gets new headlamp cluster with turn indicator and a strip of chrome.

These changes suggest that the six-seater model front design will be in-line with the updated Baojun 530 and will be different from the Hector. At the back, the new model gets differently styled tail-lamps with clear-lens inserts and redesigned bumper with faux dual-exhaust tips.

The recently updated China-spec Baojun 530 is 40mm longer than the pre-facelift model. The SUV gets differently styled alloys and revised interior bits. Inside the cabin, the SUV will receive captain seats for the second row and bench-type seat for the third row. The SUV will share most of the features with the 5-seat MG Hector. Some of the features include a 10.4-inch portrait-oriented touchscreen infotainment system, Internet option, large panoramic sunroof, six airbags, etc.

The MG Hector six-seater model will share the engine options with the 5-seat model. The engine options will include a 143bhp, 1.5-litre turbo-petrol, a 170bhp, 2.0-litre diesel and a 48V mild-hybrid version. Scheduled to be launched in early 2020, the six-seat MG Hector will directly challenge the 7-seat Tata Harrier and the Mahindra XUV500.