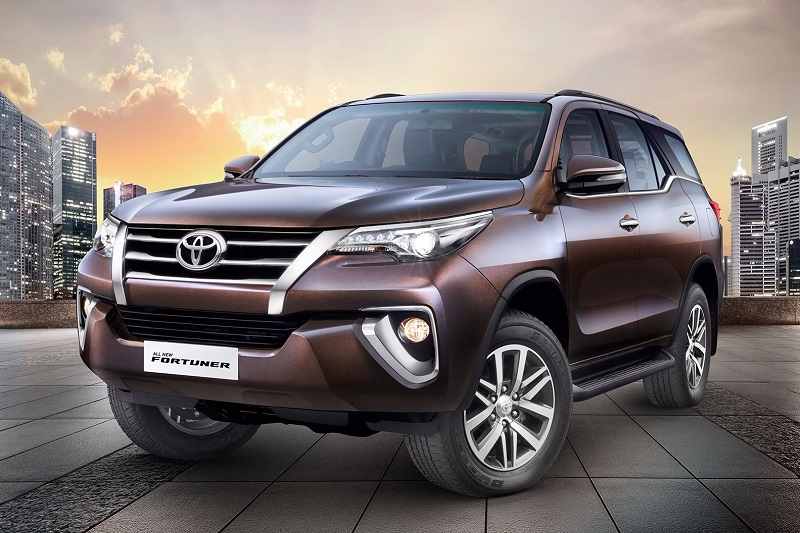 It’s been less than six months, and the SUV has now crossed 12,200 units sales mark in the Indian market.

With an all-new design and engine lineup, Toyota’s flagship SUV – Fortuner entered the second generation in late 2016. It’s been less than six months, and the SUV has now crossed 12,200 units sales mark in the Indian market. With second major contribution (first being Innova Crysta) from the new Toyota Fortuner, the Japanese carmaker has registered a 52% sales growth in April 2017 as compared to April 2016.

The Toyota Fortuner brand name was first introduced in 2009, and since then it has been ruling the premium SUV segment in the country. Initially, the SUV was sold in a single variant – 3.0L diesel 4X4 MT, followed by 3.0L 4X2 MT & AT in 2012 and 3.0L 4X4 AT in 2015. Major attributes that have worked in favour of the Fortuner were its robust yet premium styling, spacious feature-loaded cabin and powerful engines. Picture Gallery – New Toyota Fortuner Interior & Exterior Details

The new-generation Fortuner is certainly a step ahead to its predecessor in all the aforementioned criteria. Designed on highly modular Toyota New Generation Architecture (TNGA) platform, the SUV is lighter and safer than the previous model. For the very first time, Toyota introduced both petrol and diesel engine options on the SUV. The petrol version comes with a 2.7-litre, while the diesel variants are available in a choice of 2.4-litre and 2.8-litre motor. All these powertrains are already used in the Toyota Innova Crysta. Transmission options include manual and automatic, supported by 4X2 and 4X4 driving modes.

Prices of the new Toyota Fortuner start from Rs 25.92 lakh and go up to 31.12 lakh, while its closest rival – Ford Enedavour is currently priced at Rs 26.63 lakh – Rs 31.50 lakh (all, ex-showroom, Delhi). Ford revised the Enedavour’s price before and after the launch of the Forutner. However, the Forutner still maintains the top spot in the premium SUV segment.

Besides the new Fortuner, the 2017 Corolla Altis facelift has recorded 75% sales growth as compared to the previous model. Priced between Rs 15.87 lakh – Rs 19.05 lakh (ex-showroom, Delhi), the new Corolla has outsold the Skoda Octavia and Hyundai Elantra. Toyota’s top-selling product – Innova Crysta – continued to generate huge volume for the company in the domestic market. The carmaker is producing around 6,000 units/month of the MPV from its Karnataka-based plant.