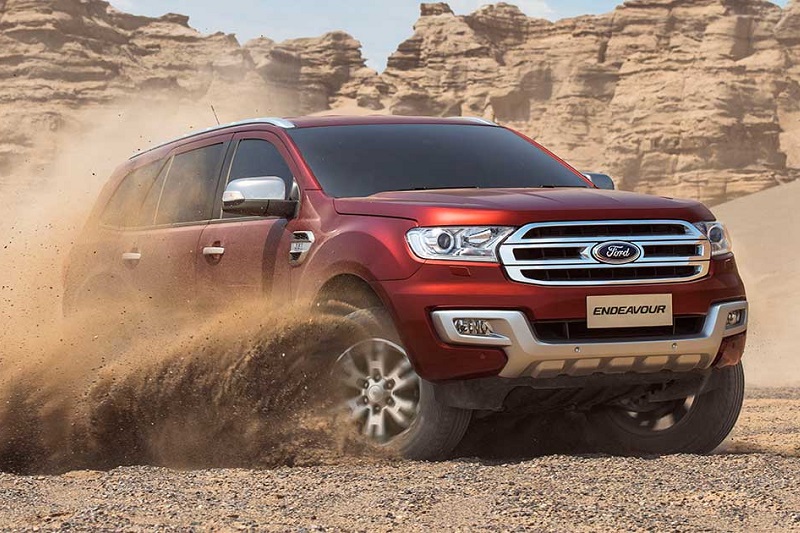 Ford India has increased prices of its highly popular SUV – Endeavour – by up to Rs 1.8 lakh. The decision has been made due to the raise in cess from 2% to 7% across SUVs and large size cars as amended by the GST Council. The approximate price hike for the new Ford Endeavour 2017 will be from Rs 1.2 lakh to Rs 1.8 lakh, depending on the variant. Though, the prices of the Ford Figo, Aspire and EcoSport are less affected post the cess hike.

Despite being a capable product, the Ford Endeavour failed to take a lead over its arch rival – Toyota Fortuner. In August 2017, Ford sold 1,163 units of the Endeavour SUV, while the Fortuner registered a total sales of 2,116 units. This is the reason why the American carmaker is trying out new price strategies and lineup revision. While the company has trimmed down the variant numbers of the SUV in India, it has begun testing the 2018 Endeavour facelift (Ford Everest in global market) on foreign land. The updated version of the SUV might have its world debut sometime next year. Read – Ford Kuga SUV Might Come To India

The Ford Endeavour’s post GST prices range between Rs 25.08 lakh – Rs 31.40 lakh (all, ex-showroom). The 2.2L 4X2 Trend and 2.2L 4X2 Titanium models cost Rs 25.08 lakh and Rs 28.34 lakh respectively. While the bigger capacity 3.2L Trend 4X4 AT trim is now available at Rs 31.40 lakh. One must note that the aforementioned prices are ex-showroom.  Similar to its previous model, the 2017 Ford Endeavour comes to India via CKD (completely knocked down) route from Thailand, and then assembled at the company’s Chennai plant. Read – 2017 Ford EcoSport India Launch Soon

Under the hood, the 2017 Endeavour houses a 2.2-litre 4-cylinder TDCi and a 3.2-litre, 5-cylinder TDCi diesel engines. While the former churns out a maximum power output of 158bhp at 3,200rpm against 385Nm of torque between 1,600rpm – 2,500rpm, the latter one makes a top power of 197bhp at 3,000rpm and 470Nm between 1,750rpm – 2,500rpm. Both the powertrains are paired to a 6-speed automatic gearbox. The 2.2L AT Trend and Titanium variants are available with 4X2 drivetrain system, and the more powerful 3.2L AT Trend variant comes with 4X4 off-roading capabilities. Read – The Great Ford Endeavour Drive | Off-road Review

On fuel efficiency ground, the 2017 Ford Endeavour stays close to the Toyota Fortuner. The 2.2L and 3.2L variants of the Endeavour delivers a claimed mileage of 10.91kmpl and 14.12kmpl (ARAI certified) respectively. On the other hand, the Fortuner returns a fuel economy between 12.9kmpl (diesel AT) – 14.24kmpl (MT diesel). 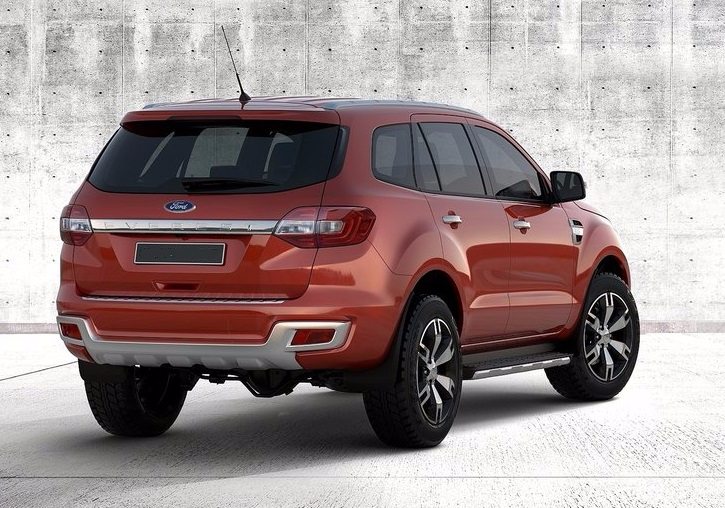 The SUV rides on 18-inch alloy wheels shod with 265/60 R18 tubeless tyres. The sunroof is exclusively available on the top-end variant of the SUV. Towards the rear end, the car sports new horizontal wraparound tail-lamps and large chrome bar with the license plate embossed. Proportionally, the Ford Endeavour new model measures 4,892mm in length, 1,860mm in width and 1,837mm in height with a wheelbase of 2,850mm. Its ground clearance stands at 225mm that further improves its handling and on-and-off road capabilities. It has a fuel tank capacity of 80-litres. Photo Gallery – 2017 Ford Mustang Exterior & Interior Details 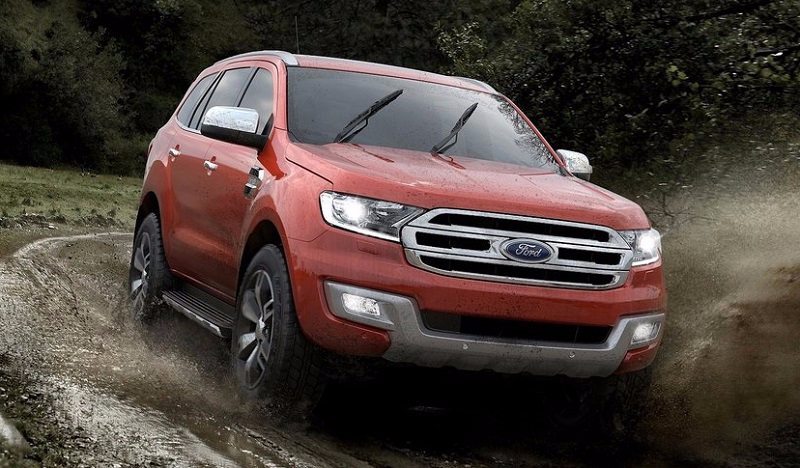 Features such as Ford SYNC 3 system with voice control, 8-inch display screen and USB, Aux-in and Bluetooth connectivity is carried over from the old model. The SYNC 3 is an advanced voice-activated system that allows the driver to easily operate it via voice commands and automatically transfer your call to the car’s system. This system can also download apps of your choice into the system and update itself via your phone’s internet connection. This system also read text messages from apps including Whatsapp. The SYNC 3 also supports Android Auto and Apple Carplay with Siri Eyes-Free for easy call reception, music and maps.

Comfort and convenience features have been borrowed from F-150, a pickup truck. The list of highlighting features that take its appeal to next level include:

Designed and engineered by Ford’s Australian team, the new Ford Endeavour 2017 model achieved 5-star safety rating in Australian NCAP (New Car Assessment Program) with a total score of 35.38 out of 37 points, including 15.98 points in frontal offset test and 16 points in the side impact test. While the pedestrian safety is evaluated as ‘acceptable’, the whiplash protection is rated as ‘good’. What help the SUV scoring 5-star safety rating are its advanced safety features such as front airbags, side curtain airbags, driver knee airbags, electronic stability control (EBC), emergency brake assist (EBA), anti-lock braking system (ABS) with electronic brake-force distribution (EBD) and seat belt reminders.

New Ford Endeavour is one of the most capable off-road SUVs in India. With aggressive styling, feature-loaded cabin, efficient engine lineup and the most importantly competitive pricing, the Endeavour appeals young enthusiasts in India.