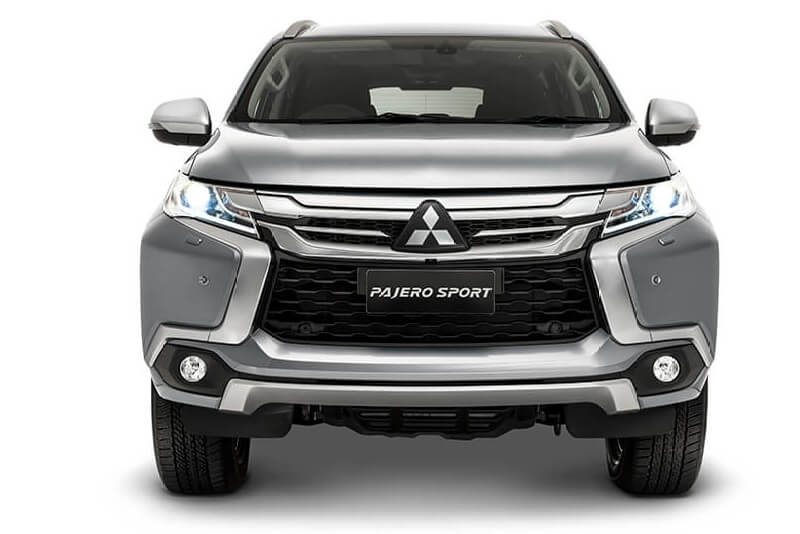 Based on the same ladder-frame chassis, the new Mitsubishi Pajero Sport will go on sale in India in early 2018

As demand for entry level premium SUVs surge in India, the Japanese auto giant, Mitsubishi readies to spawn Pajero Sport in an all new avatar. According to a report in Autocar India, the company will launch Pajero Sport by summer 2018. While the SUV will receive comprehensive changes for an all-new look, it will retain the ladder-frame chassis. It is believed that the new Mitsubishi Pajero Sport 2018 will be based on the Triton light pick-up truck. Visually, the SUV will get radical changes with the bold ‘Dynamic Shield’ grille giving it an aggressive look. Laden with chrome, the grille gets two thick slats and bold chrome bands that run across the radiator up to the chin. Interestingly, the grille not only enhances visual appeal, but as per Mitsubishi’s claim, its aerodynamic design helps keep the windscreen splash-free when drive through deep water. The high-set, square like bonnet adds more mass to the bulky SUV. Furthermore, the ridges on the nose and the creases on the bonnet are in line with the SUV’s muscular look. While the chrome bands up front meet with the elegantly styled bi-LED projector headlamps. In addition to the new styling bits, the massive SUV also gets altered contours. That said, the new Pajero Sport gets longer front & rear ends and measures 90mm longer than its predecessor. Read More – Mitsubishi Pajero Sport Select Launched In India

Styling updates on the inside will be in line with its exterior, featuring copious chrome work. A large touchscreen will also sit inside and is likely to come with other connectivity options. As for the engine, the new Pajero Sport will benefit from Mitsubishi’s 2.4-litre MIVEC, four-cylinder turbo-diesel unit with 8-speed automatic transmission used for directing power to wheels. Expect Mitsubishi’s Super Select four-wheel drive system to be offered on the SUV. 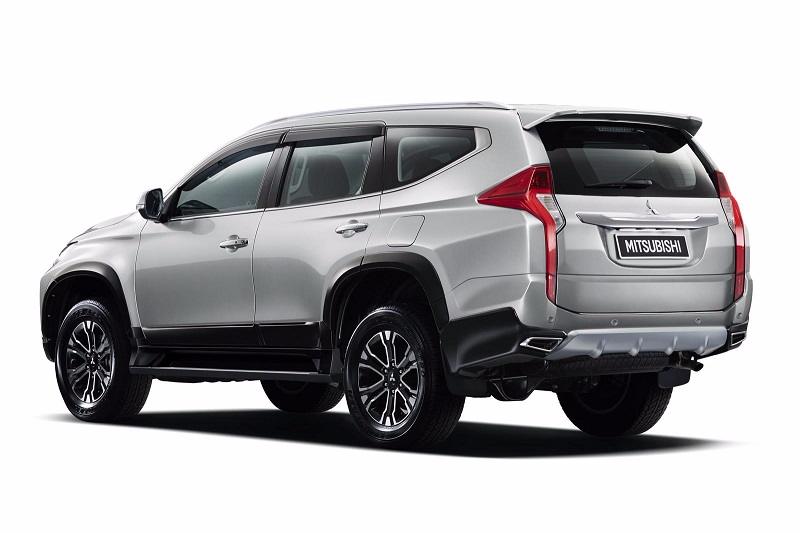 The new Pajero Sport will receive styling updates for a more aggressive look and pack in new tech inside the cabin to bring it on par with the rivals in the segment. However, to give it cusp over credible rivals in the segment, Mitsubishi will most likely keep the prices competitive. Considering this, we expect the new Pajero Sport to be priced in the range of Rs 27 lakh to Rs 32 lakh. Read More – 2017 Mitsubishi Lancer Officially Revealed

Power on the new Pajero Sport will come from the 2.4-litre MIVEC, four-cylinder, turbo diesel engine with 181bhp of maximum power and 430Nm of torque. The engine will come mated to a new eight-speed automatic gearbox. In addition, it will get Mitsubishi’s updated version of Super Select four-wheel-drive system with low-range transfer case, centre differential lock and rear differential with locking differential on select versions. It is expected that Pajero Sport could be the first SUV in the segment to get an electric handbrake. 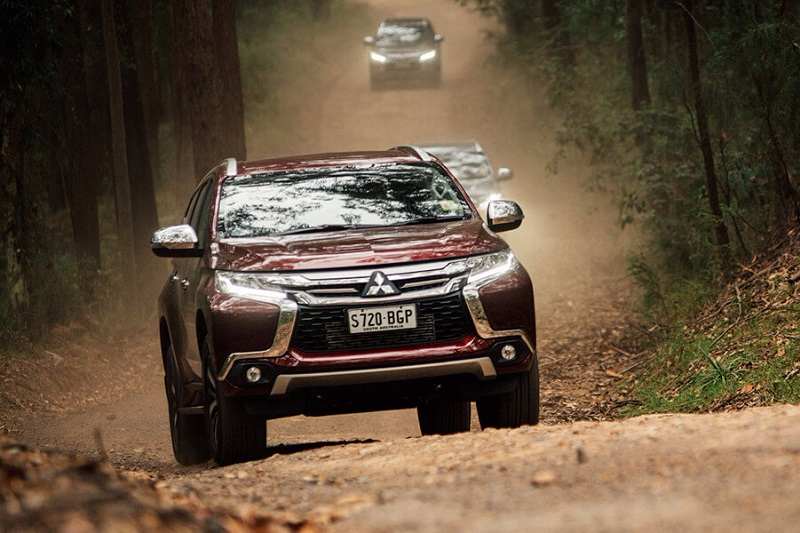 In the entry-level premium segment, the SUV will go squarely against Toyota Fortuner. Other models that will also stack up against the all-new Mitsubishi Pajero Sport include Ford Endeavour, Hyundai Santa Fe and Honda CR-V seven seater in the segment.

The bulky SUV will retain its proportions save for the length, courtesy longer front and rear end. With dimensional changes, the new Pajero Sport will measure 90mm longer than the predecessor. The wheelbase on the other hand will remain unchanged. 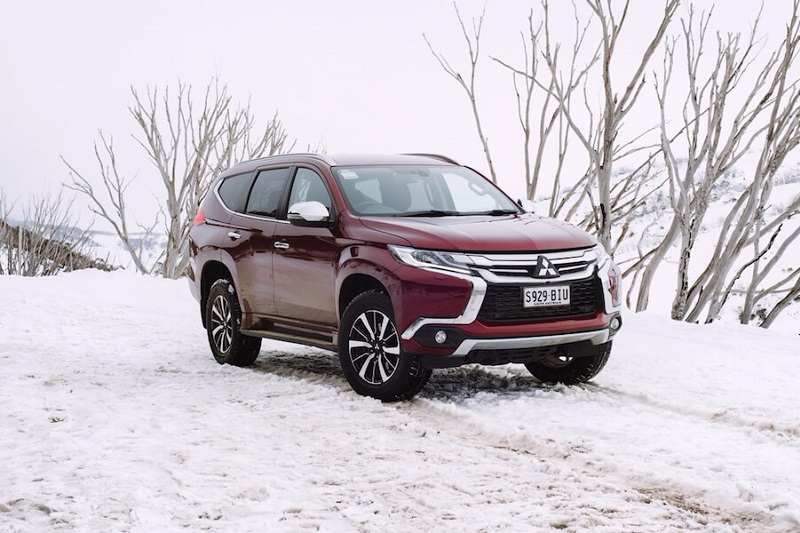 Sporting an aggressive stance, the high-set bonnet gets multiple folds. The bold front look is courtesy the ‘Dynamic Shield’ new grille with thick chrome slats and bold chrome bands that run across the radiator and cascade to the chin. As per Mitsubishi’, the chrome laden new grille not only enhances its visual appeal, but it protects the windscreen when driven through deep waters. 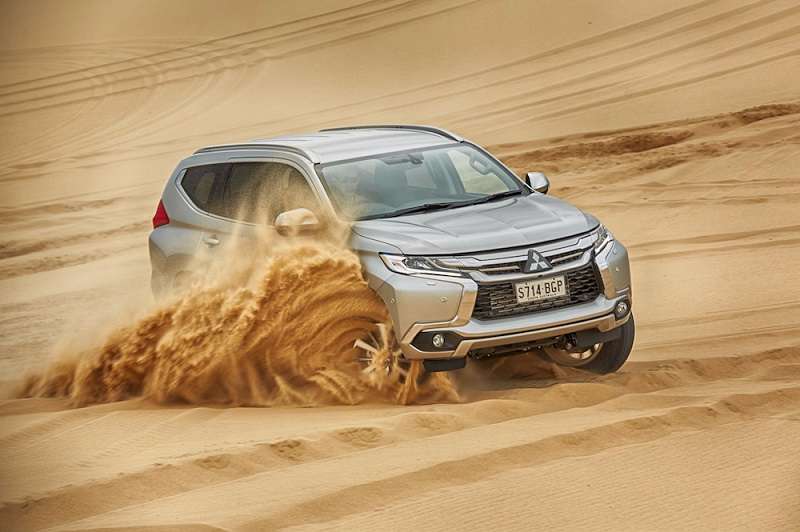 Other bits like the ridges on the nose and bi-LED projector headlamps sporting contemporary design further add to its aggressive look. With a longer rear overhang, the third row gets more room. While elements like the square-like wheel arches and pinched waistline bring prominence to the side profile. At the back, it gets low placed bumper and redesigned taillamps. 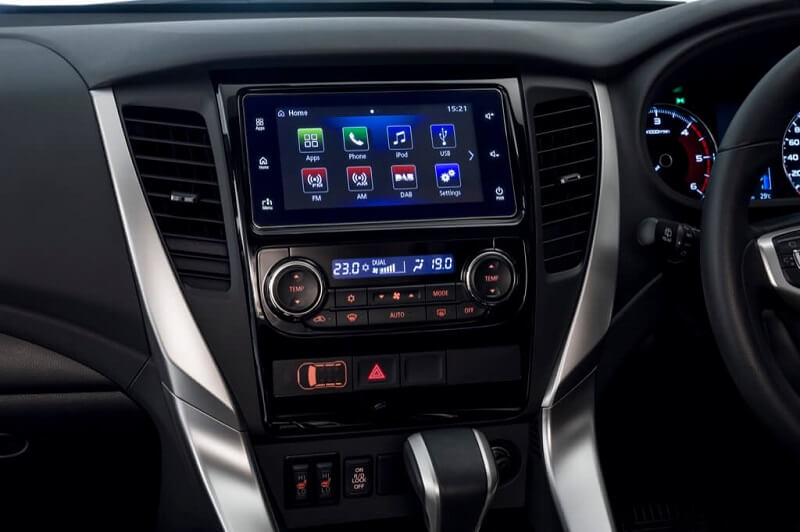 On the inside, it comes with a newly designed dashboard. Some of the bits are seemingly borrowed from the nose with intricate chrome work around steering wheel, door pads and centre console. In terms of features, expect it to pack a large touchscreen with multiple connectivity options.

The new Pajero Sport is based on the same ladder-frame chassis, but it has been modified for improved on-and -off road performance. The vehicle gets radical design changes with the bold ‘Dynamic Shield’ grille adding to its aggressive profile.