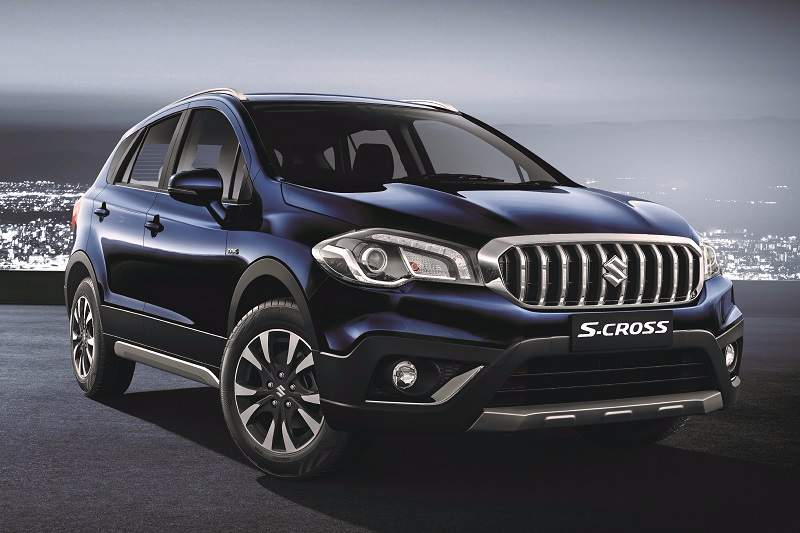 Maruti Suzuki India had launched the thoroughly updated version of the S-Cross crossover in October 2017. The new Maruti S Cross 2018 comes in four variants 4 variants – Sigma, Delta, Zeta and Alpha – priced between Rs 8.61 lakh and Rs 11.33 lakh (ex-showroom, Delhi). The crossover takes head-to-head against the Renault Duster and Hyundai Creta in the segment. Though, its pricing puts it in crosshairs of other similarly priced models. The 2018 model year receives prominent cosmetic updates and mechanical changes. As per company’s claims, the new S-Cross is bolder, stronger and more efficient than its predecessor. Maruti has tweaked the styling that makes it more appealing and upmarket.

The first mid-life facelift of S-Cross gets significant changes on the outside and subtle changes have been made to the interior. Additionally, the 1.3-litre DDiS unit now comes equipped with Maruti’s SHVS powertrain technology. Under the new taxation system (GST), the government increased cess on the hybrid vehicles. This makes the 2018 Maruti S Cross slightly more expensive than its predecessor.

The new model has witnessed slight substantial increase in price for the base trim. Although, with the 1.6-litre engine now gone, the top-spec variant costs significantly less than the older model. While the old model was priced in the range of Rs 7.94 lakh (for the DDiS 200 Sigma base variant) – Rs 11.66 lakh (for the top-spec DDiS 320 Alpha variant), the new S Cross facelift’ prices fall in the range of Rs 8.61 lakh and Rs 11.33 lakh. One must note that the above-mentioned prices are ex-showroom, Delhi. Read – New-generation Maruti Alto In the Works

Significant changes have been made to the front that transforms the look entirely. Most of the design and styling elements of the India-spec 2018 Maruti S Cross are carried over from the European-spec model. Wearing more aggressive stance, the face of the crossover looks more refreshing. The new model features a newly-designed radiator grille with chrome finished vertical slats and projector headlamps with LED daytime running lights (only on the top-spec trim). The crossover also gets re-designed front bumper, new grille with stretched lower grille with wider airdam and a muscular bonnet. Read – Maruti Wagon R Is All Set For A Generation Change

On the contrary, the side profile looks largely same, as in the old model. Though, it gets a new pair of dual-tone machine cut alloys with wider 215/60 R16 tyres instead of 205/60 R16 units. Moving towards the back, you will notice a new bumper, re-designed LED rear combination lamps. All above-mentioned changes make the S Cross 2017 a lot better looking product. Dimensions of the 2018 Maruti S Cross remain unchanged. 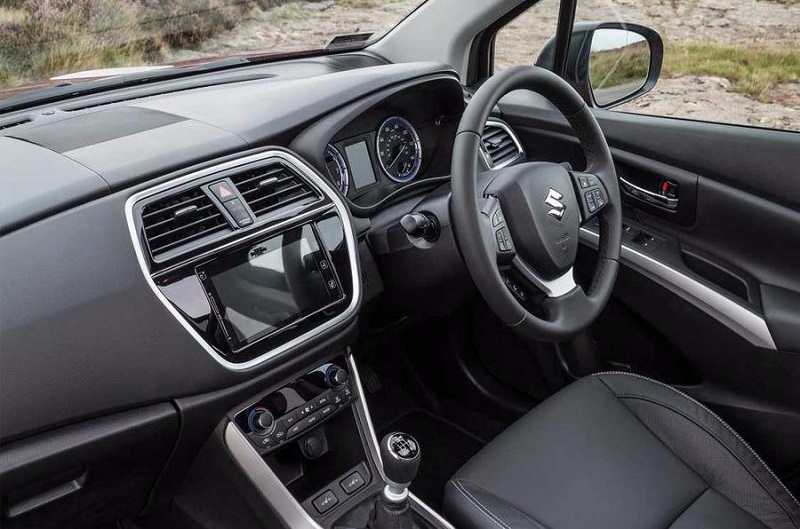 Changes have also been made to the interior that further accentuate the premium look. Maruti Suzuki has tastefully upgraded interior of the new S-Cross. The material quality has also been improved. One of the major changes comes in the form of a 7-inch touchscreen infotainment system with Apple CarPlay and Android Auto with Mirrorlink connectivity. Though, it is being exclusively offered on the top-spec Alpha trim of the carline.

What add more its feel and appeal are satin chrome accents, a newly designed soft-touch dashboard pad, a new piano black trim on the centre console and new leather finish on central armrest. The crossover also gets a revised instrument cluster with MID (multi information display), new seat upholstery and framing highlights for the centre panel. Read – 2017 Maruti Suzuki Swift – All You Need To Know

Maruti Suzuki India has scrapped the 1.6-litre diesel engine from the carline. The 2018 Maruti S-Cross is now available only with the Fiat sourced 1.3-litre DDiSSHVS powertrain. This mild hybrid motor comes with a pack of features such as idle-start-stop system, brake energy regeneration, torque assist and a gearshift indicator. It is capable to deliver a maximum power output of 88.47bhp at 4,000rpm, while producing a peak torque of 200Nm at 1,750rpm. Transmission duties on the crossover are taken care of by a 5-speed manual gearbox. The carline still misses out on the automatic gearbox, though rivals in the segment are available in automatic variants. Photo Gallery – Upcoming Maruti Suzuki Cars in India

In terms of fuel efficiency, the 2018 Maruti S Cross facelift is slightly more fuel-efficient than the previous model. With the addition of SHVS technology, the crossover sees significant increase in fuel economy claimed at 25.1km/l (ARIA-certified) which makes it one of the most fuel-efficient cars in its league. Compared to the older version rated at 23.65km/l, the S-Cross facelift returns additional 1.45km/l. 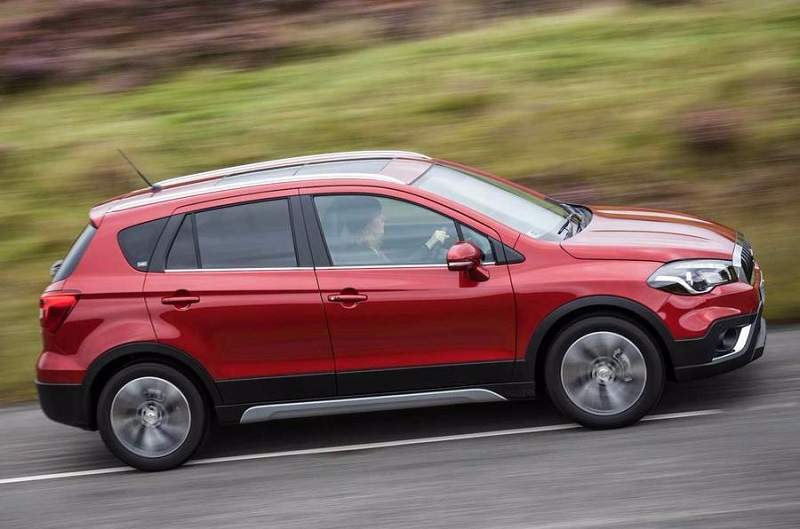 Seats of the new S-Cross are supportive and comfortable. The driver seat comes with rake and reach adjustment for the steering wheel. There is adequate space for the rear seat passengers. Though, it misses out on the rear AC vents. While driving, the car feels very planted – thanks to its flexible suspension setup.

The new S-Cross is as practical as its previous model. The crossover offers a boot space of 375-litre with an additional 12V power outlet. One can fold flat its seats in a 60:40 split, making more room for the luggage. 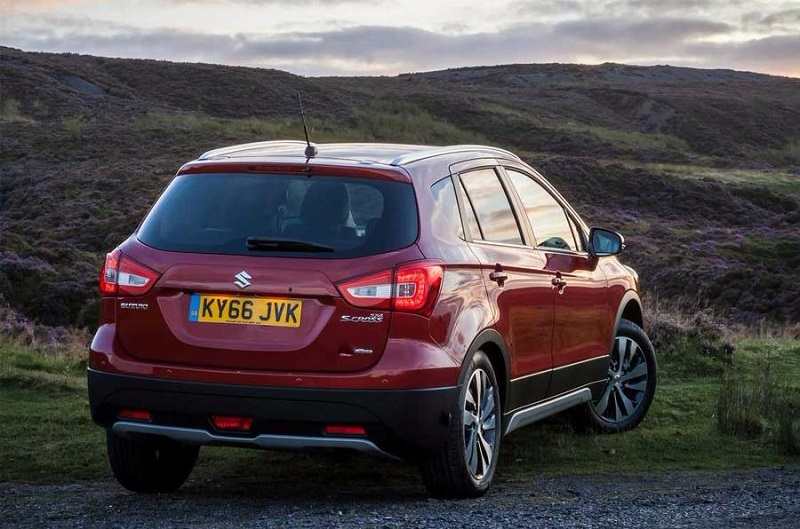 In terms of design, the new Maruti Suzuki S-Cross 2018 facelift looks more mature and premium than the old model. Interior has also been revised with a pack of new features. Ditching the old 1.6L DDiS 320 engine, the crossover gets the tried and tested 1.3L DDiS 200 engine boosted with SHVS mild-hybrid technology. While the engine performance is decent, it’s relatively high on fuel efficiency. The new S-Cross is certainly a much more sorted product now. It’s an efficient and practical family car at an attractive price.