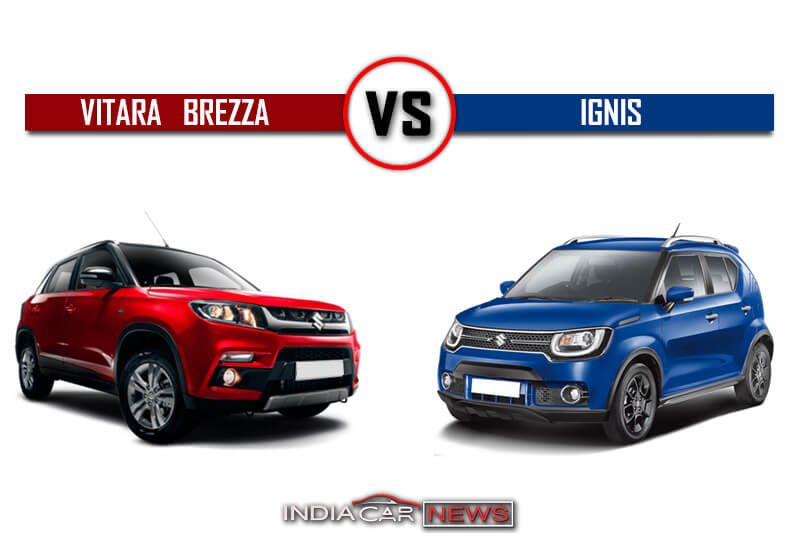 Buoyed by the tremendous response to its Vitara Brezza, Maruti Suzuki is aiming to bring in more SUVs/crossovers in the country. One such product will be the Maruti Suzuki Ignis crossover that had made its India debut at the 2016 Delhi Auto Expo. Expected to go on sale during this year’s festive season, the Ignis will take on the Mahindra KUV100 which is the only micro SUV on sale in India as of now.

To be retailed via Maruti Suzuki’s NEXA range of dealerships, the Ignis is expected to be slightly premium than the KUV100. This could also lead to cannibalisation with the Brezza and the Baleno due to overlap in the pricing.

While the Brezza’s pricing ranges between Rs 7.19 lakh – Rs 9.88 lakh (ex-showroom, Delhi), the Ignis could cost between Rs 5 lakh – Rs 7.50 lakh. The exact price range will be updated here as soon as the vehicle goes on sale.

Just like the Brezza, the Ignis too is a sub-4 metre mini SUV. The mini crossover measures 3693mm in length, 1709mm in width, 1566mm in height, and has a wheelbase of 2438mm.  The Vitara Brezza, on the other hand, is 3995mm long, 1790mm wide and 1640mm high. It comes with a wheelbase of 2,500mm, which is 62mm more than its smaller sibling. While the smaller car comes with a ground clearance of 180mm, the Brezza has a ground clearance of 198mm. However, both models are designed and developed for city driving. The mini SUV has a boot space of 258-litres, which is good enough to carry your daily bags. On the other hand, the Brezza features a boot of 328-litres.

The Brezza compact SUV is currently available only in the diesel version, and the petrol model will come by early 2017. The vehicle’s diesel engine, DDis 200, makes the Brezza country’s most fuel-efficient sub-compact SUV. It has an ARAI certified fuel economy of 24.3kmpl. On the other hand, the Ignis will come with both petrol ( 1.2-litre K Series) and diesel (1.3L MJD) engines . While the former is likely to return around 20Kmpl, the diesel version is expected to deliver about 26kmpl.

The Brezza compact SUV is powered by a 1.3-litre diesel engine that is good for 89bhp and 200Nm. Power is transmitted to the front wheels of the car via a 5-speed manual gearbox.

On the other hand, the Ignis will get a 1.2-litre K-Series unit that produces 84bhp of power and 115Nm of torque. The diesel engine will be the same 1.3-litre diesel unit that does duty in the Swift and the Baleno. Mated to a 5-speed manual gearbox, this engine produces 74bhp and 190Nm. The Ignis could also get an AMT unit option on diesel version.

In terms of power, the Vitara Brezza is more powerful than the Brezza. But with lighter weight, the Ignis could be an exciting performer. 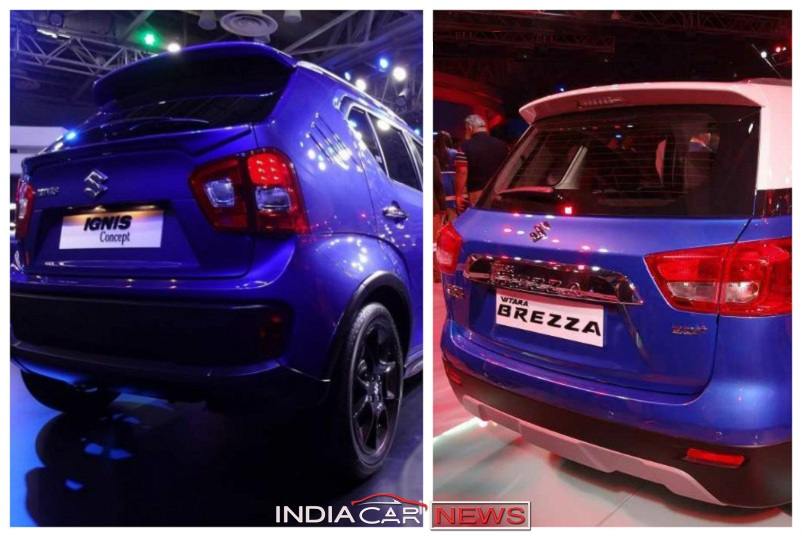