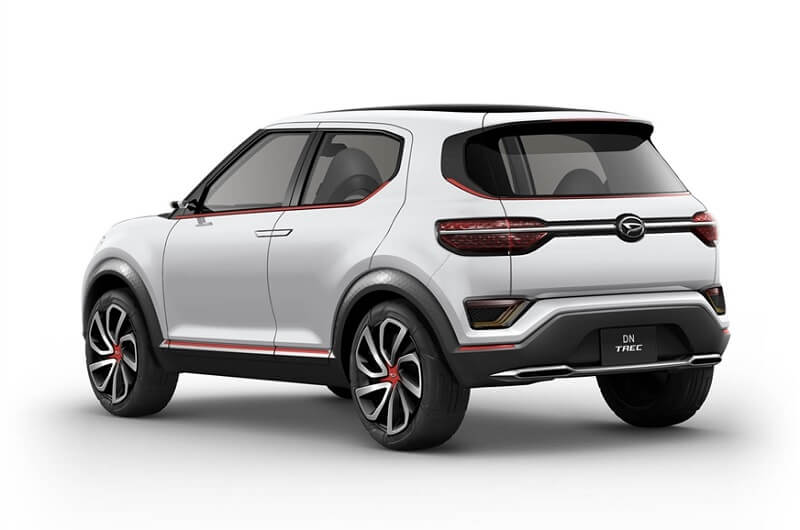 Toyota is reportedly working on an all-new sub-4 metre compact SUV for the global markets. The SUV will make its global debut in November this year. The new model will be designed and developed by Toyota-owned Daihatsu; however, Toyota’s version will also arrive at a later stage. The new compact SUV is likely to replace the popular Toyota Rush, which is currently on sale in select international markets.

It is expected that the new compact SUV will be a production version of the Daihatsu DN-Trec concept, which was unveiled in 2017. The production version of the Toyota compact SUV is expected to sit under 4 meter in length. The concept was 3.98m long and will be similar in length as the Tata Nexon, Mahindra XUV300 and the Hyundai Venue. The compact SUV will source the rugged styling elements from the concept. Features like LED headlamps, LED fog lamps, black roof and black cladding all around the body will be on offer.

It is expected that the new compact SUV could be the next global Toyota Rush and will be sold in more markets than the outgoing model. It will be based on the affordable version of the Toyota’s TNGA platform, which could be called the Daihatsu New Global Architecture.

The new Toyota compact SUV will be powered by a 1.0-litre 3-cylinder turbocharged petrol engine. It will be offered in two and four-wheel-drive options. The new SUV will directly rival the hugely popular Suzuki Jimny in some international markets.

It is quite early to comment whether this new SUV will make its way to our market. Toyota has joined hands with Suzuki and the first model from the alliance – the Toyota Glanza based on the Baleno hatchback was recently launched in our market. Toyota will also introduce the re-engineered versions of the Vitara Brezza, Ciaz and the Ertiga in our market. Adding to it, the duo is also working on an all-new C-segment MPV for the Indian market.