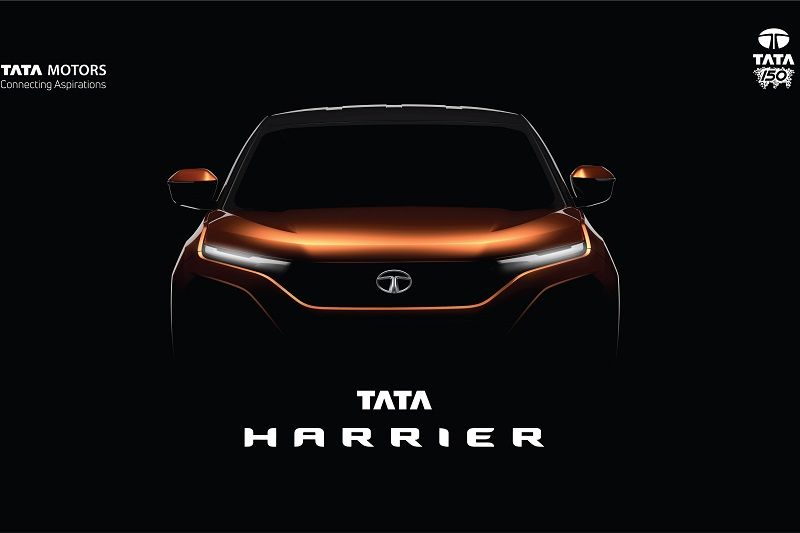 The Tata Harrier 5-seater premium SUV will go on sale early next year.

Finally, the moment has come for which we all have been waiting for. Yes, Tata’s all-new H5X concept based SUV has been revealed by the carmaker. Called the Tata Harrier, the premium SUV will stay around 80 per cent true to its concept as promised by the carmaker. The concept of the vehicle was previewed as H5X at the 2018 Auto Expo. The carmaker has also confirmed that the 5-seater SUV will go on sale in India in the first quarter of 2019.

Announcing the name of the SUV, Mr. Mayank Pareek – President, Passenger Vehicle Business Unit, Tata Motors said – “With Turnaround 2.0 into play, we are geared to win sustainably in the market. We are proudly speeding towards our next market introduction – ‘Tata Harrier’, yet another game changer, to offer our customers a product, that is not only exciting but that which will take our brand value to the next level. With legendary pedigree running through its veins, ‘Tata Harrier’ promises to shatter all current benchmarks and pave entirely new standards for SUVs in India. This is in line with our well-defined go-to-market strategy. We are excited to introduce the ‘Tata Harrier’ to our customers and are gearing up for the commercial launch in the first quarter of 2019.”

In the premium SUV space, the Tata Harrier will take head-to-head against the Jeep Compass and Hyundai Tucson. Interestingly, the SUV is reported to share its engine and transmission with the Compass. For power, it will use the 2.0-litre Multijet diesel motor paired to a ZF 9-speed automatic gearbox. Please note that the official specifications of the Tata Harrier are yet to be confirmed by the carmaker. 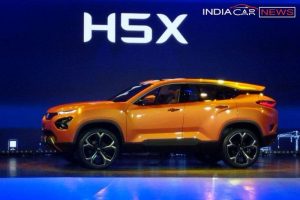 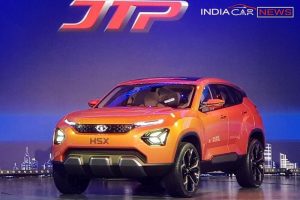 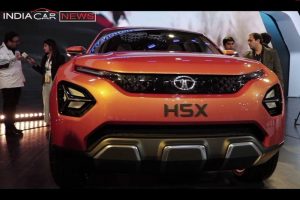 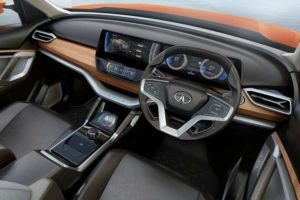 What’s more interesting about the Tata Harrier is its design language that will surely distinguish it from its competitors. Underpinning Land Rover Discovery Sport’s platform, the new Tata 5-seater SUV carries the brand’s new-generation IMPACT Design 2.0 philosophy that is claimed to be bolder than its previous version. Read – Tata H5X Hybrid Model Is A Possibility

The vehicles, based on Tata’s new IMPACT design language, will have ‘segment-leading wheel sizes and strong fenders. And the Tata Harrier is the first model in this league. The SUV features a more prominent, three-dimensional ‘humanity line’ underlining the front grille and headlamps. The body surfacing is uncluttered and there is the especially mentioned ‘Tri-arrow’ pattern. Read – Tata H7X 7-Seater SUV Under Development

While the exterior styling of the Tata Harrier is bold and aggressive, the interior is more user-friendly with top quality material. All functions and controls are within the reach of the driver. Addressing issues of its other cars, Tata offers several storage compartments in the Harrier premium SUV. The car has in-car connectivity and several advanced features along with the segment-leading HMI (Human Machine Interface) screens. Read – Upcoming Tata Cars In India

As far as the pricing is concerned, Tata might surprise us as it did with the Tiago, Tigor and Nexon. Speculations suggest that the SUV could be priced from Rs 12 lakh to Rs 20 lakh (ex-showroom).