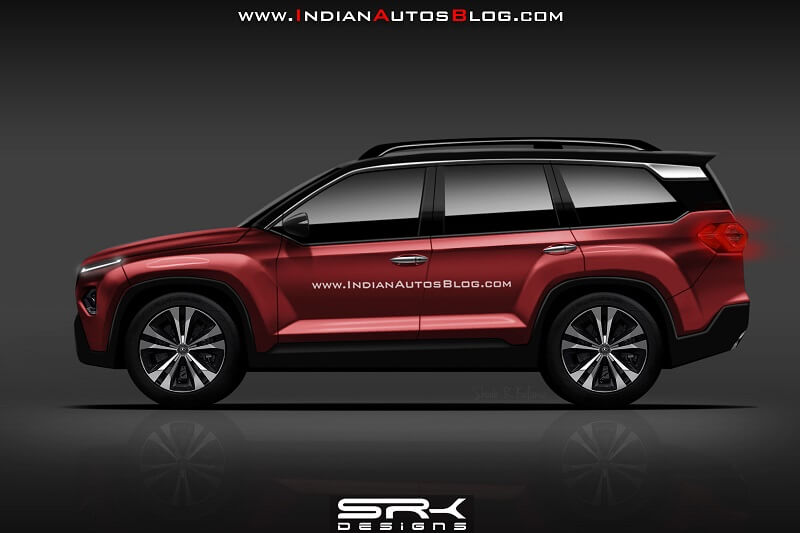 The Tata H7X will take directly on the Honda CRVand Mahindra XUV500.

2019 will witness some really exciting launches from Tata’s stable. While the home-grown carmaker kick started year with the launch of its much-awaited Harrier premium 5-seater SUV in January, the Harrier 7-seater version and 45X concept based hatchback will come later this year. Prior to their official launch, the company will showcase the Tata Harrier 7 Seater (codename – Tata H7X) and 45X hatch at the Geneva International Motor Show in March 2019. Alongside, the carmaker will also preview the Tata Hornbill mini SUV and an electric vehicle based on Alpha platform in their concept avatars.

Interestingly, the Tata Harrier 7 seater (Tata H7X) will carry a different nameplate along with minor design and feature upgrades. With all obvious reasons, the H7X SUV will have longer rear overhang with a third row of seats than the standard Harrier. Though, the wheelbase of the bigger SUV will be similar to the 5-seater version. Read – Tata 45X Hatchback To Challenge Maruti Suzuki Baleno

Similar to the 5-seater model, the Tata Harrier 7 seater (Tata H7X) will be designed on Land Rover’s D8 platform. The latter one will feature a more powerful, BS6-ready 2.0L Kryotec diesel engine. This motor will produce power worth 170bhp with 350Nm, and likely to come with both manual and automatic gearbox options. The Tata H7X will carry a premium price tag and take on directly on the Honda CR-V and Mahindra XUV500. 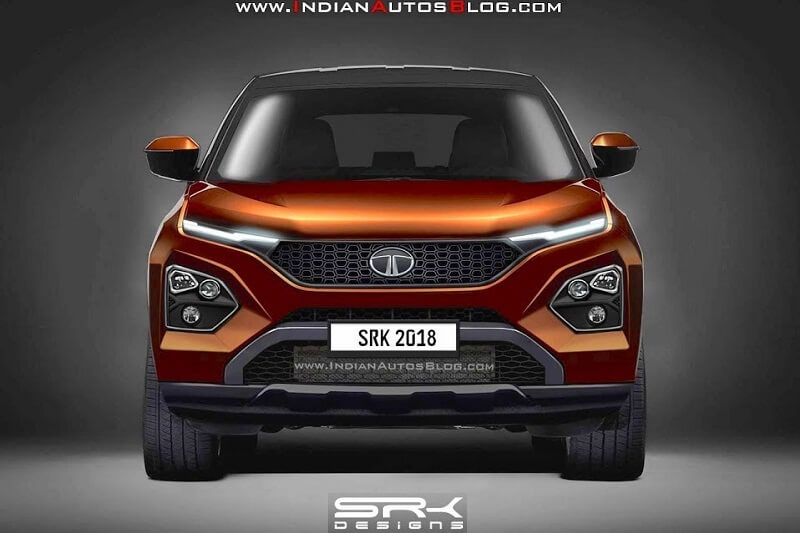 Tata Motors has confirmed that it will bring in the 7-seater version of its recently-launched Harrier SUV by the end of this year. Though, the official launch date is yet to be announced by the company. Stay tuned to IndiaCarNews.

The Tata Harrier 5-seater SUV has been made available at introductory price range of Rs 12.69 lakh – Rs 16.25 lakh (ex-showroom, Delhi). The SUV’s bigger sibling will receive subtle design changes and new features along with a more powerful engine and an automatic gearbox. It will have an additional row of seats for accommodating two extra occupants. These upgrades will certainly make it slightly more expensive than the 5-seater standard model. The Tata Harrier 7 seater (Tata H7X) price is estimated to fall in the range of Rs 16 lakh – 21 lakh (ex-showroom). If launched at this price point, it will take head-to-head against the Honda CR-V and Mahindra XUV500. Read – New-generation Tata Safari Storme Could Look Like This!

Under the hood, the new Tata Harrier 7 seater SUV will house a more powerful iteration of the Harrier’s 2.0L Kryotec diesel engine. While the 5-seater model offers power worth 140bhp against 350Nm of torque, the bigger sibling will deliver a top power of 170bhp with the same 350Nm of torque. This oil burner has low friction valve train architecture and an advanced EGR ensuring high fuel efficiency. Read – New-Gen Tata Sumo With Modern Tech Is A Possibility

The eVGT (electronically controlled variable geometry turbocharger), on the other hand, helps deliver excellent power and pickup on different terrains. Transmission choices will include a 6-speed manual and a Hyundai-sourced 6-speed torque convertor automatic unit. The 7-seater SUV will come with multi-drive modes along with Terrain Response system and all-independent suspension set-up from Land Rover. 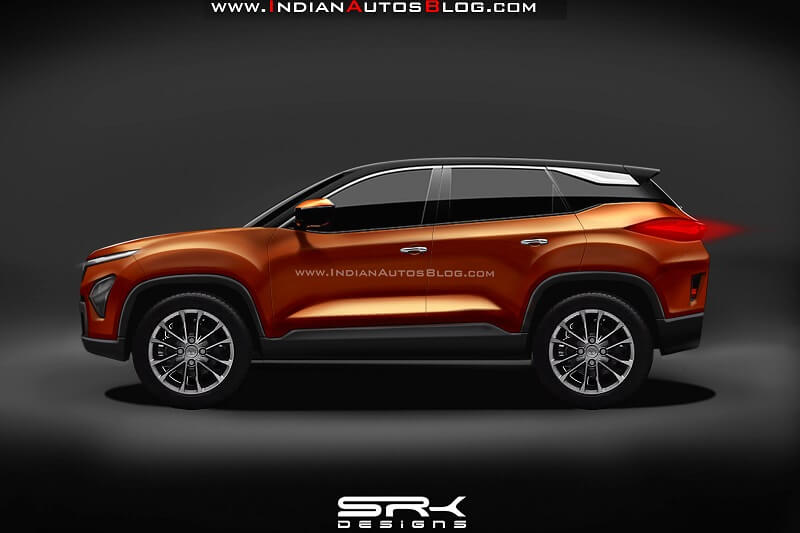 As mentioned above, the Tata Harrier 7 seater (Tata H7X) will be build on the OMEGA (Optimal Modular Efficient Global Advanced) platform and carry the second-generation IMPACT Design 2.0 design language as we have seen on the standard model. The new, robust architecture enhance driving dynamics, handling and off-road capabilities of the vehicle. While most of the design bits will be carried over from the Harrier 5-seater, the SUV will witness minor design tweaks.  Read – New Tata Premium Sedan To Challenge Honda City

The H7X will feature a 62mm longer rear overhang, stretching its length up to 4,660mm. Though, the wheelbase of the vehicle will remain unchanged – i.e. 2,741mm. Styling behind the C-pillar is likely to be different than the regular 5-seater model. It will feature a larger glass area instead of the pinched rear quarter windows. The Tata Harrier 7 seater will sport LED DRLs, tri-arrow fog lamps, larger side air vents, new skid plate, more pronounced wheel arches, a sloping roofline and wrap around smoked taillamps.

Interior of the Tata Harrier 7 seater (H7X) will share strong resemblance to the Harrier 5-seater version. It will feature a large touchscreen infotainment system with Apple CarPlay, Android Auto and MirrorLink connectivity. The SUV will also get a leather wrapped dashboard, electrically adjustable seats, rear parking camera and sensors, brake assist, airbags, ABS with EBD and traction control. Measuring around 4,660mm in length, the H7X will have an additional third row seat to accommodate two extra passengers. More details will be revealed in near future.