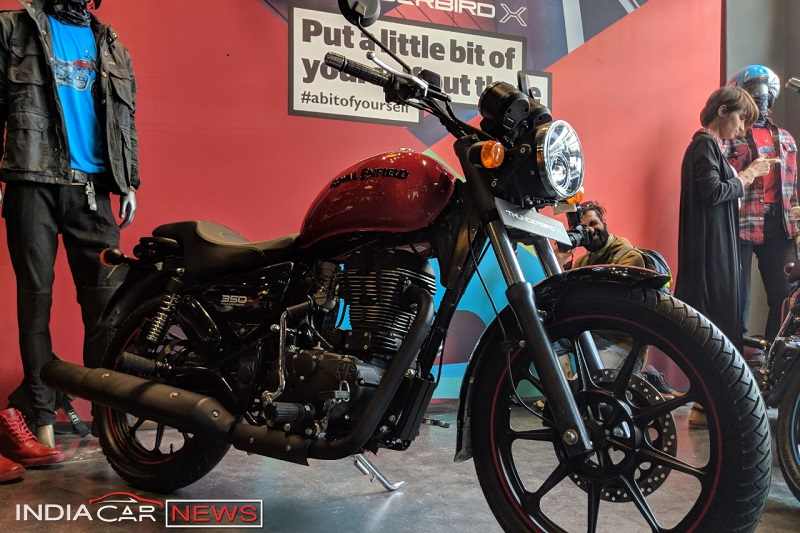 – The bike gets subtle design updates along wiht lots of blackened treatment.

The Thunderbird range won’t have a direct competition in the market; however, it will impact sales of Bajaj Dominar 400 and Yamaha Fazer 250. The new Thunderbird X model targets young buyers who are looking for a more comfortable and aggressive-looking cruiser motorcycle. The new Thunderbird 350X and 500X models witnessed several styling updates over the standard models. The bikes also get multiple vibrant paint schemes, though the engine mechanism remains unchanged. 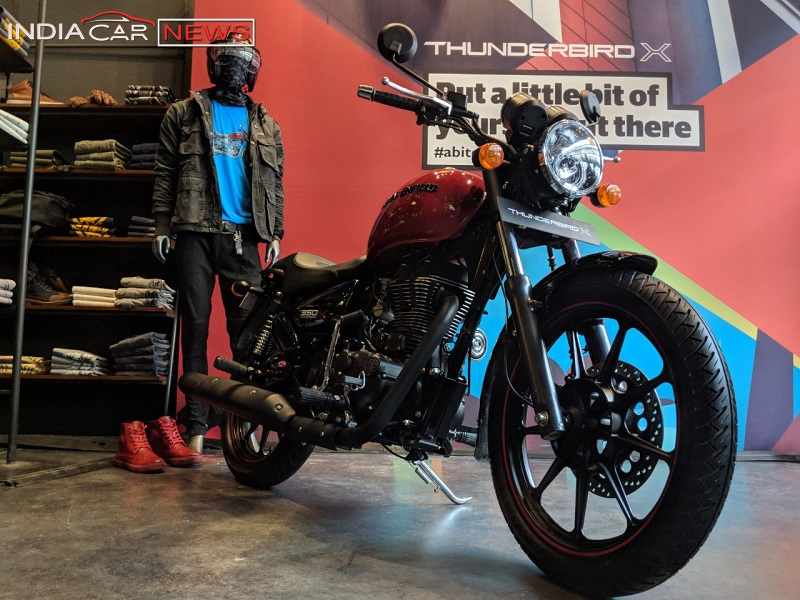 The RE Thunderbird 350’s new model receives minor aesthetic updates, while the engine setup remains intact. The new updates have made the X variant slightly more expensive than the standard Thunderbird 350. While the regular model comes with a price tag of Rs 1.48 lakh, the new model is available at Rs 1.56 lakh (all, ex-showroom Delhi). Read – Royal Enfield Interceptor 650 Launch Details Revealed 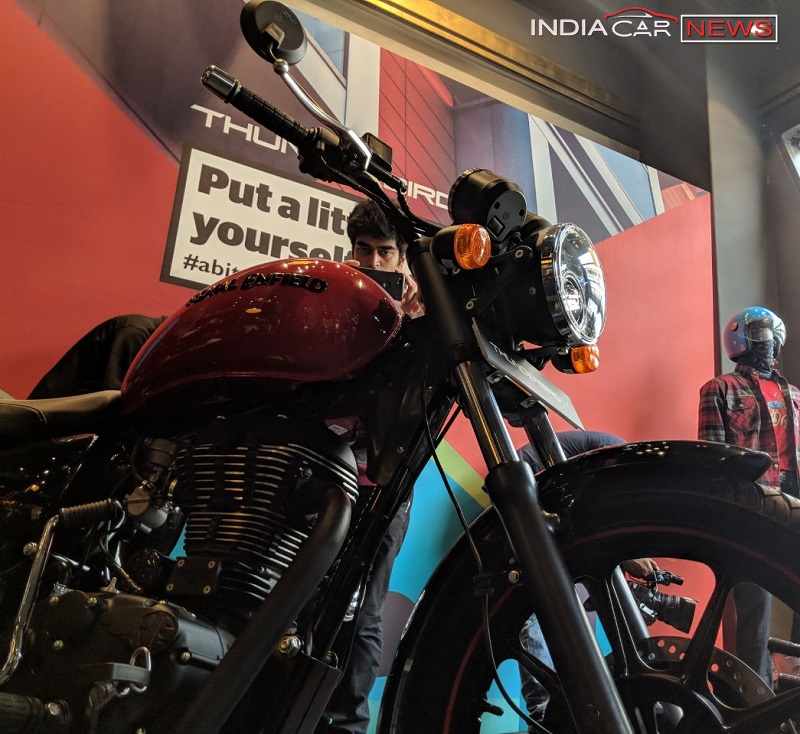 Visually, the new RE Thunderbird 350X appears slightly more refreshing and sportier than the regular model. Upfront, the new variant features blacked out headlamp, which continues to feature LED daytime running lights (DRLs). What add more to its sporty appearance are new 9-spoke black alloy wheels. The handlebars have also been shortened. Ditching the split seat, the X variant gets a new single unit.

As mentioned above, the RE Thunderbird 350X continues to derive its power from the 346cc, single-cylinder, 4-stroke, Twinspark engine with air-cooled system. It’s the same powertrain that does duty in the bike’s regular model. This motor is good enough for generating power worth 19.8bhp at 5,250rpm against a peak torque of 28Nm at 4,000rpm. A five-speed gearbox delivers power to the rear wheel via a chain drive. Read – Upcoming Royal Enfield Bikes In India

Packed with the same 346cc engine, the new Thunderbird X variant is as fuel efficient as the regular model. It returns a mileage of around 30-35kmpl. Check Out – India’s 5 Best Modified Royal Enfield Bullets 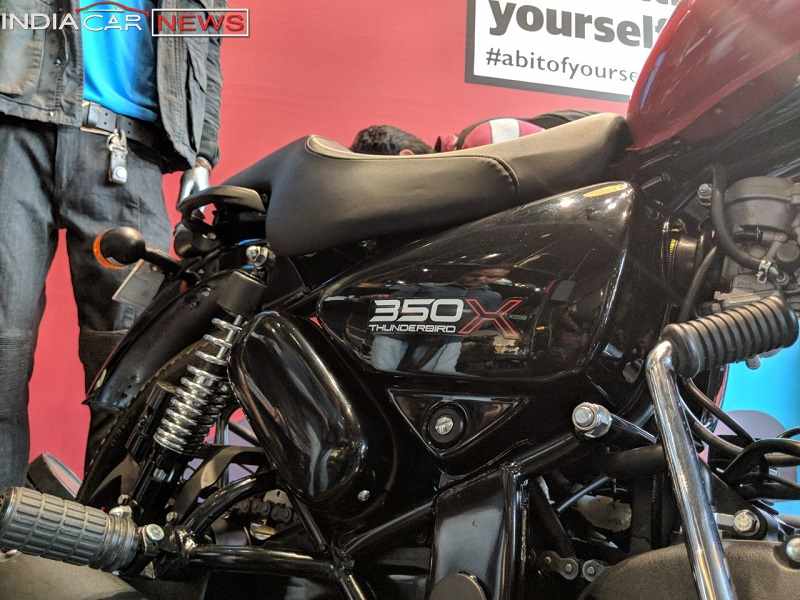 Similar to the regular Thunderbird 350, the new model is capable to attain a top speed of 107kmph.

For the first time, Royal Enfield offers vibrant colour schemes on the cruiser motorcycle. The new 350X model comes in a choice of two paint schemes – Roving Red and Whimsical White, while the 500X is available in Drifter Blue and Getaway Orange shades.

With respect to proportion, the new 350X model is exactly similar to the standard model. It measures 2060mm in length, 790mm in width and 1,205mm in height and has a wheelbase of 1,350mm. The motorcycle offers a ground clearance of 135kgs, while its fuel tank capacity stands at 20-litres.

Suspension mechanism of the new Thunderbird 350X model is same as the regular model. The motorcycle comes fitted with 41mm telescopic front forks with 130m travel and a twin-gas charged shock absorbers with 5-step at the rear. Braking power comes from the 280mm front and 240mm rear disc brakes. This cruiser bike has been assembled with 9-spoke, blackened alloy wheels shod with 90/90 front and 120/80 rear tyres.