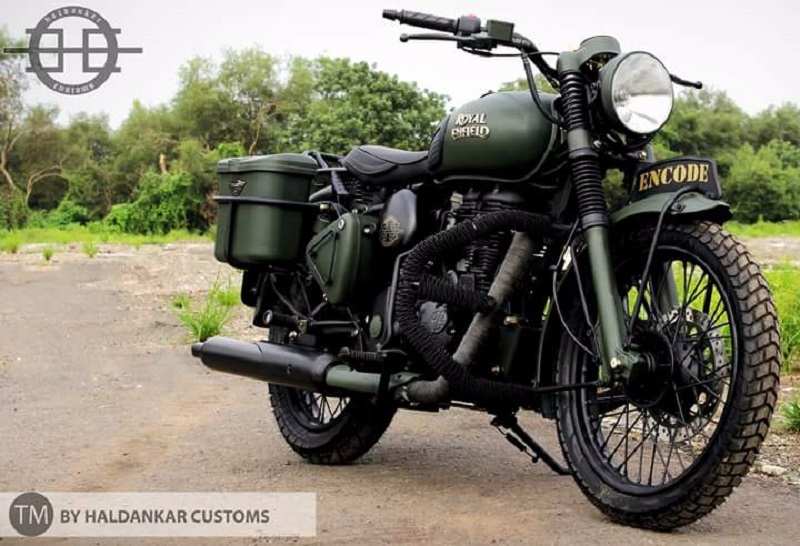 Have a look at these top 5 modified Royal Enfield Bullets that will leave you drooling.

This custom Royal Enfield Bullet 350 sports a Battle Green shade that is available on the Classic 500 in overseas markets. Modified by the Mumbai based Haldankar Customs, it has not only received visual changes, but it also gets a new name, ‘Encode’. Along with the new paint, vital changes have been made to Encode like a larger 18-litre fuel tank, a tank grille, a stem watch and a neck stem. Other bits such as carrier at the back, aftermarket tyres, removable pillion seat, custom mudguards, blackened spokes etc complete the entire look. Even the suspension mechanism has been changed up front. 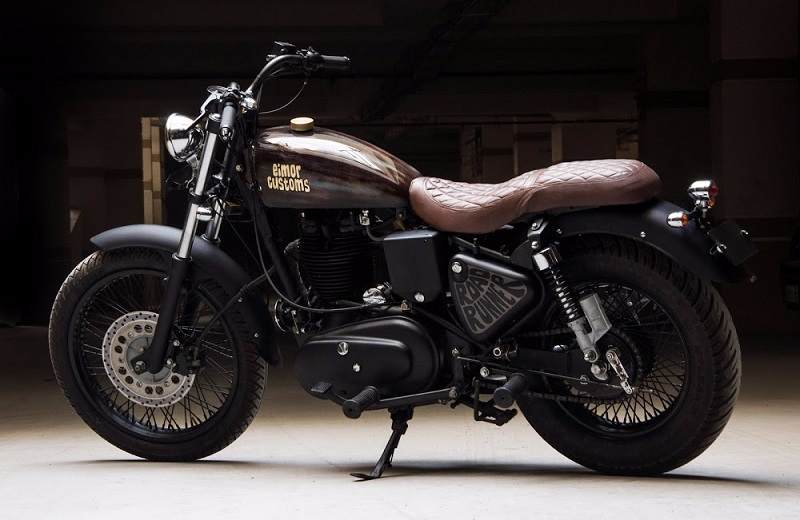 The Hyderabad based Eimor Customs has beautifully modified this Standard Bullet from the 70s into a retro modern street motorcycle. Called the Road Runner, the highlight of this custom Bullet is the peanut tank and the antique finish with a touch of gold leaf writing. While it retains the 346cc, single cylinder OHV engine, the bike sports new indicators and exhaust. The custom seat wrapped in brown leather goes well with the antique finish fuel tank. 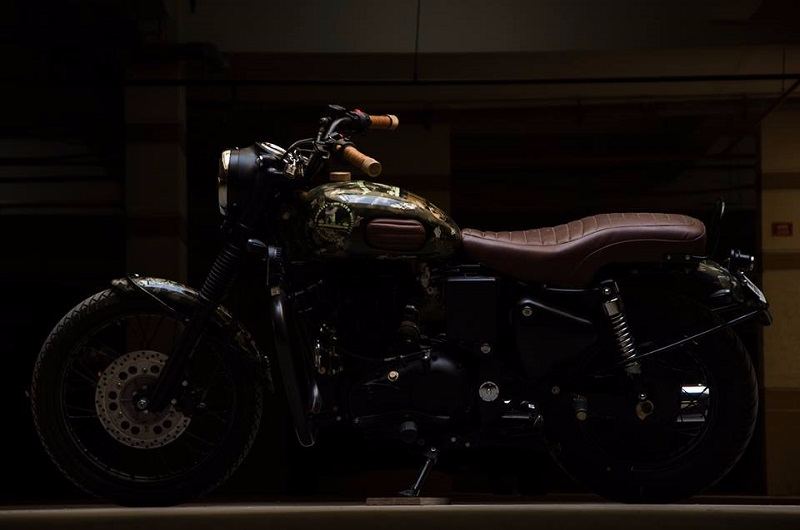 Another example of custom Bullet by Eimor Customs of Hyderabad is this robust looking Bullet Electra, renamed Parantapa. The fuel tank features new thigh pads matching the colour of the new seat cover. It rides on leaner 19-inch front and 15-inch rear wheels. The fuel tank lid is made of brass that has been moved to the right side. Named after one of the 12 names of Arjuna, the Bullet Electra Parantapa features graphics that signify the awards won by one of the oldest battalions of the Indian army, the Bombay Snappers (and the owner’s). And not to forget the olive-green camouflage on tank and mudguards and the custom-made helmet. 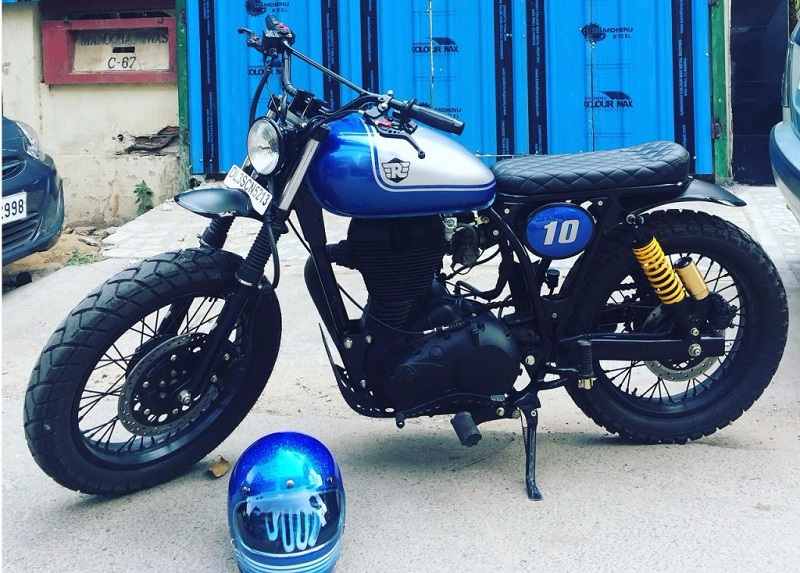 Modified by the Jaipur based Rajputana Customs, this Bullet 500 has been transformed into a tracker. It comes with a bench seat with quilted stitching, tracker handlebars, gaitered telescopic fork etc. Up front, it features a slim headlamp and beak type fender. The 18-inch spoke wheels receive black finish and come shod with Ralco 120-section front and Heidenau K60 Scout 13-section rear rubber. Suspension set-up at the back looks reminiscent of the Continental GT. The colour scheme on the bike has also been changed to sparkling silver and Blue. While the engine is retained, it gets dual disc units along with mega-phone style exhaust. 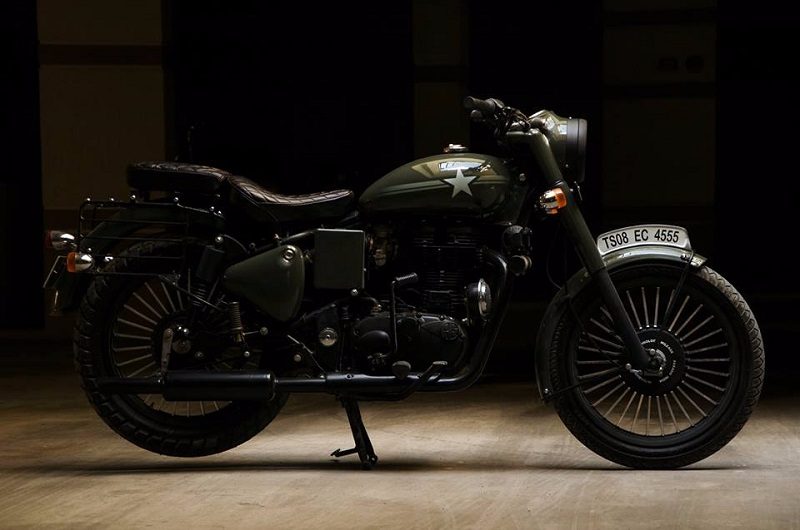 This mod Bullet features square like rugged grille in solid rods used as a saree guard. Mudguards too have been changed for a leaner look at the back and a plate like look up front. The stock spoke wheels have been replaced with new alloys. It rides on new aftermarket tyres for a better on-road grip. Also, the blue glass on the headlamp and the glossy finish on the fuel tank enhance its visual appeal. Besides, this custom RE 350 Standard Mahi gets new indicators and exhaust.