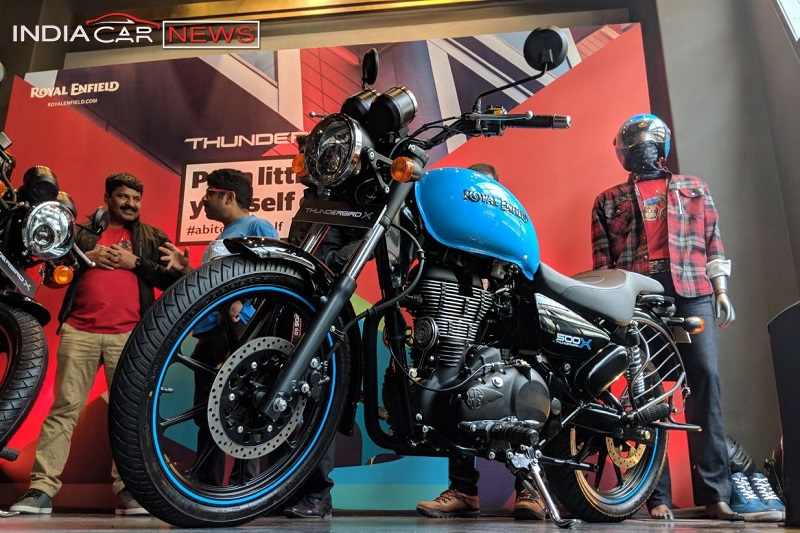 With new Thunderbird X range, Royal Enfield aims to boost sales of the Thunderbird cruiser which is facing stiff competition from the likes of Bajaj Dominar 400, UM Renegade and others in its league. Both the models come with several new features and paint schemes along with a few cosmetic changes. Similar to the regular model, the new Royal Enfield Thunderbird 500X makes use of the 27.2bhp, 499cc engine. 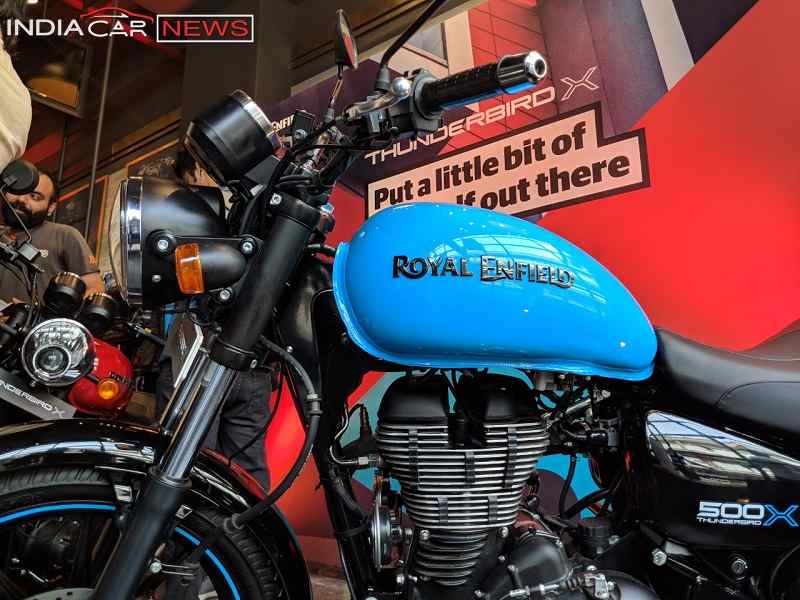 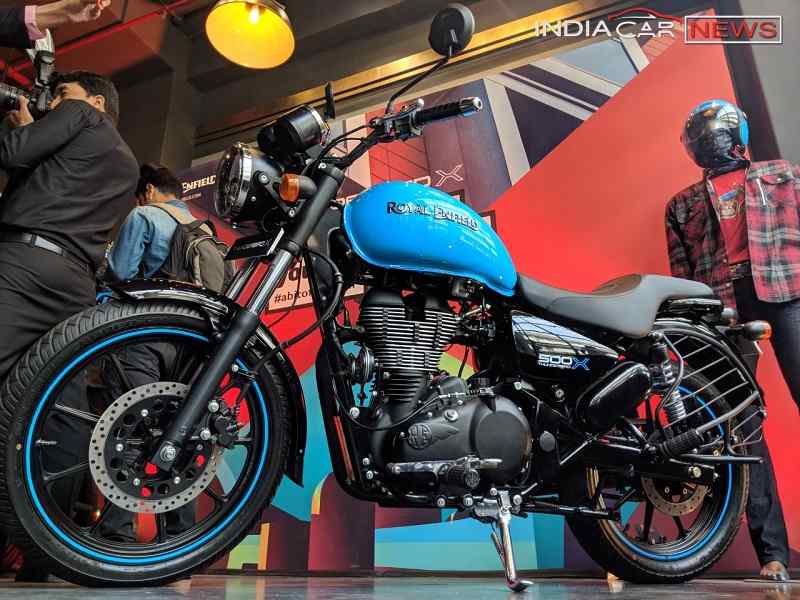 In terms of design and styling, the new Royal Enfield Thunderbird 500X gets subtle cosmetic upgrades giving it a refreshing look. The cycle parts and engine casing are finished in black paint instead of the silver finish. The footpegs are now moved forward that should improve the ride quality, while the new handlebar is flatter than the regular model. The motorcycle is claimed to have improved riding stance. Besides this, the motorcycle also gets new exhaust muffler.

Instead of twin seats, the RE Thunderbird 500X features a longer and single unit. However, it misses out on pillion backrest. The motorcycle also gets a slightly revised rear mudguard, and the wing mirrors and turn indicators enclosure are finished in matte black. The motorcycle rides on newly designed 9-spoked alloy wheels shod with tubeless tyres. Black treatment is also offered on the instrument console and headlamp enclosure. The headlamp design with LED daytime running lights remains unchanged, while it gets LED taillight at the rear. It continues to feature electric start and disc brakes. Though, it’s still devoid of anti-lock braking system. Read – Royal Enfield Interceptor 650 Is Coming Soon To India 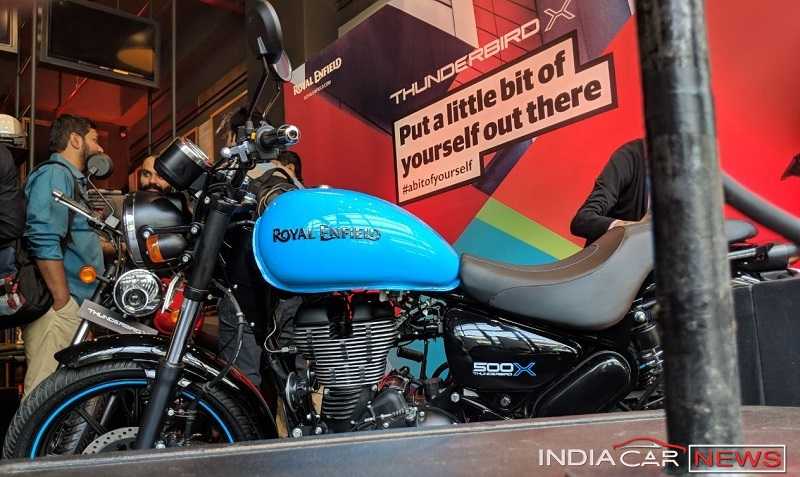 At the heart of the new Thunderbird X model is the same 499cc, single-cylinder air-cooled engine that powers the standard model. This motor delivers a maximum power output of 27.20bhp at 5,250rpm and a peak torque of 41.30Nm at 4,000rpm. Transmitting power to the rear wheel is a 5-speed gearbox.

All the technical details of the new model are similar to the existing model. Akin to the regular Thunderbird 500, the new 500X offers a top speed of 130kmph. Check Out – India’s 5 Best Modified Royal Enfield Bullets

One of the most noticeable changes comes in the form of new vibrant colours. The RE Thunderbird 500X is available in two shades – Getaway Orange and Drifter Blue. On the other hand, the 350X comes in choices of Whimsical White and Roving Red paint schemes.