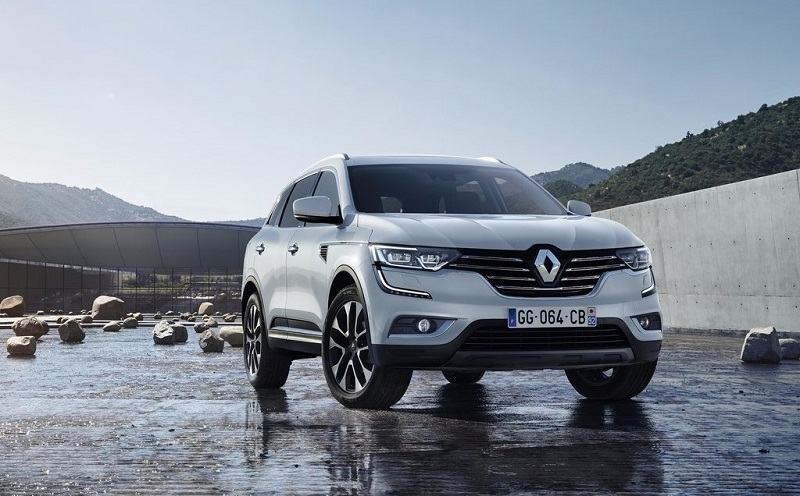 Estimated to be priced between Rs 24 lakh – Rs 28 lakh, the 2017 Renault Koleos will rival the Toyota Fortuner and Ford Endeavour.

Renault, the French automaker is considering re-introducing the Koleos SUV in the Indian market. The new Renault Koleos 2017 was first showcased at the 2016 Beijing Motor Show, and recently made its European debut at the Paris Motor Show. If reports are to be believed, the SUV will be unveiled to Indian audience at the Delhi Auto Expo 2018. It is expected to be launched in India in Q1, 2018. The new Koleos is already on sale in Austrlia and Malaysian markets.

This will be Renault’s flagship SUV in India, and it will be a seven-seater car. The SUV will rival against the upcoming Honda CRV 7 Seater, Toyota Fortuner & Hyundai Santa Fe. Design wise, the new Koleos gets Renault’s family design which we have already seen on new breed of Renault cars. Upfront is a signature slatted grille, sleek headlamps with LED daytime running lamps and fog lamps. At the back, the SUV gets LED tail-lamp unit that extended to centre of the boot lid. There is lot of chrome all around the body to add premium touch. Interior of the SUV will be equipped with several high-end features including a seven-inch touchscreen infotainment system, a Bose music system with 12-speakers, Nappa leather upholstery, automatic climate control, etc. Also Read – Renault Kaptur | Renault Kwid 1000cc & AMT | Renault Kwid Compact Sedan

The Malaysian-spec Koleos is powered by a 4-cylinder petrol engine paired to a X-Tronic CVT gearbox. This engine is good for 170bhp of power and 226Nm of torque. It is capable to attain 0-100kmph in 9.5 seconds before hitting a top speed of 200kmph. In India, the SUV could be offered with two diesel engines – 1.6-litre and 2.0-litre. While the smaller capacity unit is good for 130bhp, the latter develops 170bhp. A six-speed manual gearbox will come as standard, while a CVT unit could be offered as optional. The top-end models are likely to get all-wheel drive system.

Similar to the current model, the 2017 Koleos will be imported to India as CKD (Completely Knocked Down) unit, and then assembled at the Renault-Nissan Alliance’s Oragadam-based facility near Chennai. This will also help carmaker price the SUV quite competitively.

It was speculated that Renault will launch the Koleos SUV in India towards the end of 2017. However, recent reports suggest that the SUV could be launched by early next year. Adding to it, the Koleos could have its India debut at the Auto Expo 2018 in February.

In the premium SUV segment, the new Renault Koleos will compete against the Toyota Fortuner, Ford Endeavour and Hyundai Santa Fe. With such rivalry, the new Renault SUV is estimated to be priced around Rs 24 lakh – Rs 28 lakh. Currently, the SUV is available within the price range of Rs 23.5 lakh – Rs 27.7 lakh (ex-showroom, Delhi). Read More About – New Renault Duster (7-Seater) | Renault Kwid Compact SUV

In global markets, the new Koleos is available with multiple powertrain options. Globally, the SUV will be available with two petrol and two diesel engines with capacity ranging from 130bhp to 175bhp. The diesel engines include a 1.6-litre and a 2.0-litre that are capable of producing 130bhp and 170bhp respectively. Transmission options on offer could be a 6-speed manual or X-Tronic automatic. The SUV will come with All Mode 4×4 all-wheel drivetrain system offering a choice between 2WD and 4WD Auto modes.

Furthermore, the SUV offers a third mode – 4WD Lock – that enables the driver select permanent all-wheel drive. In certain markets, the Koleos will also be made available with two-wheel drive system. The China-spec 2017 Renault Koleos will be offered with 150bhp, 2.0-litre and 186bhp, 2.5-litre engines. But, the technical details of the India-spec model are still under the wraps. The existing Koleos comes fitted with a 2.0-litre, 148bhp dCi diesel engine, supported by 2WD and 4WD system.

Similar to the Malaysia-spec model, the India-bound 2017 Renault Koleos might come in a choice of four colours – Black Metallic, Universal White, Grey Metallic and Meissen Blue.

The new Koleos is 4,672mm in length, 1,843mm in width and 1,678mm in height. Compared to the previous model, the new model is 150mm longer, 29mm shorter and 12mm narrower. In fact, the wheelbase has been extended by 15mm to 2,705mm, which turns into spacious cabin.The flagship Renault SUV will come with a ground clearance of 213mm, which is more than sufficient to tackle rugged Indian terrains.

Based on C/d version of the Renault-Nissan Alliance’s CMF (Common Module Family) platform, the new Koleos carries Renault’s new design philosophy called ‘Expolre’. This bold design said to be suggest “robustness and a test for adventure”. The new Koleos derives some of its design elements from the Renault Talisman saloon that was awarded as the ‘Most Beautiful Car of the Year’ at 2016 Festival Automobile International in Paris. The fascia of the SUV has aggressive appeal, thanks to its signature Pure Vision full LED headlights, wide chrome grille and chrome strips running across headlamps and full length of the wings.

The muscular side lines, large-diameter wheels, door protective molding and aluminium roof bars enhance its side profile. The rear end looks sporty with horizontal tail-lights, twin exhaust tail pipes and rear bumper with chrome inserts. The overall length, width and height of the new Renault Koleos measure 4,672mm, 1,843mm and 1,678mm respectively. This makes it 150mm longer, 29mm shorter and 12mm narrower than the first generation. The wheelbase, with an extension of 15mm, stands at 2,705mm. It has a ground clearance of 213mm. 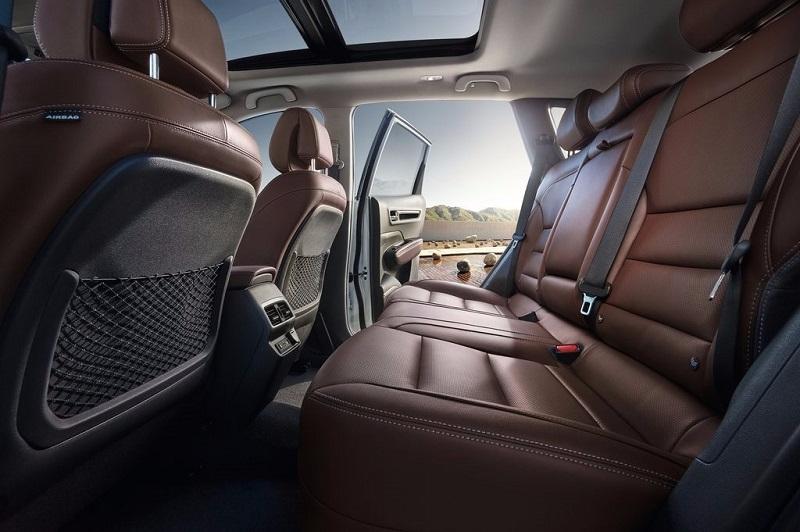 With several design upgrades and new features, the interior of new-gen Koleos is certainly up-market, and looks more premium than before. Features like new 6-way power adjustable front seat, integrated ventilation for lower down temperature in hot weather and power lumber adjustment are available only on the selected trim of the SUV. Other key features include R-LINK 2 touchscreen infotainment system with navigation, BOSE surround sound system, tall and wide dashboard, hands-free telephony, driver aids, radio, a 5-litre cubby in the centre console and an 11-litre glove box.