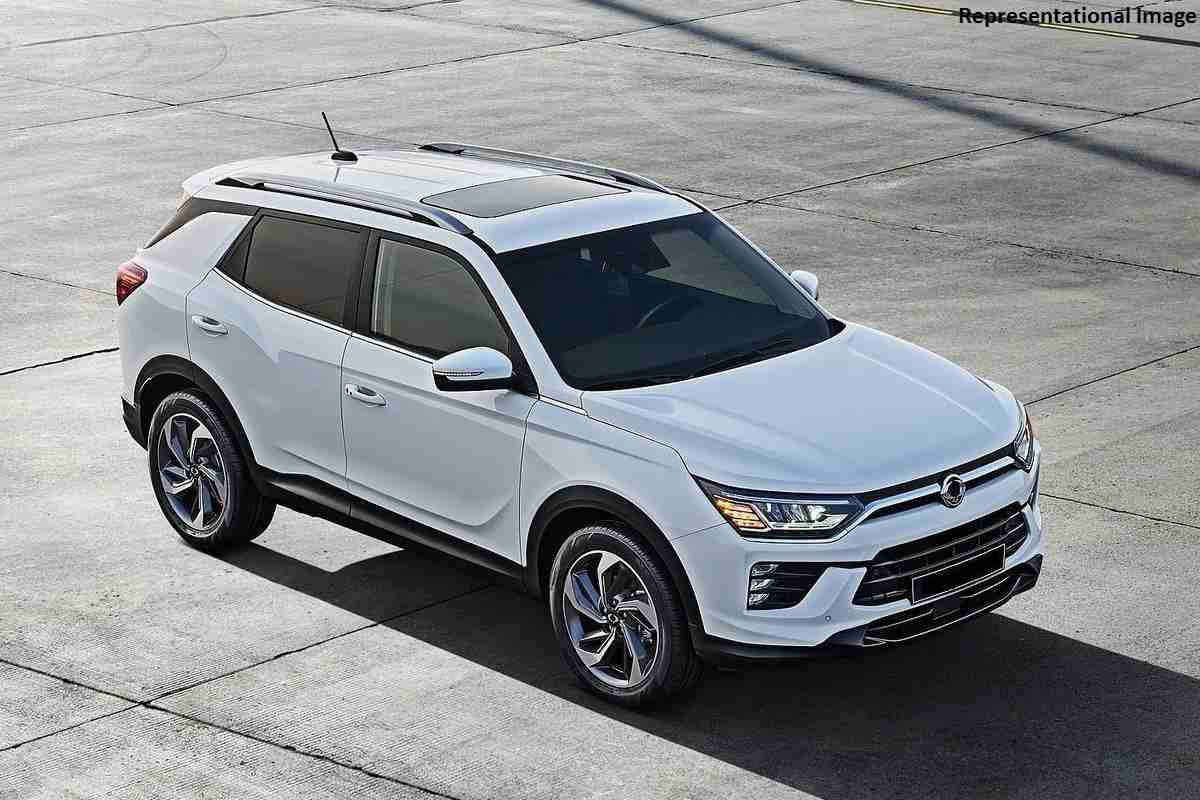 Mahindra & Mahindra’s pavilion at the Auto Expo 2020 will surely be one of the exciting ones. The home-grown carmaker hasn’t yet confirmed its product lineup for the biennial event. Though, it’s likely to include a few future concepts, new-generation models, facelifts, BS6 vehicles and electric vehicles. Here, we have listed the top new Mahindra cars that might debut at the Auto Expo 2020.

The home-grown carmaker is working on an all-new SUV that’s rumoured to be named – Mahindra XUV400. Similar to the Harrier and Creta, the XUV400 might be offered with two seating layouts – 5-seats and 7-seats. It will be based on the upcoming Ford mid-size SUV platform. The carmaker might showcase the Mahindra XUV400 concept at the Auto Expo 2020. Speculations are on rife that the new Mahindra SUV might share its engine with the Marazzo – i.e. 120bhp, 1.5L diesel. It might also be offered with a 1.2L or a 1.5L petrol engine.

The new-generation Scorpio might also be among the new Mahindra cars at Auto Expo 2020. The SUV’s all-new model will be based on an all-new platform that will also underpin the new Thar. The 2020 Mahindra Scorpio will witness comprehensive design changes and feature upgrades. The SUV might also grow in size. Under the hood, the new Scorpio will house a new BS6-compliant 2.0L, 4-cylinder diesel engine that will deliver power around 160bhp and 400Nm of torque. It can be had either with a manual or an automatic gearbox. Rumour has it the 2020 Mahindra Scorpio might also get a petrol engine.

The 2020 Mahindra Thar will also be showcased alongside the new Scorpio at the Auto Expo 2020. In terms of design, features and safety, the new model will surely be better than the existing one. As mentioned above, the new Thar will be designed on an all-new platform making it more robust and improve its driving dynamics. Compared to the current generation, the 2020 Mahindra Thar will be more powerful with a new BS6-compliant 2.0L diesel engine. The oil burner, paired to a 6-speed gearbox, will deliver power close to 140PS.

2020 Mahindra XUV500 might also be put on display at this year’s Auto Expo. The SUV will witness significant design changes making it look more evolved and refreshing. Interior will also be revised with several new comfort goodies and safety fitments. At the engine front, the 2020 Mahindra XUV500 will feature an all-new 2.0L diesel motor pushing out a maximum power of 185bhp. If reports are to be believed, the SUV might also be offered with a 2.0L turbocharged petrol engine benefited with direct injection technology. There will be two gearboxes on offer – a 6-speed manual and an automatic.

Mahindra & Mahindra has confirmed that it will unveil the electric iteration of the KUV100 mini SUV at the Auto Expo 2020. To be priced below Rs 9 lakh (ex-showroom), the Mahindra eKUV100 will be the most affordable electric vehicle in the country. Its engine setup will include a 15.9kWh lithium-ion battery and a 40kW electric motor generating power worth 53bhp with 120Nm of torque. Delivering power to the front wheels will be a single-speed gearbox. The electric mini SUV is claimed to deliver a range of 120km on a full charge. It’s likely to come with both standard power socket charging and fast charging.

Mahindra XUV300 electric SUV will make its debut at the Auto Expo 2020. It will be made available in two variants – standard and long-range version – delivering a range of 300km and up to 200km respectively. The latter one is likely to come with a 40kWh battery pack coupled to an electric motor that’s good for 130bhp. The lithium-ion battery pack will be co-developed by Mahindra and Korean battery manufacturer – LG Chem.