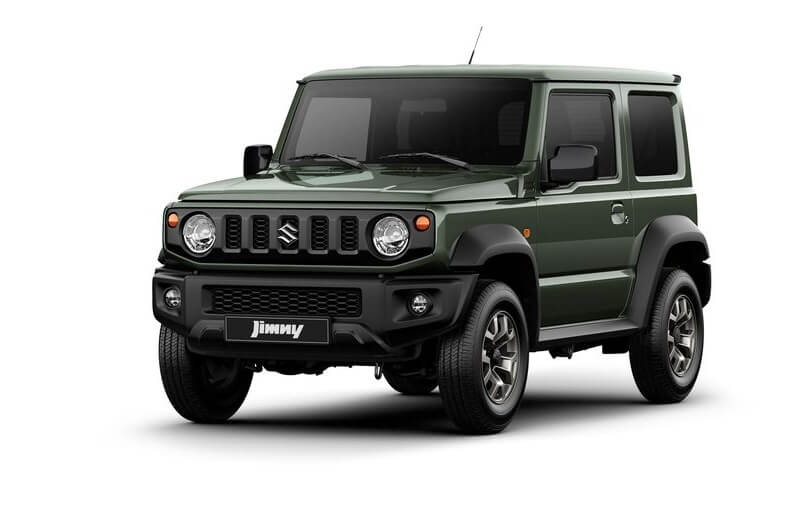 The official pictures of the long-awaited new-generation Suzuki Jimny has been released by the automaker. The fourth-generation Jimny is scheduled to be launched in the domestic market later this year, followed by international launch. The new model continues to feature the same old-school like styling. It looks like a mini Mercedes G-Class, featuring retro-styled design elements like round-shaped headlamps, squared-off wheel arches, boxy design and flat roof. Here we bring you 5 interesting facts about the new Suzuki Jimny – 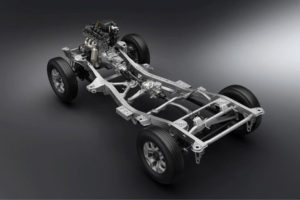 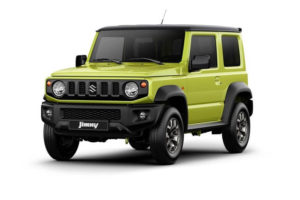 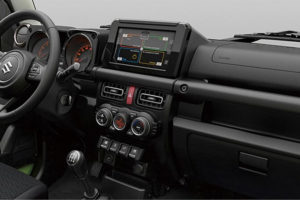 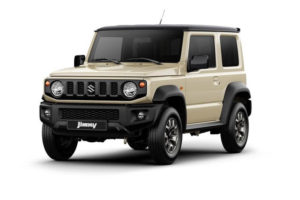 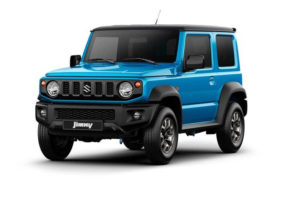 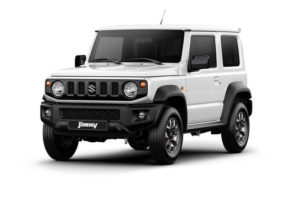 The new-generation Jimny is based on the existing ladder frame chassis. Though, the platform has been modified for better steering feedback and rigidity. The SUV features 3-link rigid axle suspension along with part time four-wheel-drive layout. Suzuki claims tha the new Jimny has been developed using the feedback from existing Jimny owners, who likes its off-road abilities and robustness higher than on-road performance.

Suzuki hasn’t revealed the engine details about the new Jimny. However, local media claims and leaked brochures reveal that the new model will come with 3 engine options. The JDM spec model will get the 660cc RA06 3-cylinder turbocharged petrol engine producing 64PS and 95Nm. Other engine options will include a 1.0-litre 3-cylinder Boosterjet petrol and the naturally aspirated 1.2-litre engine. Also See – Upcoming Maruti Suzuki Cars In India

Suzuki won’t launch the diesel version of the Jimny SUV. In fact, the new Jimny will only be made available with petrol options globally.

Major improvement is visible inside the cabin. It comes with an all-new interior, which seems identical to the new-generation Swift. The cabin is now equipped with modern features like touchscreen infotainment system with Android Auto and Apple CarPlay, automatic climate control and others. The dashboard design is simple and control buttons are pretty simple and easy to use. Also See – Maruti Suzuki Grand Vitara India Launch Details

The company will initially launch the 3-door version of the Jimny SUV. However, a five-door model could also come in near future. Like the current Gypsy, the new-generation 5-door Jimny could be launched in India as a new-generation Gypsy. The new model will come as a life-style product and is likely to be produced at Suzuki’s Gujarat based plant.