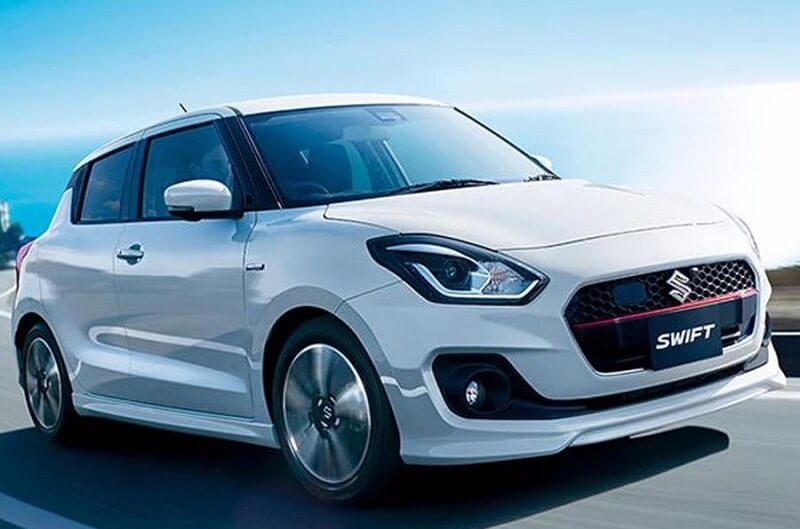 Maruti Swift RS will be powered by a 100.5bhp, 1.0-litre Boosterjet petrol engine paired to a 5-speed manual gearbox,

Maruti Suzuki, India’s largest carmaker will soon launch the long-awaited new generation Swift hatchback in the country. Dealers have started taking pre-orders for the B-segment hatchback, while deliveries are being promised from February end and early March. This model was spied during a TVC shoot in the country. If reports are to be believed, MSI will also launch the RS variant of the new Swift. In fact, the new Maruti Swift RS has been spotted for the first time. Similar to the Baleno RS, Swift RS will be sold as a performance derivative of the regular model.

This sporty version of the hatchback looks largely identical to the new Swift, except for the new aggressive elements. It will be powered by a 1.0-litre Boosterjet petrol engine that also powers the Baleno RS. The new Swift RS is expected to be unveiled at the 2018 Delhi Auto Expo, where Maruti is likely to announce the prices of the new Swift.

Maruti will showcase the sportier version of the Swift hatchback at the 2018 Delhi Auto Expo. We believe that the Swift RS could be launched in the market in the first half of 2018.

Similar to the Baleno RS, the new Swift RS could cost around Rs 1 lakh more than the top-end Swift 1.2-litre petrol variant. We believe that the new model could be priced around Rs 7.5 lakh.

The Swift RS will share design cues from the regular Swift hatchback; however, MSIL will make subtle design upgrades to give a slightly different look. The vehicle will come equipped with aggressive styling elements. The front fascia of the car looks aggressive, thanks to big mesh grille, a sportier bumper and a red stripe that runs across the grille. The grille will be flanked by newly developed projector headlamps with LED daytime running lights. Like the front, the rear profile of the Swift RS comes with sportier elements like aggressive bumper with new LED tail-lights. The side profile of the car will get new alloy wheel design and side skirts.

The new model will be equipped with several high-end features like tyre pressure monitoring system, radar-based brake support, side airbags and disc brakes at front axles. It is expected to have a shorter wheelbase for more stability on high-speeds. Adding to it, the new Maruti Swift RS will be heavier than the regular model. 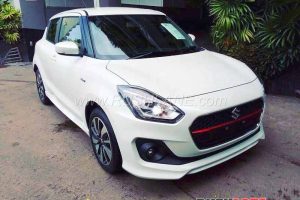 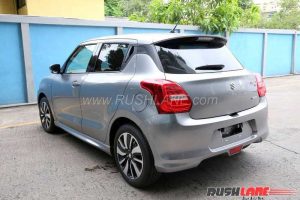 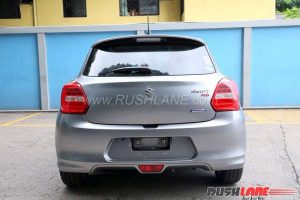 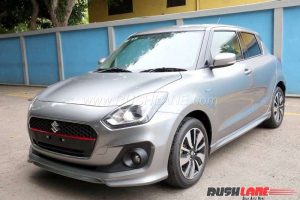 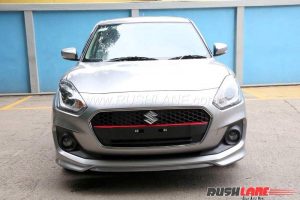 Changes to the cabin are largely limited to subtle tweaks and added equipment. For a sportier feel, Maruti will add new upholstery for seats and new steering wheel. Adding to it, the hatchback could get a new instrument panel that offers sporty look. It will get the SmartPlay infotainment system with Bluetooth, Apple CarPlay, Android Auto and Navigation. Other features on offer will include a rear parking camera and sensors, engine start-stop button, climate control, etc. Also See – New Maruti Swift Explained In Images

The Swift RS will be the second Maruti product in India to feature Suzuki’s new global 1.0-litre Boosterjet petrol engine. This three-cylinder, turbocharged petrol motor is claimed to offer higher displacement with high torques at low revs. The turbocharged engine is boosted with direct injection system that enhances control of fuel injection directly into the combustion chamber. This returns higher fuel efficiency and lesser emission. This turbocharged engine is capable of producing a maximum power output of 100.5bhp at 5,500rpm and a peak torque of 150Nm between 1,700rpm – 4,500rpm. Power will be transmitted to the front wheels via a 5-speed manual gearbox.

In the Baleno RS, this turbocharged engine delivers a fuel economy of 21.1kmpl. Expect similar numbers for the Swift RS as well.

The new Swift RS is expected to get dual-front airbags along with front side airbags. It will be equipped with ABS (Anti-Lock Braking System) with EBD (Electronic BrakeForce Distribution) and Brake assist as standard. Besides, the hatchback also gets tyre pressure monitoring system, radar-based brake support and disc brakes at front axles.