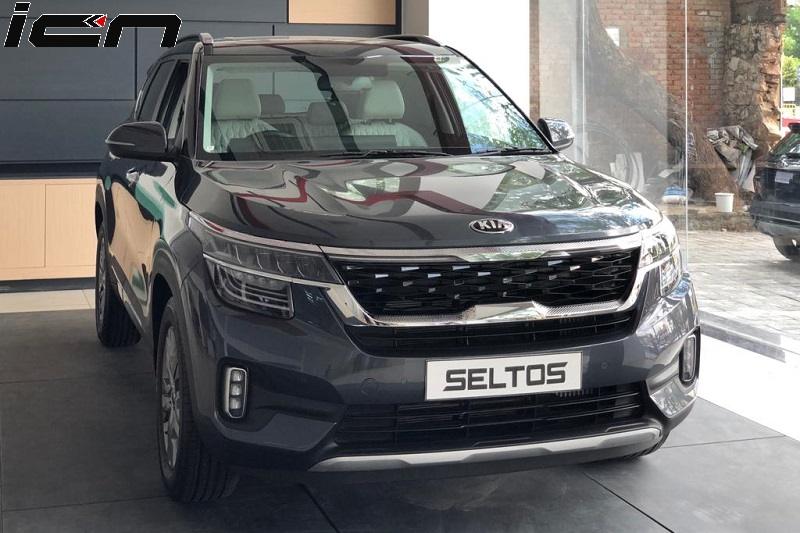 The newly-launched Kia Seltos compact SUV has received over 50,000 bookings in India. The Korean carmaker officially started accepting bookings for the vehicle on 16th July, 2019, and these numbers have been achieved in just 48 days.

Since its arrival in the market, the Seltos has been leading the segment by outselling all its rivals including the Hyundai Creta.

In August 2019, the carmaker managed to sell 6200 units of the Seltos and it increased to 7500 units in month of September. Currently, the compact SUV commands waiting period between 6 to 8 weeks.

In order to meet the increasing demand, the camraker is ramping up its production at its Anantapur facility. Read – 5 Upcoming Kia Seltos Rivals In India

The Kia Seltos SUV lineup is available in a total of 16 variants with two petrol and one diesel Smartstream powertrain options. Read – Kia Seltos Vs Hyundai Creta

The 1.4-litre GDI turbo petrol motor churns out a maximum power of 138bhp against 242Nm of peak torque. It can be had either with a 6-speed manual or a 7-speed automatic transmission options.

The Kia Seltos diesel gets a 1.5-litre VGT engine pushing out a peak power of 113bhp and 250Nm of torque. It has been matched with a 6-speed manual and a 6-speed torque converter automatic transmission.