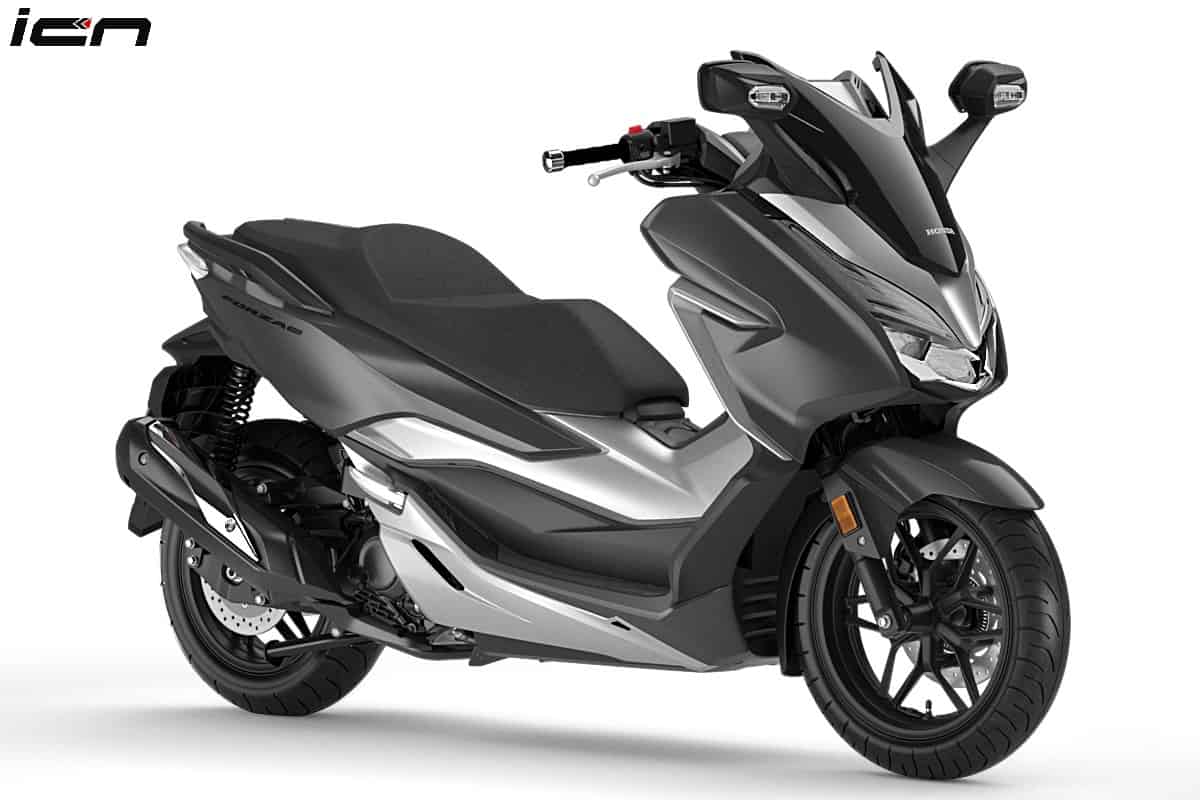 Honda 2Wheelers recently delivered four units of its flagship scooter – Forza 300 – in Gurugram. The delivered models were customer feedback units with BS4-compliant engine. The company has confirmed that the Honda Forza 300 maxi scooter will be officially launched in the country in fiscal year 2021. Here’re 5 interesting facts about the upcoming Honda 300cc scooter.

The Honda Forza 300 will be more powerful than the 22Kymco X-Twon 300i that makes a top power of 24.4PS. This will also make it the most powerful maxi scooter in the country. Honda’s new 300cc scooter sources its power from a 279cc, four-valve, liquid-cooled engine generating power worth 25.1PS and a maximum torque of 27.2Nm. In India, the company will bring in the BS6-compliant version of the existing motor. Sending power to the rear wheel via a belt drive is V-Matic automatic gearbox.

Honda claims that its 300cc maxi scooter offers a fuel economy of 31kmpl. With a fuel tank capacity of 11.5-litres, the Forza promises a range of around 350km. Based on the tubular steel frame, the scooter measures 2142mm in length, 754mm in width, and 1471mm in height. It has wheelbase of 1510mm and offers a seat height of 780mm. The ground clearance of the Honda Forza stands at 144mm. Read – Honda To Launch Royal Enfield Rival In India

The Honda Forza 300 is one of the most feature loaded maxi scooters. It has all LED lighting with purpose fitments such as 12V charging socket, Honda Smart Key and a lockable storage compartment. There is a semi-digital instrument console that shows instantaneous fuel efficiency, average fuel efficiency, odometer, range, tripmeter and ambient temperature. The scooter looks sporty with design bits such as twin headlamps, a wide step-up style single seat and more.

The new Honda 300cc scooter is likely to come as CKD (Completely Knocked Down) unit. Prices of the maxi scooter might fall in the range of Rs 2.5 lakh – Rs 2.8 lak (ex-showroom). If launched at this price point, it will become the most expensive scooter in the country. The Forza 300 will be sold via the premium Big Wing showrooms across the nation.