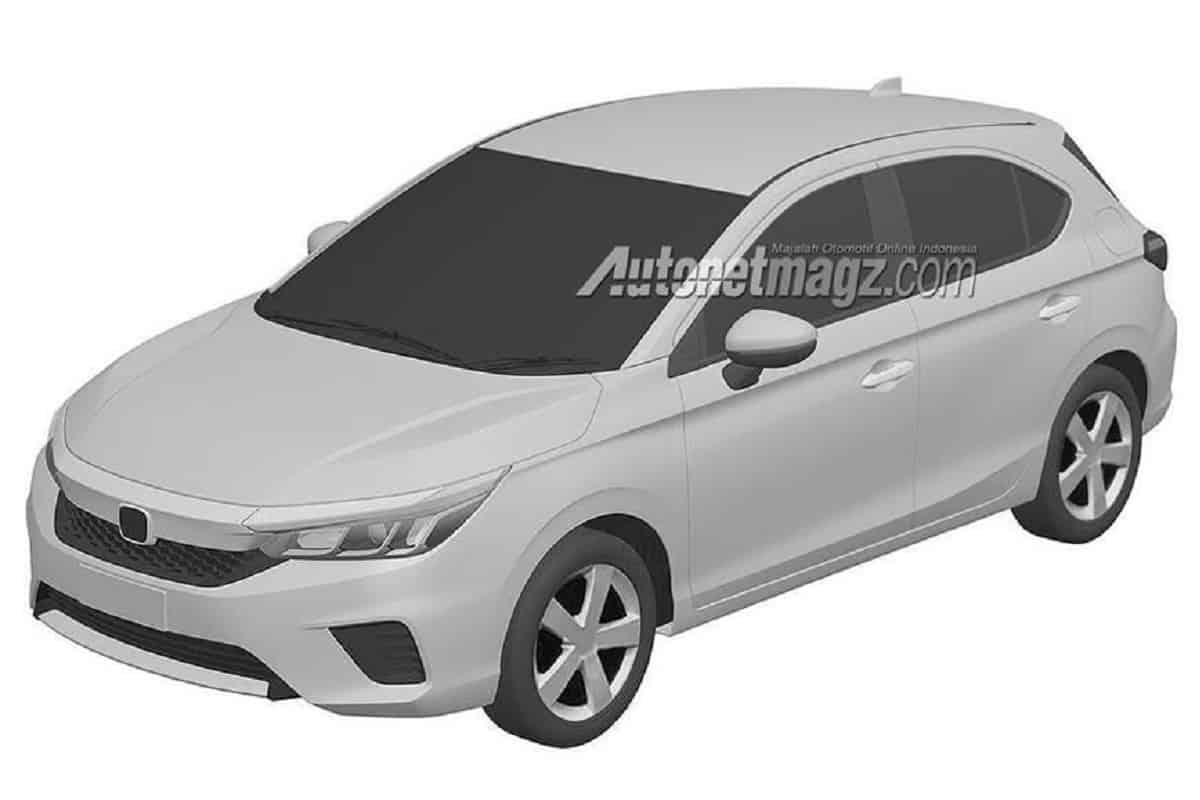 The patent images of the new Honda City hatchback have surfaced online. For people not in the know, the Japanese carmaker sells City hatchback as Honda Genia in the Chinese market since 2016.

The hatchback’s new model will be based on the fifth-generation Honda City sedan that’s scheduled to go on sale next month. As of now, the carmaker has no plan to bring in the City hatch in the Indian market.

In terms of design and styling, the Honda City hatchback looks similar to the new City sedan up to C-pillar. At the front end, you will notice wraparound headlamps and a large chrome insert. The pronounced wheel arches, roof design, side character lines, dual-tone ORVMs and a shark fin antenna give it a proper hatchback shape.Read – New Honda Compact SUV (EcoSport Rival) Debut in 2021

The rear profile shares resemblance to the Mercedes-Benz A-class hatchback, especially the wide horizontally positioned wraparound taillamps. It also sports a truncated boot design, rear bumper with subtle chrome assents and a rear spoiler. The hatchback’s interior will also be similar to the new City sedan.

In the Chinese market, the Honda City hatchback (Honda Genia) has been sold with a 1.5L petrol engine paired to a CVT automatic gearbox. The updated model is likely to come with a 1.0L turbocharged petrol engine or a 1.5L petrol unit with Honda’s e-HEV mild hybrid technology.