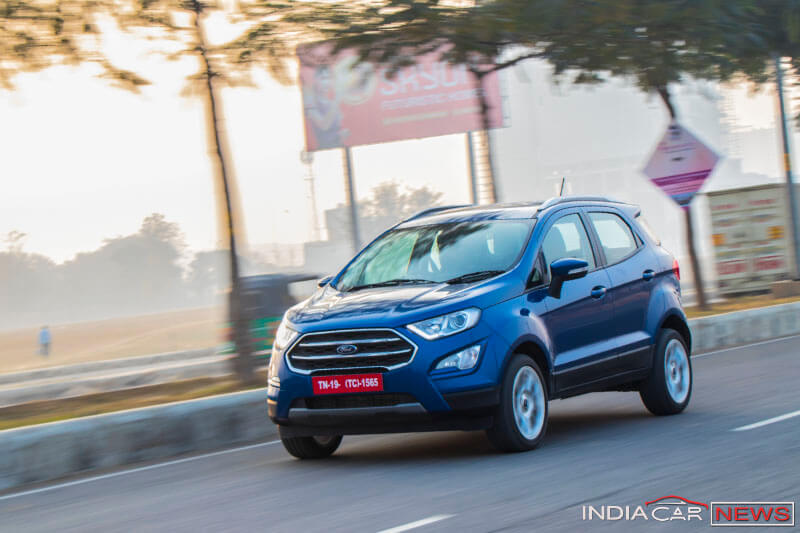 Ford India has proposed a price increase by up to 4 per cent that will be effective from January, 2018.

After Toyota and Tata announced a price hike across its range, Ford India has proposed a price increase by up to 4 per cent that will be effective from January, 2018. The American carmaker has quoted the raised input costs, frequent commodity price fluctuations and freight costs as the reasons for the price hike. Having said that, the company has tried to keep the hike minimum by bearing most of the impact.

Commenting on the decision, Vinay Raina, Executive Director – Marketing, Sales and Service, Ford India said, “The price increase is necessary due to several external factors, such as frequent fluctuations in commodity prices and rising input and freight costs. From an introductory price of Rs 7.31 lakh, Ford EcoSport is expected to see revision of up to Rs 30,000 across variants.” Check Out – Upcoming New Ford Cars in India

The price list of the entire Ford models will be revised from January, 2018. The recently-launched EcoSport facelift might also get pricier by up to Rs 30,000. Launched last month, the compact SUV has been made available with three engine options including a new petrol powertrain. Price of the petrol models start from Rs 7.31 lakh and go up to Rs 10.99 lakh. On the other hand, the diesel iterations come in the range of Rs 8.01 lakh to Rs 10.67 lakh (ex-showroom).

In November 2017, Ford India registered a total sales of 27,019 units (domestic + exports) against 21,004 units of previous year. The domestic wholesales increased to 7,777 units from 6,876 units compared to last year – all thanks to the new EcoSport.