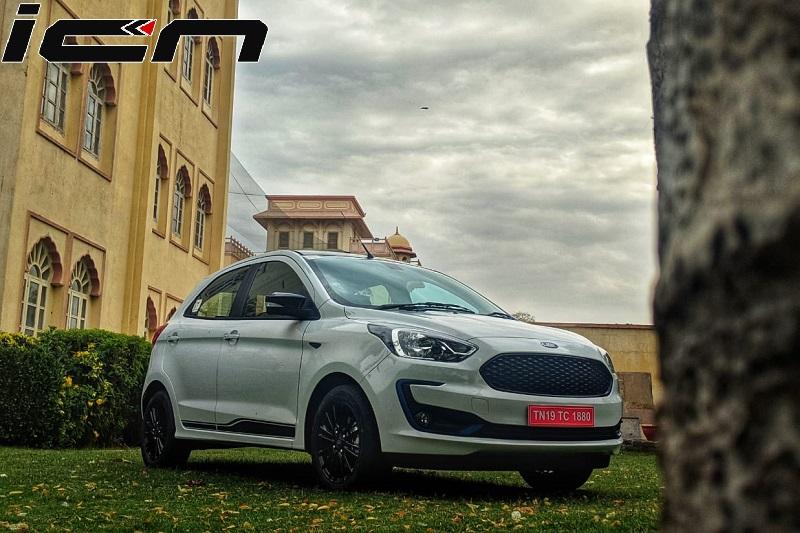 The American cammaker has rolled out the 2019 model of the Ford Figo hatchback in the country. Available in three trims – Ambiente, Titanium and Titanium Blu, the new Ford Figo 2019 facelift has been priced from Rs 5.15 lakh to Rs 8.09 lakh (ex-showroom, Delhi). The updated version of the hatchback has witnessed subtle cosmetic and feature updates including new headlamps, new Freestyle-inspired grille with chrome surround, revised dashboard, a 7-inch touchscreen SYNC 3 infotainment system Bluetooth connectivity and rain sensing wipers.

Major change, however, comes in the form of a 95bhp, 1.2-litre and 1.5-litre 3-cylinder Dragon series engines. The hatchback also continues to feature the 1.5-litre TDCi diesel engine with start/stop technology. Transmission choices include a newly developed 5-speed manual gearbox and a new 6-speed automatic gearbox. The 2019 Ford Figo facelift was first showcased as new Ford Ka+ for the European market last year. Just to jog your memory, the new-generation Figo hatchback was launched in September 2015, followed by its cross-hatch version Figo Freestyle in April 2018. 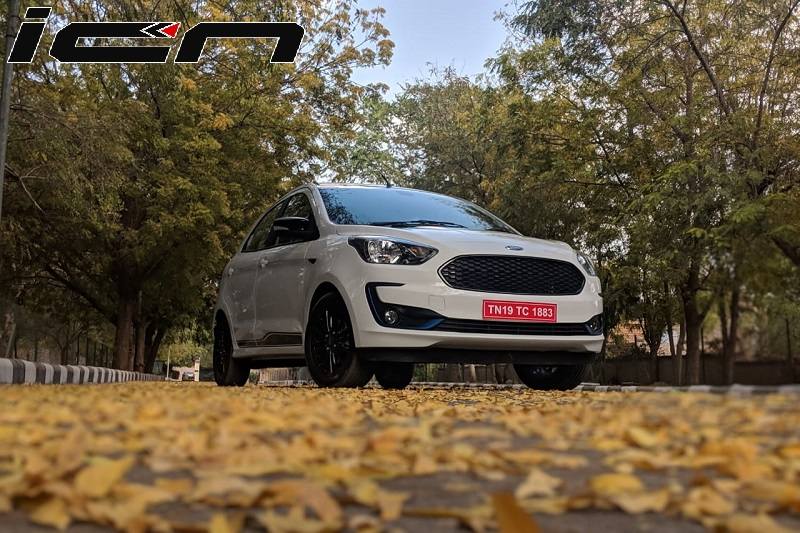 As mentioned above, the updated version of the new Figo hatchback receives minor design changes along with a host of new features. The facelifted version has ditched the old powertrains for the new, more powerful Dragon series engines. Besides, the carmaker has replaced the top-spec Titanium+ trim with the new Titanium Blu variant. All these upgrades make the 2019 Ford Figo slightly more expensive than the previous model. While the 2019 Ford Figo carline is available in the price range of Rs 5.15 lakh – Rs 8.09 lakh, the old version was priced from Rs 5.61 lakh to Rs 8.25 lakh. All prices are ex-showroom, Delhi. Check Out– 2019 Ford Endeavour Prices & Details 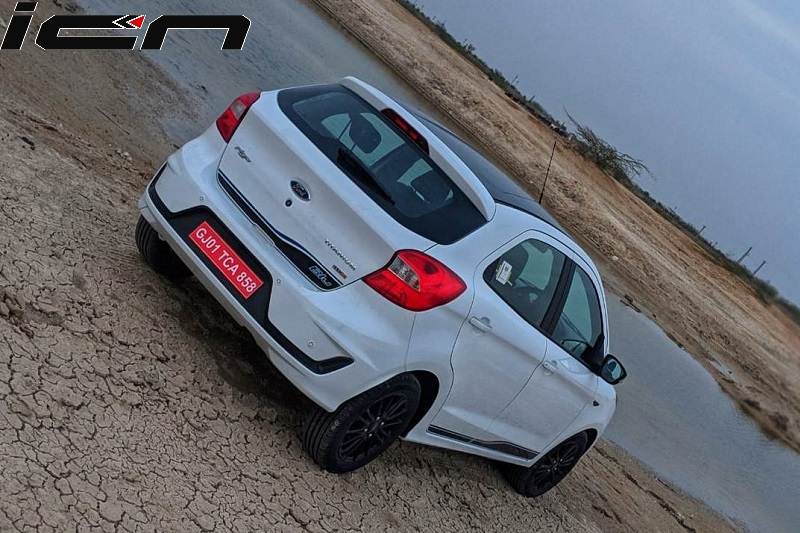 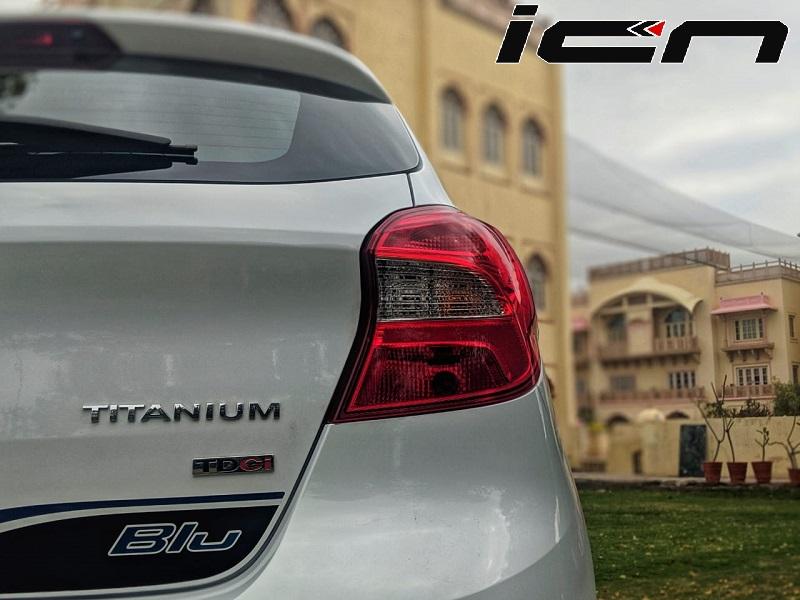 The 2019 Ford Figo carries the contours from the pre-facelift version. That said, the hatchback measures 3,941mm in length, 1,704mm in width and 1,525mm in height. The 2,490mm long wheelbase has also been retained. While the petrol variants offers a fuel tank capacity of 42-litres, the diesel models offers 40-litres. The kerb weight of the hatchback is between 1016kg -1078kg.

Similar to the exterior, the new Ford Figo 2019 receives minor changes inside the cabin. The most noticeable change is a 7.0-inch SYNC3 touchscreen infotainment system, which we have already seen on the updated EcoSport. This infotainment system is compatible to Bluetooth connectivity along with in-built navigation system. 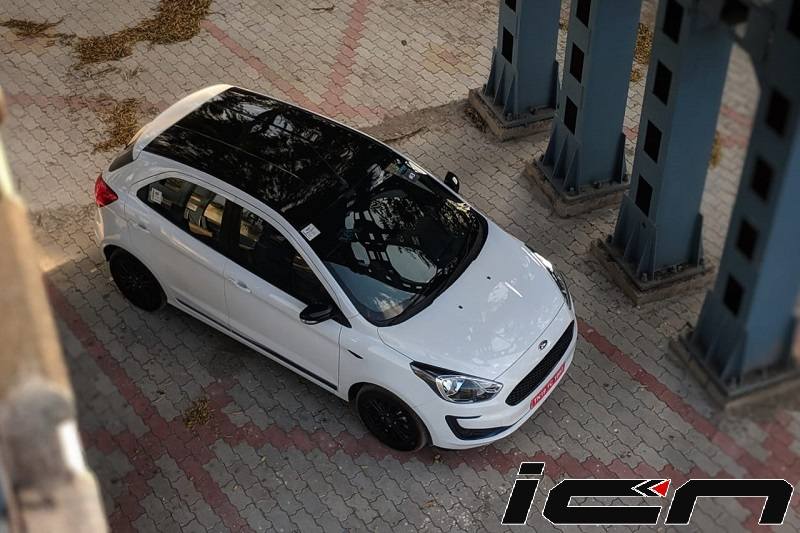 Comprehensive updates have been made under the skin. The 2019 Ford Figo facelift derives its power from a new 1.2-litre, three-cylinder Dragon engine that also does duty in the updated Aspire sedan. This naturally aspirated, all-aluminium motor churns out a class-leading power of 95bhp and a maximum torque of 115Nm. With these figures, it becomes more powerful than the Honda’s 1.2-litre i-VTEC engine that’s good for 90bhp. Transmitting power to the front wheel is an all-new 5-speed manual gearbox. Check Out – India’s Top 5 Best Modified Ford EcoSport

On the other hand, the new Figo also shares its 1.5-litre 3-cylinder Dragon petrol engine with the updated EcoSport. The gasoline unit makes a top power of 121bhp and a peak torque of 150Nm. Though, the hatchback has retained the old 1.5-litre TDCi diesel powertrain. The oil burner can develop a maximum power of 99bhp at 3,750rpm and 215Nm torque between 1,750 to 3000rpm. The carline continues to come with a 5-speed manual and a 6-speed automatic gearbox. 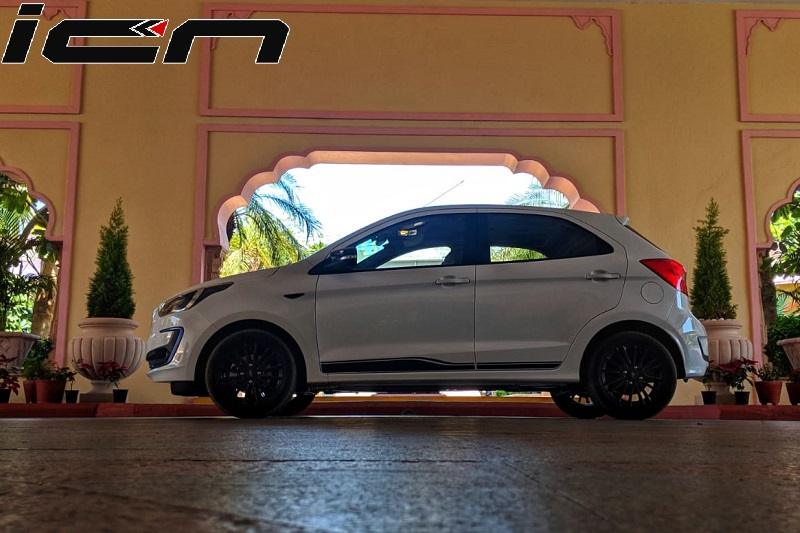 In the hatchback segment, the 2019 Ford Figo facelift continues to face challenge from cars like Maruti Swift, Hyundai Grand i10 and Honda Jazz.

The suspension mechanism of the 2019 Figo hatchback comprises of Independent McPherson strut with coil spring and anti-roll bar and semi-independent twist beam at the front and rear, respectively. For braking, the hatchback gets front ventilated disc and rear drum brakes along with ABS (Anti-Lock Braking System).