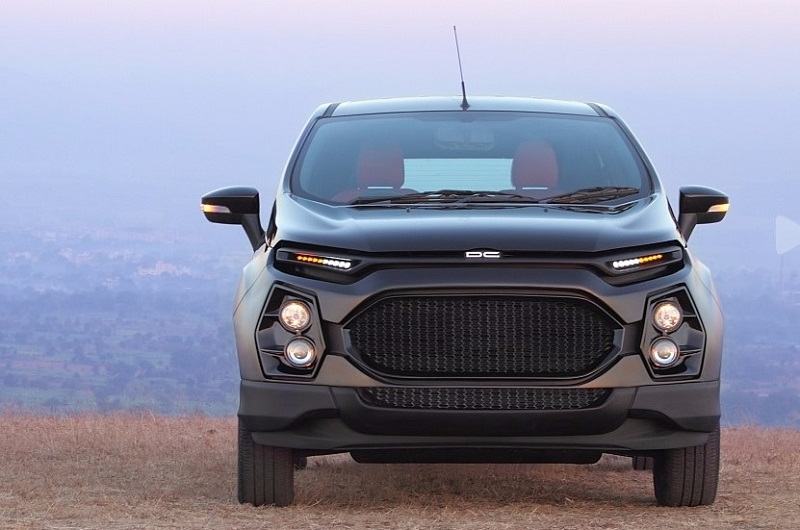 Check out these top 5 best modified Ford EcoSport examples that may give you some customization goals.

Being a pioneer gives an edge over others and that’s exactly what happened with EcoSport which was first launched in India in 2013. With new entrants jumping on the bandwagon, a facelift version is underway that could be rolled-out during this festive season. While changes on the upcoming facelift will remain subtle in terms of aesthetic updates, if you want to add new elements to your EcoSport for a jazzed-up look, check out these top 5 best modified Ford EcoSport examples that may give you some customization goals. You May Also Like – Top 5 Best Modified Maruti Vitara Brezzas in India

1. Painted in dark blue colour scheme with splashes of black around the bumper, pillars, roof and side skirts this mod Ford EcoSport is a diesel variant which gets a bold look with the additional elements.  The face vaguely resembles the DC modified EcoSport with the new gaping air-dam and aftermarket LED daytime running lights. Headlamp cluster has been positioned a tad low and it features projector units. On the sides, it comes with side skirts, foot board, black door handles and black wing mirrors. Besides, the it sits in the mag wheels that have been shod with 17-inch tyres. Image Courtesy – Motoroids 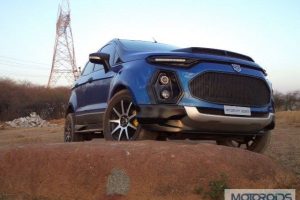 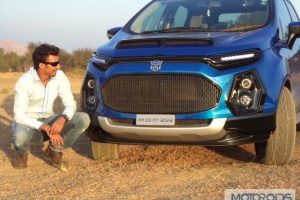 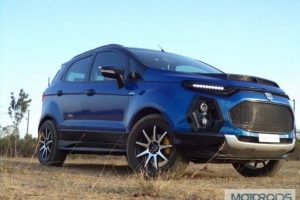 2. Modified by DC design, this custom Ford EcoSport gets bodywork, although the headlamps have been replaced with turn indicators and LED pilot lamps. That said, the headlamps have been moved to the lower bumper. Also, the chromed grille is now gone, instead it features a deep set single piece mesh grille. Sporting a light blue paint scheme, it gets aftermarket split spoke alloy wheels, black mesh inserts on the rear bumper along with silver inserts. Changes on the inside include blue shade on the dashboard and door panels. Even the wood finish inserts match with the exterior colour. Also Read – Top 5 Best Modified Budget Hatchbacks In India 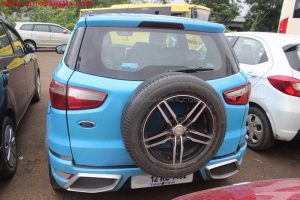 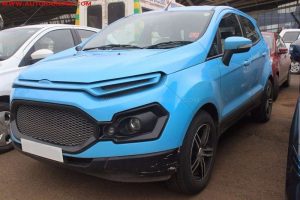 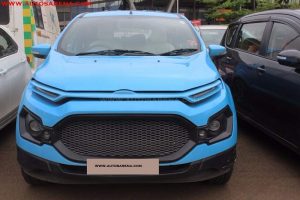 3. Modified by the Kerela based Evo Customz, this customized EcoSport gets copious changes to the exterior. The bright red paint on the outside looks vivid, unlike the other colour options on the stock EcoSport. Bumper too has been revised by the modifier and now gets a splitter with extra air vents. In addition to the above-mentioned changes, the SUV also gets side skirts and a new diffuser at the rear. The roof, outside rear view mirrors as well as alloy wheels have been finished in black. Also Read – Top 5 Best Modified Mahindra Scorpios In India 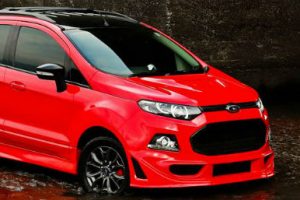 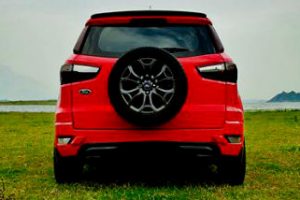 4. Sporting a bright yellow colour, this example of custom EcoSport has been modified by Kit up. Up front, it features angle eye projector headlamps. It also gets a mild body kit which majorly comprises of a new front bumper and side skirts for sportier look. Even the body cladding has been coloured in yellow, while the alloys are finished in black. It also gets minor changes inside the cabin like leather upholstery finished in dual tone yellow and black colour scheme. Also See – DC Design’s 10 Best Modified Cars 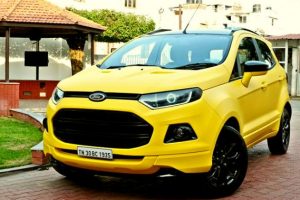 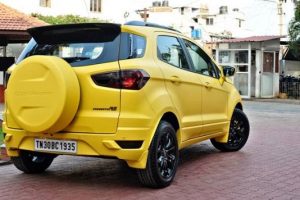 5. The last on the list is this rugged looking EcoSport wrapped in a black paint scheme. One of the prominent changes on this mod example is the Raptor styled grille and the massive Ford lettering. The original headlamps have been replaced with the aftermarket units. Moreover, the grille gets a red stripe which compliments the dark colour theme. The spruced-up cabin comes with the new infotainment features such as a new touchscreen system with new speakers and woofers. It additionally gets leather upholstery and yellow trims. 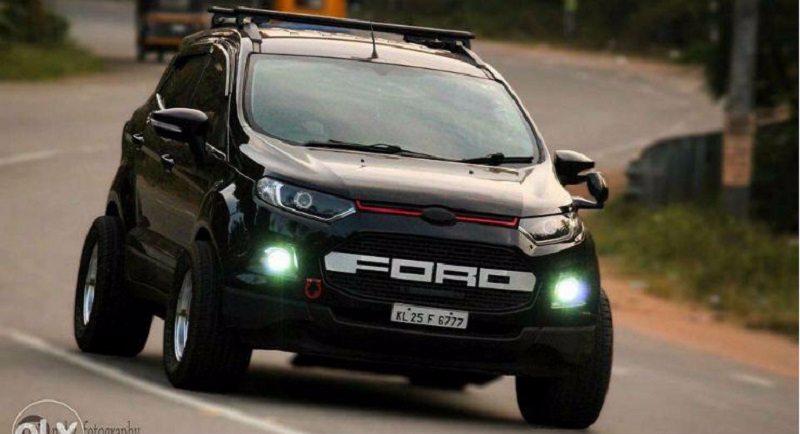