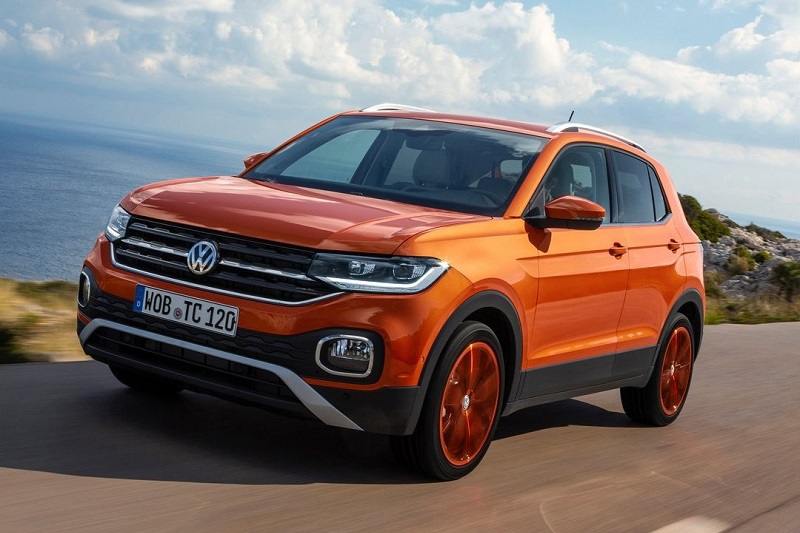 At the 2020 Auto Expo, we will witness some exciting unveilings from the German carmaker – Volkswagen. The company will showcase three all-new SUVs including the Volkswagen T-Roc, Volkswagen T-Cross and Volkswagen Tiguan AllSpace.

While the VW T-Roc will compete with Jeep Compass, MG Hector and the upcoming Skoda Karoq, the VW T-Cross will lock horns against the Hyundai Creta, Kia Seltos and Nissan Kicks. The Volkswagen Tiguan AllSpace, which is essentially the long-wheelbase version of the Tiguan, will take on Toyota Fortuner, Ford Endeavour and Mahindra Alturas.

Volkswagen T-Roc will come to India as a Completely Built Unit (CBU) under the government’s scheme that allows import 2,500 units per year without any local homologation process. Here, it will be made available with a 1.5L turbocharged TSI petrol engine only. A 7-speed DSG dual-clutch automatic transmission will be standard across the lineup.

Talking about the Volkswagen T-Cross, the compact SUV will be based on the MQB A0 IN platform and developed with high-level of localization. The India-spec model will have a longer wheelbase and more spacious cabin than the European version. Its engine setup might include a 1.5L, 4-cylinder EVO TSI and a 1.0L, 3-cylinder turbocharged unit.

Compared to its 5-seater version, the Volkswagen Tiguan AllSpace will be 226mm longer and have 110mm longer wheelbase. In India, it could be offered with a 2.0L engine that will be tuned for generating power output of 143bhp.