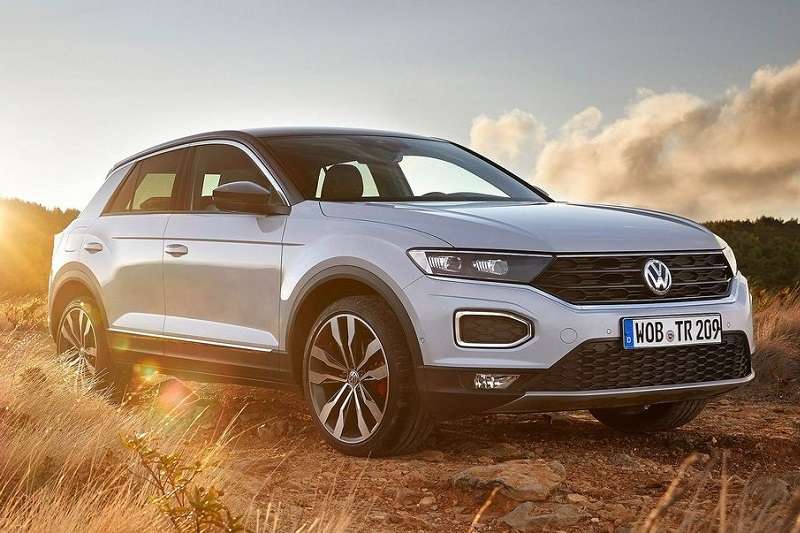 The new spy pictures of the Volkswagen T-Roc SUV have emerged on the web. The new compact SUV from the German carmaker is scheduled to launch at the 2020 Auto Expo. In India, it will take head-to-head against the Jeep Compass, MG Hector, Hyundai Tucson and the upcoming Skoda Karoq. Read – Volkswagen Plans to Launch 3 Locally Developed SUVs in India

The Volkswagen T-Roc will be imported to India via CBU (Completely Built Unit) route under the government’s new homologation rule that allows the car manufacturers to import 2,500 units annually without local homologation process.

The latest set of spy pictures show that the Volkswagen T-Roc will feature a sleek hexagonal grille, sporty bumper with a large mesh grille for the airdam, horizontal LED projector headlamps with bullet-shaped LED DRLs and horizontal fog lamps at the front end.

The side profile will be adored by pronounced wheel arches, underbody cladding and 5-spoke alloy wheels. At the back, it will have a beefy bumper with black cladding, a roof-mounted spoiler, silver skid plate, reflectors and horizontal LED taillamps.

As of now, the interior details of the India-spec version are scanty. The global model has an all-black interior with body-coloured bits on the centre panel, dashboard and door pads. The fabric seat upholstery with contrast stitching adds more to its premium look. The SUV also gets an 11.3-inch digital instrument screen and a secondary 8-inch touchscreen infotainment system with Android Auto and Apple CarPlay connectivity. Read – Volkswagen and Skoda to Unveil Future Cars at Auto Expo 2020

In India, the Volkswagen T-Roc SUV will be made available with a petrol engine only. It’s likely to get a 1.5L turbocharged TSI gasoline motor pushing out power worth 148bhp. For performing transmission duties, there will be a 7-speed dual-clutch automatic gearbox.