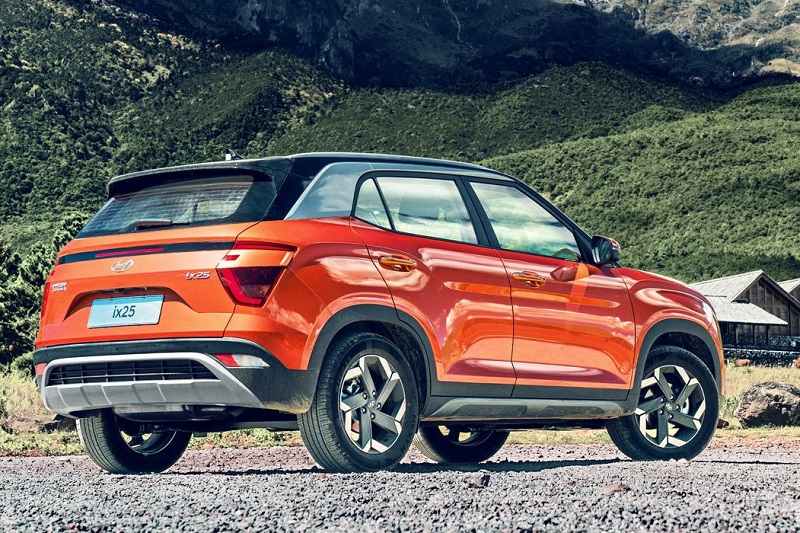 The South Korean carmaker, Hyundai has a handful of new products that will hit roads in coming years. We might see a couple of these at the 2020 Auto Expo. The lineup might include two new-generation models, a facelift and two all-new rumoured vehicles. Here, we have listed all the 5 upcoming new Hyundai cars.

Hyundai’s highly-popular hatchback – Elite i20 – is all set to enter into its new-generation early next year. The vehicle’s all-new model will make its debut at the 2020 Auto Expo, followed by its launch. The 2020 Hyundai Elite i20 might underpin an all-new platform and witness minor dimensional changes. The hatchback will receive significant aesthetic upgrades along with advanced Hyundai Blue Link connectivity solutions and features. It will also get new and more powerful 1.0L turbocharged petrol and 1.5L diesel engines with manual and DCT automatic gearbox options.

The new-generation Hyundai Creta will be one of the important products from the South Korean carmaker that will debut at the 2020 Auto Expo. While it’s official launch details are yet to be revealed, it’s likely to go on sale in the second half of 2020. Exterior and interior of the 2020 Hyundai Creta will be similar to the China-spec ix25. It will share its platform and engines with the Kia Seltos. Compared to the existing model, the new Creta will be lighter, longer, wider and shorter.

2020 Hyundai Verna recently made its global debut at the Chengdu Motor Show in China, followed by its launch. In India, the facelifted version of the sedan will be offered with the Venue’s 1.5L diesel engine and a new 1.5L petrol engine options. Transmission choices will include a 6-speed manual, a 6-speed torque convertor automatic and a CVT. The sedan might also come with hybrid powertrain. Features such as Hyundai’s BlueLink connected car application will also be carried over from the Hyundai Venue.

Rumour has it that the South Korean carmaker is working a mini SUV that could be showcased at the 2020 Auto Expo. Codenamed Hyundai AX, the micro SUV will be produced at the carmaker’s Gwangju-based plant in South Korea. Its production is reported to start in the second half of 2021. Once launched, the new Hyundai mini SUV will take on Maruti Suzuki S-Presso and upcoming Tata H2X concept based vehicle. It might share its platform and powertrains with the Hyundai Santro.

The South Korean carmaker might also preview an all-new MPV in its concept form at the 2020 Auto Expo. Its production-ready model is likely to hit showrooms sometime in 2021. The rumoured 7-seater MPV from Hyundai will be placed against the Mahindra Marazzo and the newly-launched Renault Triber. The carmaker might use the Venue’s advanced version of the K1 platform for the new MPV. Engine setup could also be borrowed from the Hyundai Venue that includes a 1.0L turbocharged petrol and a 1.4L diesel motor. It could also come with a 1.2L petrol engine.