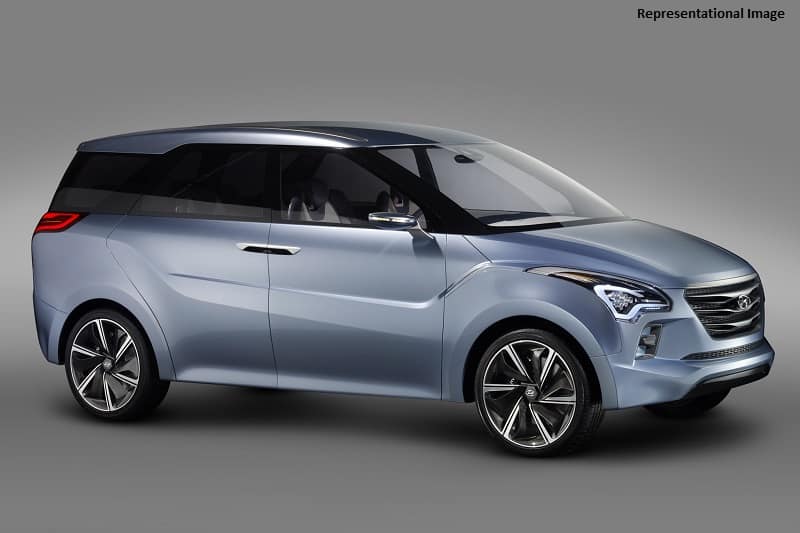 The South Korean carmaker recently introduced the new-generation Hyundai Grand i10 Nios hatchback in the country. Available in a total of 10 variants, the hatchback’s new model has received 5000 bookings so far. The company is also doing well in the subcompact SUV with the newly-launched Hyundai Venue.

According to a latest report, Hyundai is working on an all-new 7-seater MPV that will challenge the Maruti Suzuki Ertiga and Mahindra Marazzo. Its official launch might happen sometime in 2021.

The new Hyundai MPV could be based on the Venue’s advanced version of the K1 platform. This lightweight architecture meets the crash requirements in multiple markets. It will also be used for Hyundai’s upcoming sub-4 metre models and new Kia models. The MPV’s platform will also help the carmaker keep its manufacturing cost under control and achieve competitive pricing. Read – Hyundai to launch 2 New Cars and 2 Facelifts in Next 1 year

As of now, details of the upcoming Hyundai MPV are scanty. Though, it’s reported to share powertrains with the Venue subcompact SUV. That means, the MPV carline could be offered with a 1.0L turbocharged petrol and a 1.4L diesel engine options.

The carmaker might also offer the naturally-aspirated 1.2L petrol motor. Transmission choices will include a manual unit and a 7-speed DCT (dual-clutch transmission) automatic gearbox.

Talking about Hyundai’s future plan, the South Korean carmaker is ready to roll out the Elantra facelift next month (i.e. September, 2019). The new-generation Hyundai Elite i20 and Hyundai Creta will make their debut at the Delhi Auto Expo in February, 2020.