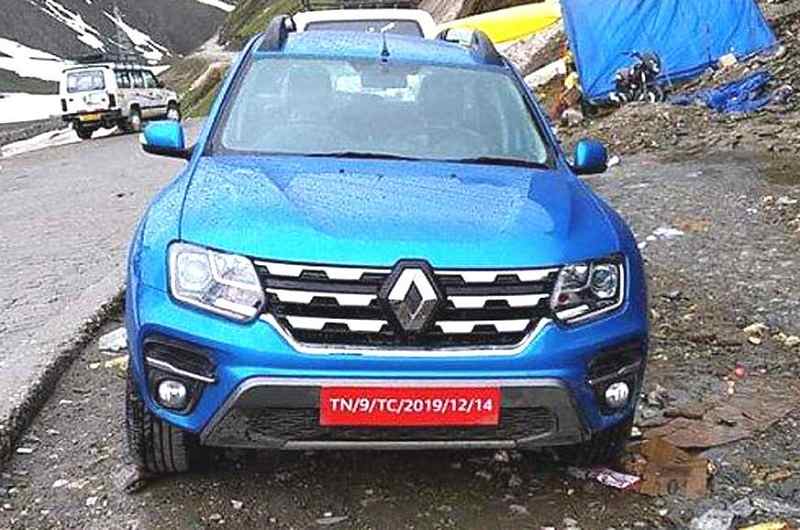 Renault India is all set to give a major makeover to its popular Duster SUV. The updated Duster has been spotted multiple times during its test rounds. This time, the 2019 Renault Duster facelift has been spotted in North India. The SUV is undergoing high altitude tests. The new spy images fully revealed the changes given to the exterior styling of the new Duster.

Renault is already selling the second-generation Duster in select international markets. However, India will receive the upgraded version of the existing Duster. The Renault Duster facelift will be updated to meet the upcoming pedestrian protection standards as well as BS6 emission norms. Also See – Renault to launch a sub-4 meter SUV in India 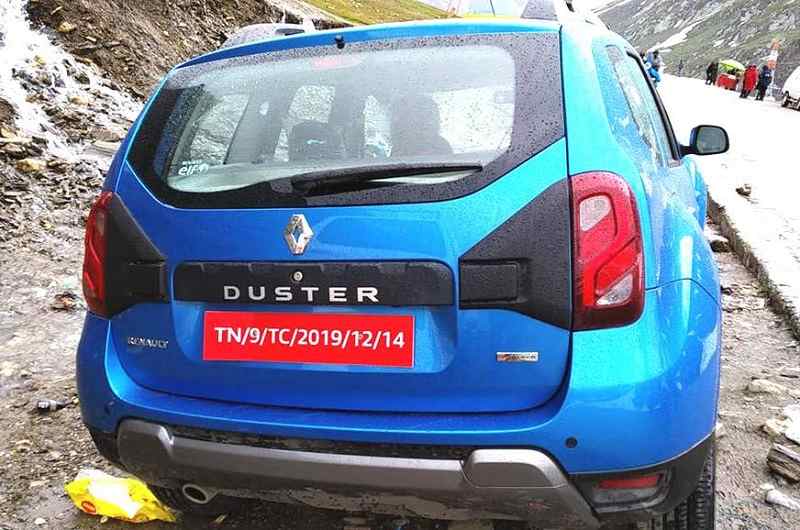 The 2019 Renault Duster profile looks largely similar to the existing model. However, it comes with changes to exterior design highlights. It comes with revised front end and a higher bonnet line that creates more space between the lid and the engine components underneath. The design tweaks have been made at the front end to meet the upcoming safety standards. Besides restyled bonnet, the Duster facelift comes with all-new grille, revised headlamps and a new front bumper. The headlamp unit now comes with LED daytime running lights and projector headlights.

The grille design is more prominent, thanks to the significant use of chrome. The grille styling is similar to the Renault SUVs on sale in foreign. It is expected that the upcoming Renault Triber will also receive the similarly designed grille. It is expected that the 2019 Renault Duster could receive a sunroof. Other design highlights include new roof rails, newly designed alloy wheels and new black plastic cladding on the tailgate. The cabin pictures are not available, but it is likely to receive new seat upholstery, new touchscreen infotainment system with Apple CarPlay and Android Auto, and other changes. Dual front airbags, ABS with EBD, speed alert, parking sensors and seat belt reminder will come as standard safety features. Also See – 2020 Renault Kwid spied for the first time

The 2019 Renault Duster is likely to use the BSVI compliant 1.5-litre K9K diesel engine, which will offer 108bhp of power. The company will discontinue the 85bhp version of the SUV. The Duster petrol version will also be upgraded to meet the BS6 emission norms. Transmission options are likely to include a 6-speed manual and an AMT for the diesel and a 5-speed manual and a CVT automatic for petrol.