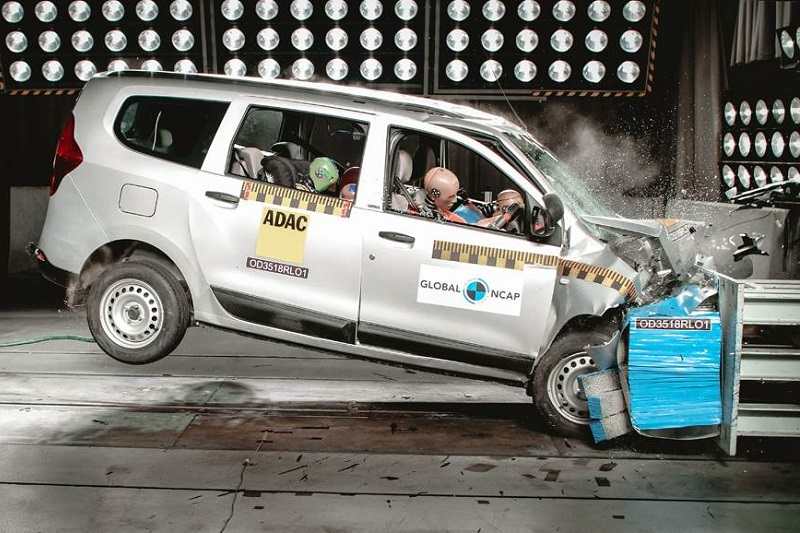 The subjected model was the entry-level variant that misses out on the very basic airbags protection.

The subjected model was the entry-level variant that misses out on the very basic airbags protection. The Global NCAP rated its body structure as unstable. In the driver-side crash test, the MPV provided ‘Poor’ protection especially for the head. On the contrary, the front passenger protection was rated as ‘Good’ due to the absence of an object. Read – Renault Kwid Facelift In The Works

Commenting on the Renault Lodgy’s crash test results, David Ward, Secretary-General, Global NCAP said, “The Renault Lodgy is disappointing, I can’t conceal that. Back 20-years-ago, Renault got a very good reputation under the leadership of Louis Schweitzer, who was then the CEO. (It) became the first manufacturer to get a whole string of five-star cars in Euro NCAP. Now, things are a bit different. I think this should be a wake-up call for Carlos Ghosn. I know he has a lot on his plate with running this big alliance with Mitsubishi and Nissan, but I think the days of Renault having zero-star cars, really, it’s an embarrassment. I have a very clear message for Renault, across the whole range, they should have standard airbags for the front passenger and driver. No ifs, no buts, just do it.”