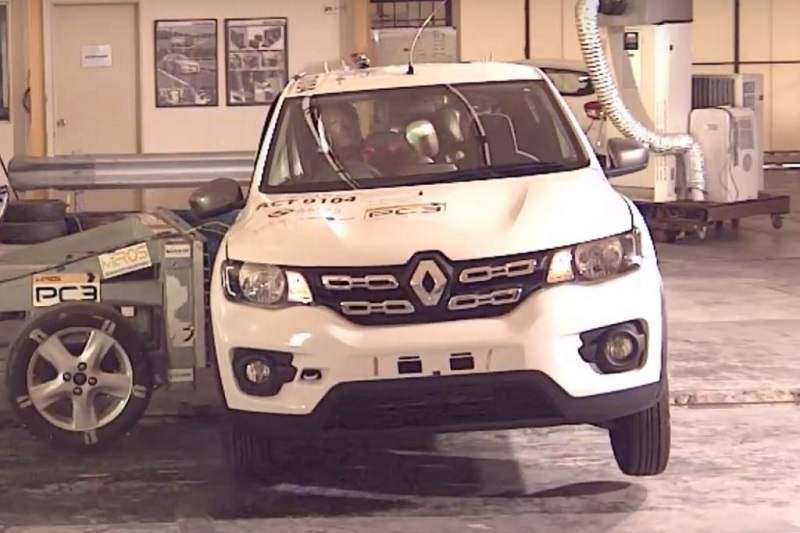 The tested model is retailed in Indonesia and comes equipped with a single airbag for the driver.

The tested model is retailed in Indonesia and comes equipped with a single airbag for the driver. The vehicle was devoid of ISOFIX child mount and Safety Assist Technologies. Therefore, it scored zero for SATs category. Check Out – Renault Kwid Based Compact SUV Might Look Like This!

Commenting on the result, ASEAN NCAP Secretary-General, Ir. Dr. Khairil Anwar Abu Kassim said: “What is more disappointing is that these cars are sold in countries that recorded one of the highest numbers of road fatalities; in which WHO published Thailand with 14,059 fatalities while Indonesia had 26,416 number of road fatalities”.

Global NCAP Secretary-General, Mr David Ward has also criticized Renault for its double standards and questioned on the brand’s decision of selling much safer version of the Kwid in Latin America than the South East Asia countries.

Well, it doesn’t come as a surprise as the Kwid had also failed to perform in Global NCAP crash tests in May, 2106. The hatchback scored zero star safety rating. Though, it managed to achieve 1.5 stars when retested in September, 2016.