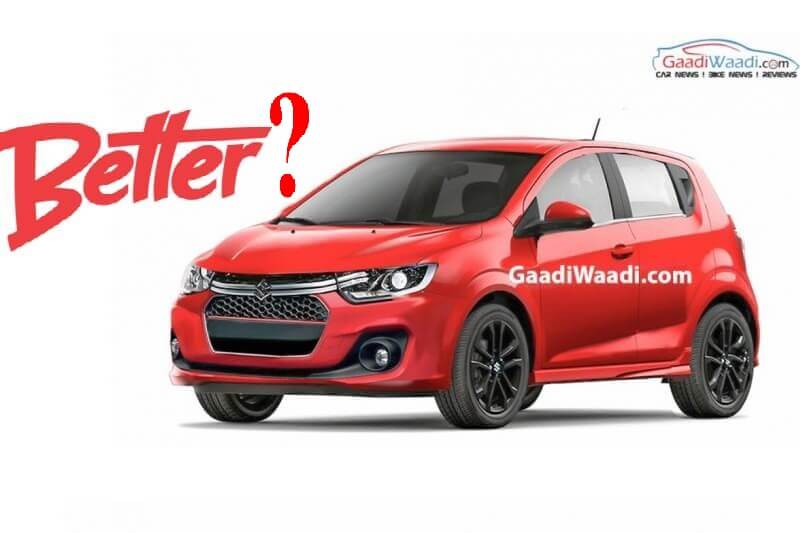 The rendering shows that the next-gen Celerio will feature a completely new front fascia.

Maruti Suzuki has a handful of new products for the Indian market. While the new-generation Ertiga MPV will be the next big launch from the Indo-Japanese stable, the company will bring in updated versions of its popular models in coming years. The carmaker will also give a generation to its top-selling hatchbacks – WagonR and Alto. The Maruti Suzuki Celerio that was first introduced in 2014, will also enter into its next-generation sometime next year.

While the launch of the new Maruti Celerio 2019 is a year away, a digital rendering of the hatchback has been surfaced on the web. The rendering shows that the updated version will feature a completely revised front fascia. It will get two-slat grille, revised headlamps, fog lamp assembly with black surround and black alloy wheels. Read – Maruti Baleno Facelift Launch Details Revealed

The report further suggests that the new Maruti Celerio 2019 will also see minor dimensional changes. The carmaker might offer an optional touchscreen infotainment system with Android Auto and Apple CarPlay connectivity. With this feature, the updated Celerio will take on the recently-launched Hyundai Santro.

Engine is likely to remain unchanged. It might get the same 1.0L K10B DOCH petrol motor that does duty on the current generation. The hatchback will come with both a 5-speed manual transmission and an optional 5-speed AMT gearbox. On the existing version, the gasoline unit delivers a peak power of 67bhp and 90Nm of torque.