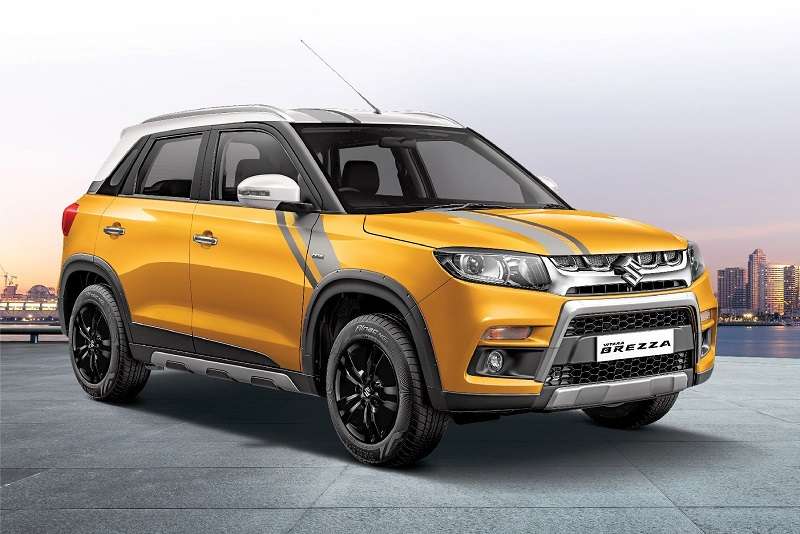 The existing Vitara Brezza owners can convert their SUV into a Sports Limited edition at an additional price of Rs 29,990.

Maruti Suzuki has introduced the new Sports Limited Edition of the country’s best selling SUV Vitara Brezza. The new Maruti Vitara Brezza Sports Limited edition comes with the unique accessory package, which is designed to offer sporty interiors and a bold design. The Brezza is facing the stiff competition from the likes of Tata Nexon, Ford EcoSport and Mahindra XUV300. With the entry of Hyundai Venue, the battle in the sub-4 meter SUV category has become fierce.

The existing Vitara Brezza owners can convert their SUV into a Sports Limited edition at an additional price of Rs 29,990. Customers can choose from a wide range of accessories including new seat covers, designer mats, body graphics, side cladding, front and rear garnish, leather steering cover, door sill-guard, wheel arch kit and neck cushion, among others. 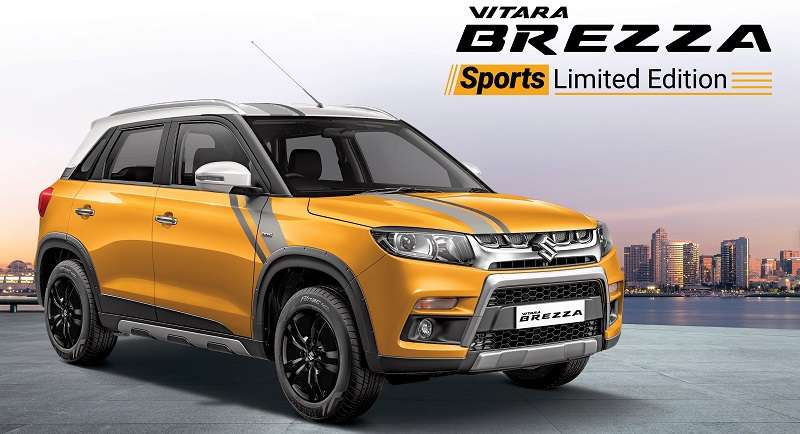 In the last fiscal year, Maruti Suzuki sold over 1,57,880 units of the Vitara Brezza. The SUV accounted for 44 per cent of the total market share in the sub-4 meter SUV category. Launched in March 2016, the Brezza is the fastest to reach 4 lakh sales milestone in just 35 months. Also See – Hyundai Venue Vs Maruti Vitara Brezza

The Maruti Vitara Brezza is currently available in the diesel version, which is powered by a 1.3-litre MJD unit. This engine is capable of producing 89bhp and 200Nm of torque. Transmission options include a 5-speed manual and an AMT gearbox. Maruti Suzuki has already announced that it will stop selling diesel cars in India post March 2020. 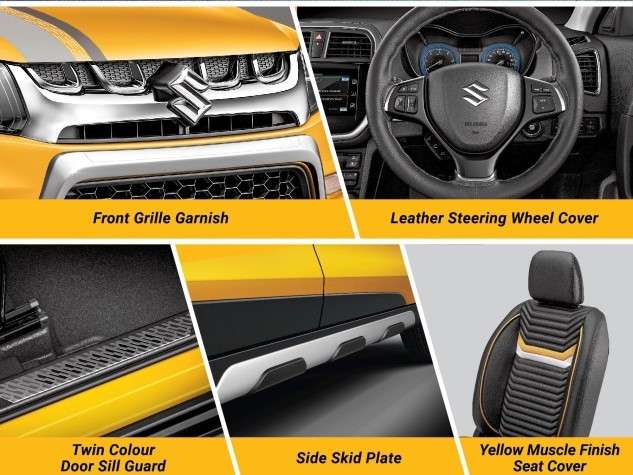 The company is readying the facelift version of the Vitara Brezza, which will also receive the petrol engine option. The SUV could receive the 1.2L DualJet petrol with SHVS technology or the 1.5-litre K15B naturally aspirated petrol engine. Both manual and automatic versions will be on offer. The Brezza facelift won’t be available in the diesel avatar.