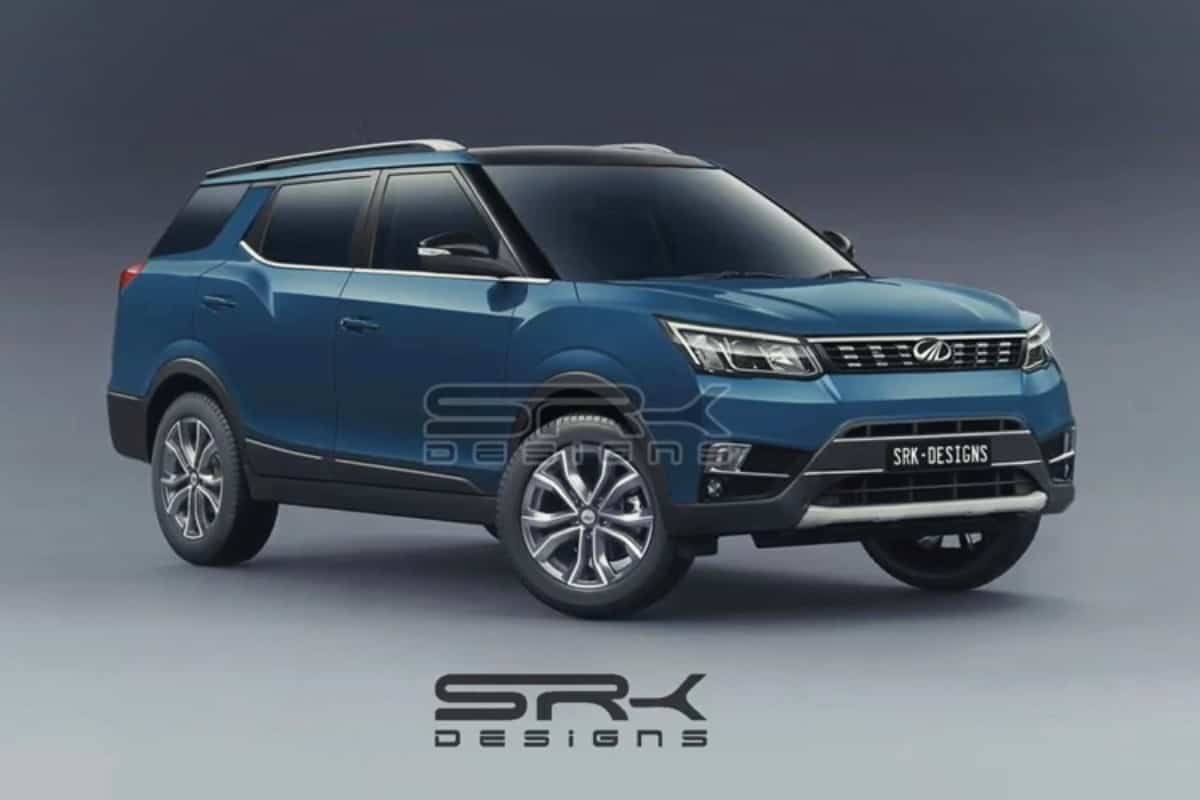 Mahindra & Mahindra has a handful of new models for the Indian market. The lineup will include multiple new-generation models, electric vehicles and models developed under Mahindra-Ford joint venture. The first model to roll out under the new JV could be a 7-seater SUV that’s codenamed S204. Rumours suggest that the carmaker’s new SUV could be named Mahindra XUV400, which will be essentially the 7-seater version of the XUV300 subcompact SUV.

A latest digital rendering gives us a fair idea what the Mahindra XUV400 (Mahindra XUV300 7-seater) might look like. In terms of proportions, the 7-seater SUV is longer than its donor sibling. It has third row of seats to accommodate more occupants. The design of the front bumper looks different. There are chrome inserts around the fog lamp assembly.

The SUV carries newly-designed air dam with skid plate. The blacked out ORVMs and roof along with a chrome strip on the bottom of the window line further enhance its sporty appearance. The Mahindra XUV400 has been equipped with newly-designed dual-tone diamond cut alloy wheels instead of the regular 5-spoke chrome finished alloys. Read: Mahindra XUV300 Wins Safer Choice Award; Beats Nexon

It would be too early to comment on its engine. Though, the reports suggest that the Mahindra XUV400 could be made available with a 115bhp, 1.2L, 4-cylinder turbo petrol and a 115bhp, 1.5L turbo diesel engine options.

At the 2020 Auto Expo, the carmaker showcased the electric iteration of the XUV300 subcompact SUV. Slated to hit showrooms early next year, the Mahindra XUV300 EV will be the brand’s first production model to be based on the new MESMA (Mahindra Electric Scalable Modular Architecture) platform.

The electric version of the XUV300 will be offered with two battery options – 40kWh and 60kWh. While the former will promise an electric range of over 370km, the latter will deliver over 450km. This means, the Mahindra XUV300 EV will offer higher range than its arch rival – Tata Nexon EV.