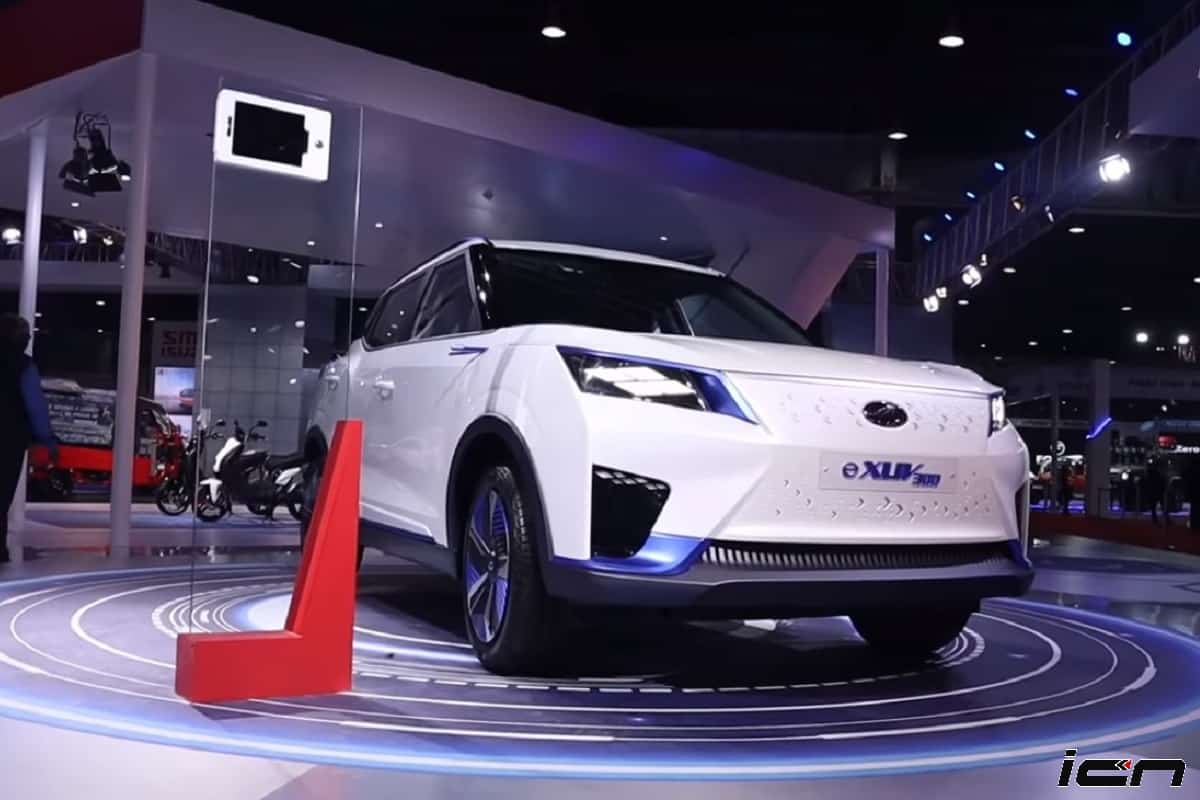 Mahindra XUV300 EV concept was recently unveiled at the Auto Expo 2020. The carmaker has confirmed that the electric iteration of the subcompact SUV will hit showrooms in late 2021.

Here, it will take head-to-head against the Tata Nexon EV. The XUV300 electric SUV will be the first production model based on the Made-in-India MESMA (Mahindra Electric Scalable Modular Architecture) platform.

The new modular architecture from Mahindra has a low-set lithium-ion battery pack into the floor that not only helps achieve a low centre of gravity, but creates maximum cabin space with a fully flat floor. The MESMA platform is compatible to multiple motor configurations allowing it to serve vehicles from different segments. Read: Mahindra XUV300 Beats Nexon; Gets Global NCAP’s ‘Safer Choice’ Award

The Mahindra XUV300 EV will come with two battery options – the standard 40kWh and the long-range 60kWh. The standard version will deliver electric range of over 370km. It will be around 300km in the real world conditions.

The longer-range model will promise a range over 450km. This means, the XUV300 electric will offer more electric range than its arch rival – Tata Nexon EV. The latter is powered by the in-house developed Ziptron technology that consists of a 129PS permanent magnet AC motor and a liquid-cooled 30.2kWh lithium-ion battery system. Read – Powerful Mahindra XUV300 Sportz Unveiled with 130bhp Engine

The Nexon electric SUV is claimed to deliver a range of over 312km. The battery cells for the Mahindra XUV300 electric have been especially developed for the Indian market by LG Chem, which is a Korea-based battery manufacturer.

Design of the Mahindra XUV300 is quite futuristic. The SUV carries new trapezoidal LED headlamps, new closed-off grille, LED fog lamps and alloys with blue wheel caps. The blue highlights on the roof rails, side profile and taillamps further distinguish it from the ICE (internal combustion engine) model.