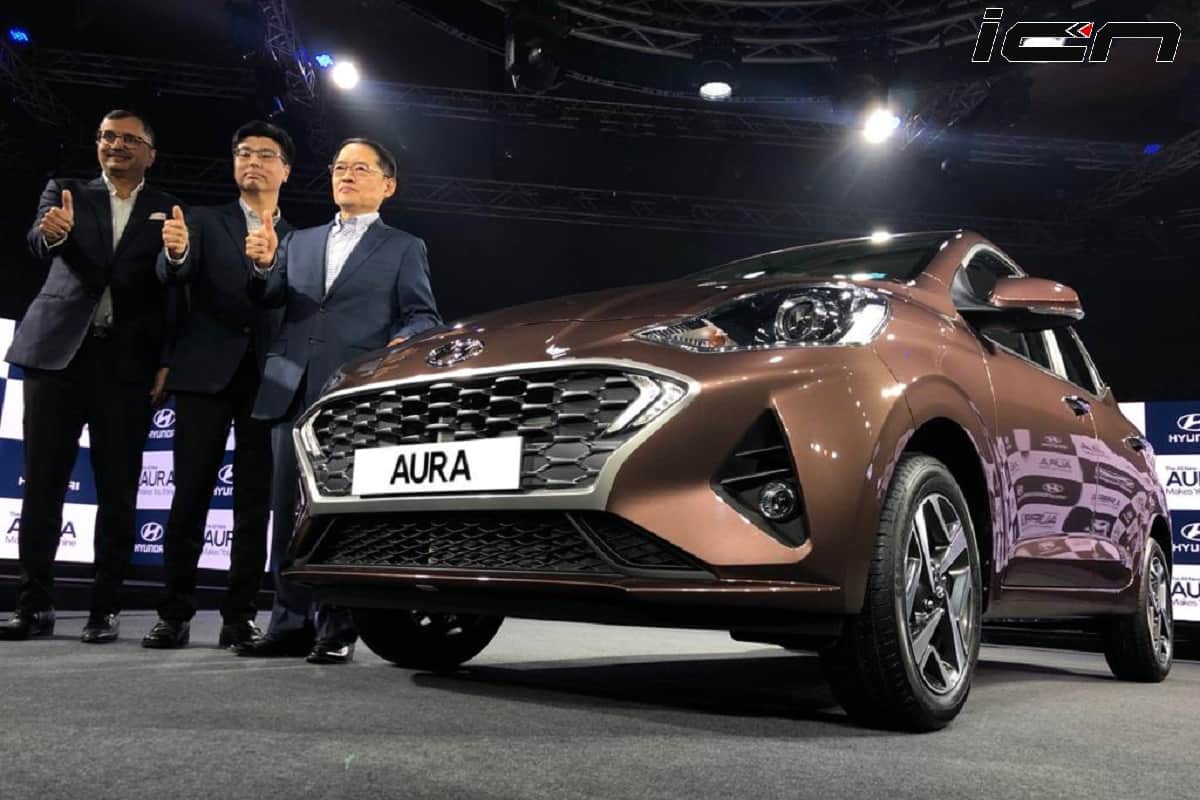 While the diesel version is priced in the range of Rs 7.73 lakh  – Rs 9.22 lakh, the petrol range starts from Rs 5.79 lakh and goes up to Rs 8.54 lakh. All the prices are ex-showroom, Delhi. The sedan directly rivals the segment-leader Maruti Dzire and Honda Amaze.

The Hyundai Aura is available with 3 BSVI compliant engines – a 1.2-litre Kappa Petrol, a 1.0-litre, 3-cylinder turbocharged petrol and a 1.2-litre diesel. The naturally aspirated petrol engine produces 81bhp of power and 113Nm of torque, while the oil burner is good for 74bhp and 190Nm of torque. The 1.2L petrol engine is also available in a CNG option with the power and torque figures at 72PS and 102Nm. Also See – Hyundai Aura Vs Honda Amaze

The BSVI 1.0-litre Turbo GDi petrol engine is the same engine that powers the Venue; however, Hyundai has de-tuned this engine to suit the needs of a sub-4 meter sedan. While powering the Aura, the turbo engine produces 99bhp of power and an impressive 172Nm of torque. Transmission options include a 5-speed manual and an AMT unit.

In terms of styling, the upcoming Hyundai Aura front design is similar to the Grand i10 Nios. It features satin grille, projector headlamps and twin Boomerang-shaped DRLs (Daytime Running Lights), sculpted bonnet and wider air-dam. Read – All-New Hyundai i20 To Launch in June 2020