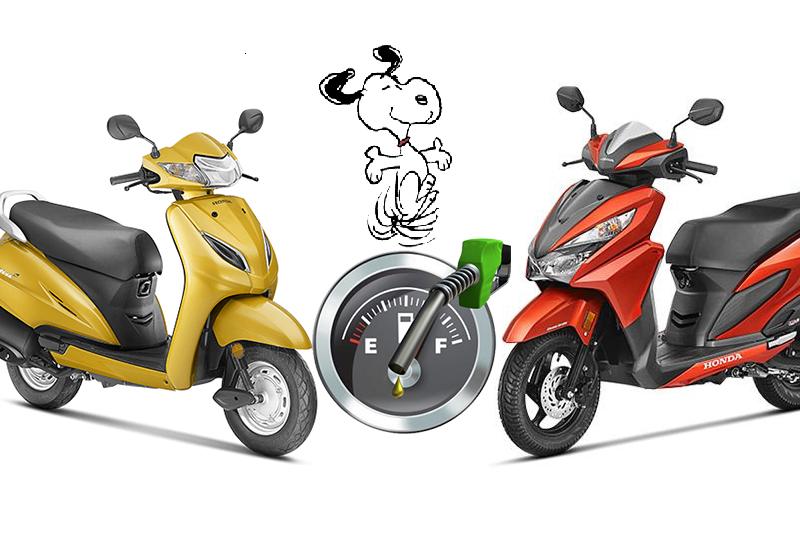 Honda Motorcycle and Scooter India (HMSI) has revealed that it’s working on an all-new engine platform that will meet the upcoming BSVI emission standards. The new powertrain will also help boost fuel efficiency of the vehicles up to 10 percent. Honda will introduce its new engine platform on its 110cc and 125cc scooters and motorcycles. The company also aims to expand its product lineup with a new 150cc scooter. Currently, the two-wheeler maker is selling Activa and Grazia in the 125cc scooter segment.

The new BSVI-compliant engine will be benefited with Honda’s Programmed Fuel Injection (PGM-FI) technology. This system constantly monitors and assesses engine, riding and atmospheric conditions and uses the data to control the amount of fuel injected into the motor. It also adjusts quantity of fuel delivery depending on factors like engine coolant temperature, intake-port pressure, atmospheric pressure and intake-air temperature. Read – Upcoming Honda Bikes & Scooters In India

The Japanese two-wheeler manufacturer says that will soon make a new announcement about its poorly performing Navi and Cliq scooters. The company aims to double its growth by the end of this year. It will also expand its business in the developing nations such as Bangladesh.

Recently, HMSI is reported to patent the Honda CB 150R ExMotion nanked sport bike for India. The Honda CB 150R ExMotion is the production version of the Honda 150SS Racer concept that broke cover at the 2017 Bangkok Motor Show. Reports suggest that the naked sport bike will come in two variants – ABS and Non-ABS. Though, no official word has been made on its India launch.