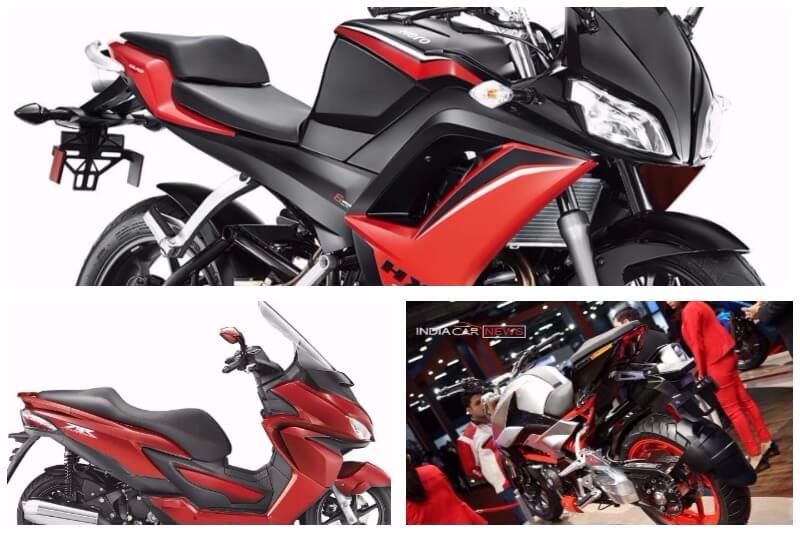 Hero MotoCorp, world’s largest two-wheeler maker is planning to launch a range of new bikes and scooters in the Indian market in the near future. After conquering the commuter segment, the company is aiming to enter into the growing 200cc-250cc motorcycle segment. Adding to it, Hero is also planning to launch a range of new scooters in the country. The next year’s Delhi Auto Show will witness launch and unveilings of several new Hero two-wheelers. Here we bring you the list of upcoming Hero bikes at Auto Expo 2018 with their expected price, launch and engine details. Read More – New Bikes At Auto Expo 2018 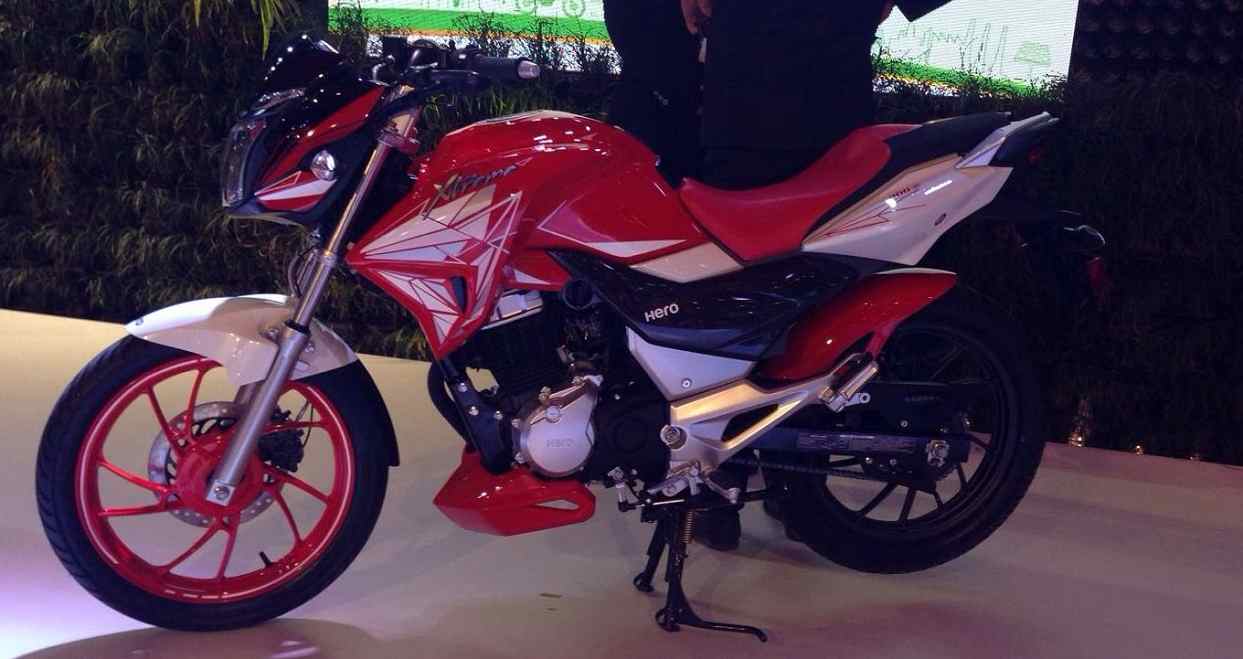 The long-awaited Hero Xtreme 200S is the first bike in our list of upcoming Hero Bikes at Auto Expo 2018. First unveiled at the 2016 Delhi Auto Show, the Xtreme 200S is also expected be launched at the 14th edition of motoring show. It will also mark the entry of Hero MotoCorp in the growing 200cc naked streetfighter space, which is currently dominated by TVS Apache RTR 200 4V and Bajaj Pulsar NS200. Design highlights of the bike includes sharp looking headlamp, LED tail and headlamps, digital instrument console, sculpted fuel tank, etc. At the heart of Xtreme 200S is a 200cc, 4-stroke, single-cylinder, air-cooled engine that is paired to a 5-speed gearbox. This engine churns out 8.5bhp of power and 17.2Nm of torque. 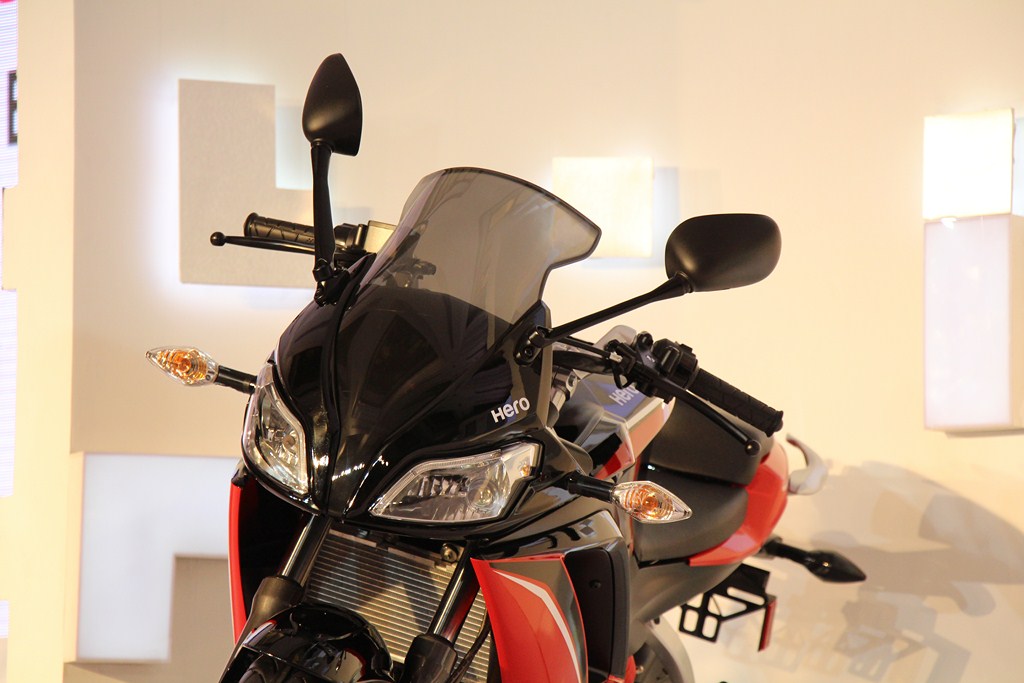 First unveiled at the 2014 Delhi Auto Expo as concept, the Hero HX250R made its second debut at the last year’s motor show. Likely to be launched in 2018, the new model in its production avatar will share podium with other Hero bikes at Auto Expo 2018. The bike will be manufactured at the company’s Neemrana based plant. It is also the first bike in its league to offer dual-riding modes – City and Sports. Powering the motorcycle is an all-new 249cc single-cylinder liquid-cooled petrol engine that produces 31bhp of power and 27Nm of torque. Power will be transmitted to the rear wheels via a six-speed manual gearbox. While Hero’s Combi braking system will be offered as standard, the anti-lock braking system (ABS) could come as optional. 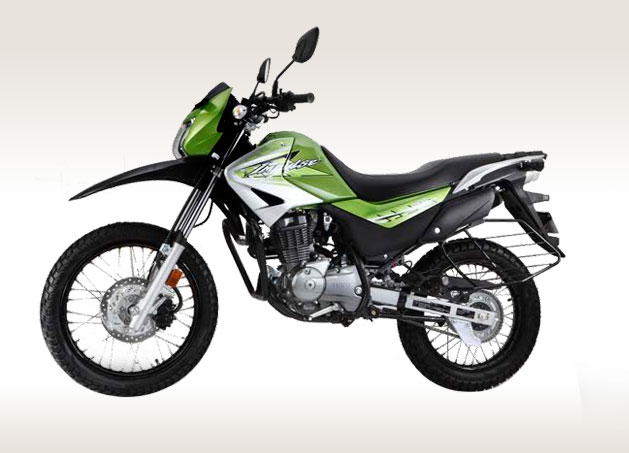 Hero MotoCorp is planning to give a new life to India’s first ever on-off road bike – Hero Impulse. Known for its engine performance, the Impulse failed to live up to the company’s expectation. The next gen model will get a more powerful engine. It is expected to get a newly developed 200cc or a 250cc petrol engine. While the 200cc motor could develop power close to 23bhp, the later is expected to produce an estimated power around 30bhp. This engine is likely to be fitted to a 5-speed gearbox that sends the power to the rear wheels. Read More – Honda Bikes & Scooters At Auto Expo 2018 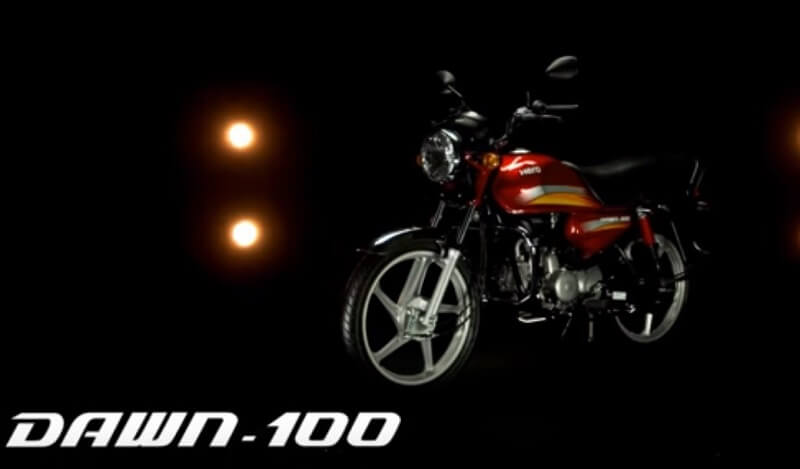 Besides performance bikes, the next model to join our list of upcoming Hero bikes at Auto Expo 2018 is a commuter – the CD Dawn. The company might introduce the new generation CD Dawn 100 and 125 in the country in early 2018. The updated model will get new step pillion with additional footrest, new speedometer, comfortable seat, new body graphics, improved performance others. While the 100cc version is powered by a 97.2cc, 4-stroke single-cylinder air-cooled engine, the 125cc model is equipped with a 124.7cc, 4-stroke single-cylinder air-cooled powertrain. Reports suggest that Hero might also introduce a more powerful (150cc) model of the bike. 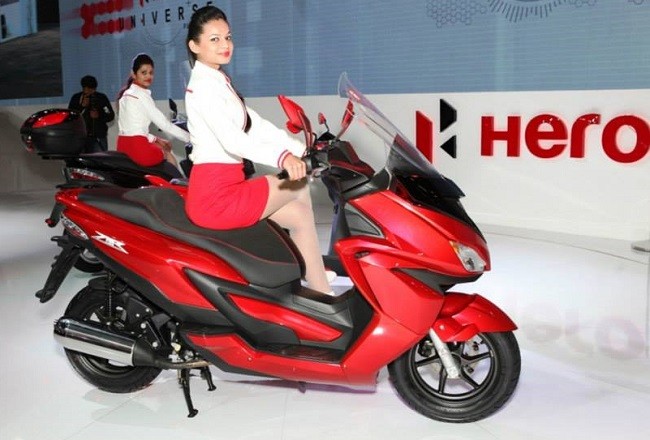 First unveiled at the Delhi Auto Expo in 2014, the Hero Zir will be the company’s most powerful scooter in the country. This maxi-scooter will be the most exciting product among all Hero bikes at Auto Expo 2018. It is expected to come in two versions – a ‘European Style’ step-through and the flat floorboard. At the heart of the Zir 150 is a 157cc, single-cylinder, liquid-cooled, 4-valve engine that churns out 13.9bhp of power along with a peak torque of 12.7Nm. 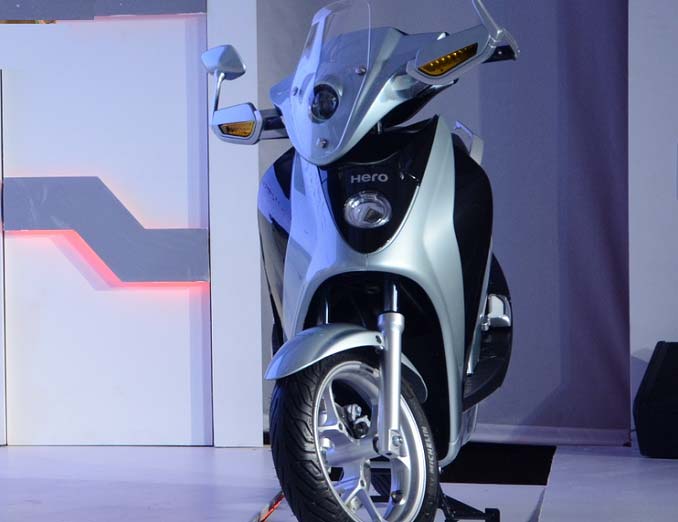 First unveiled at the 2012 Auto Expo, the Leaf Hybrid is India’s first indigenous electric hybrid scooter. It will be the next model to be unveiled along with other upcoming Hero scooters at Auto Expo 2018. Furthermore, this will be the first all-new Hero scooter for the European market that will be equipped with an 8kW PMAC (Permanent magnet AC) motor powered by lithium-ion batteries. Also Read – Upcoming Hero Bikes & Scooters In India